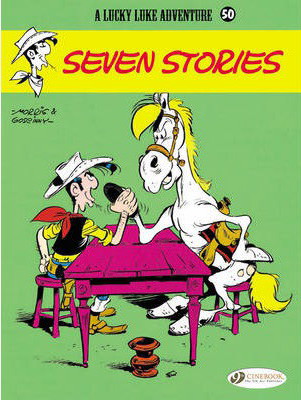 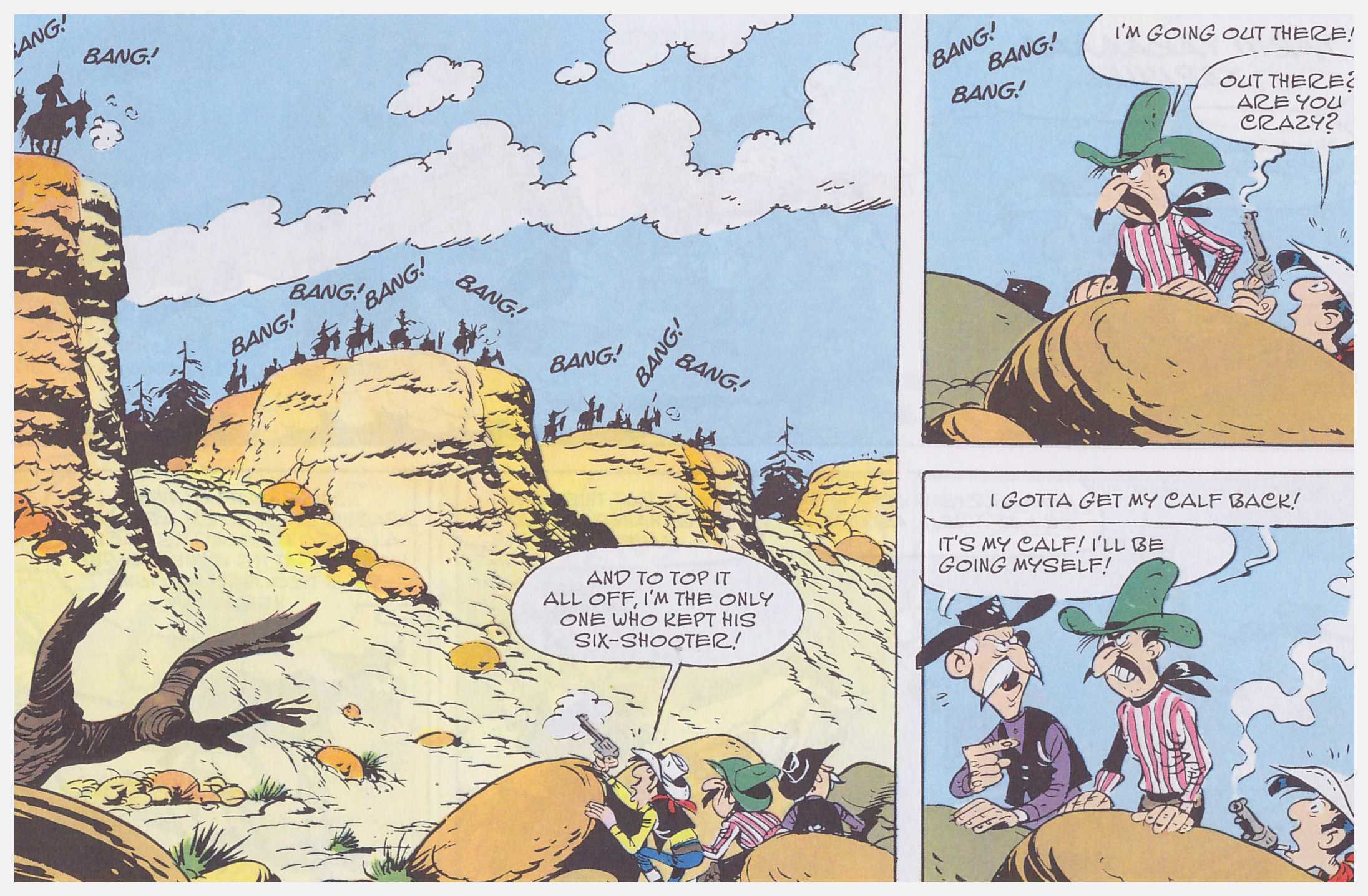 There’s something apt about Cinebook’s 50th Lucky Luke volume being unique. It’s actually the 42nd volume chronologically, dating from 1974, and instead of being one single story, as the title confirms, it’s actually seven individual tales each running six pages.

As would be expected from creators on a run of fine material, these are all professional, but in the sense of a sketch show rather than a sitcom. René Goscinny’s sharply honed sense of comic timing is displayed, and there are laughs aplenty, but for the most part these are extended gags rather than an extended narrative. Some, whisper it, are even slightly padded in order that they reach six pages, and many are predictable.

The most inventive tale is that of Leroy, the poorest shot in the West, whose girlfriend refuses to marry him until he becomes Sheriff of Chestnut Town. His solution is that he’ll fake a fight with Lucky Luke. Because the tale has little room to breathe, anyone reading will figure the ending as soon as there’s a revelation on page five, but it’s charming and entertaining anyway. The weakest concerns a peddler, with the one-note joke being an extensive stock for any occasion compressed in a single small wagon.

Other stories play on Luke’s good nature. He offers to take a child to the dentist only for the child to be a complete brat. He saves a cowboy from riding into Apache territory, thus saving his life, but then becomes embroiled an argument about who owns a calf. When placed in the invidious situation of being the casting vote in a beauty contest featuring a daughter apiece from two temperamental families, he’s unable to back out.

Morris’ cartooning is, as usual, impeccable. He never over-eggs the joke, he supplies magnificent Western scenery, and never shirks on the detail required. Check out his saloon fight on page 39. There are eight people brawling (plus assorted other body parts visible) in a panel occupying a quarter of the page in which Luke sitting down peacefully is the spotlighted figure.

What are we to infer from this volume? Was it the case that these vignettes were planned for other stories and cut due to lack of space? Or was it just a change of pace for Goscinny and Morris? Either way, although not poor, anyone wanting to sample a single Lucky Luke volume should go for one of the other Goscinny and Morris collaborations and only return here after they’ve read the remainder.