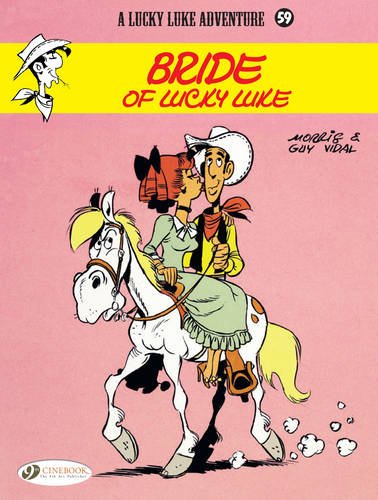 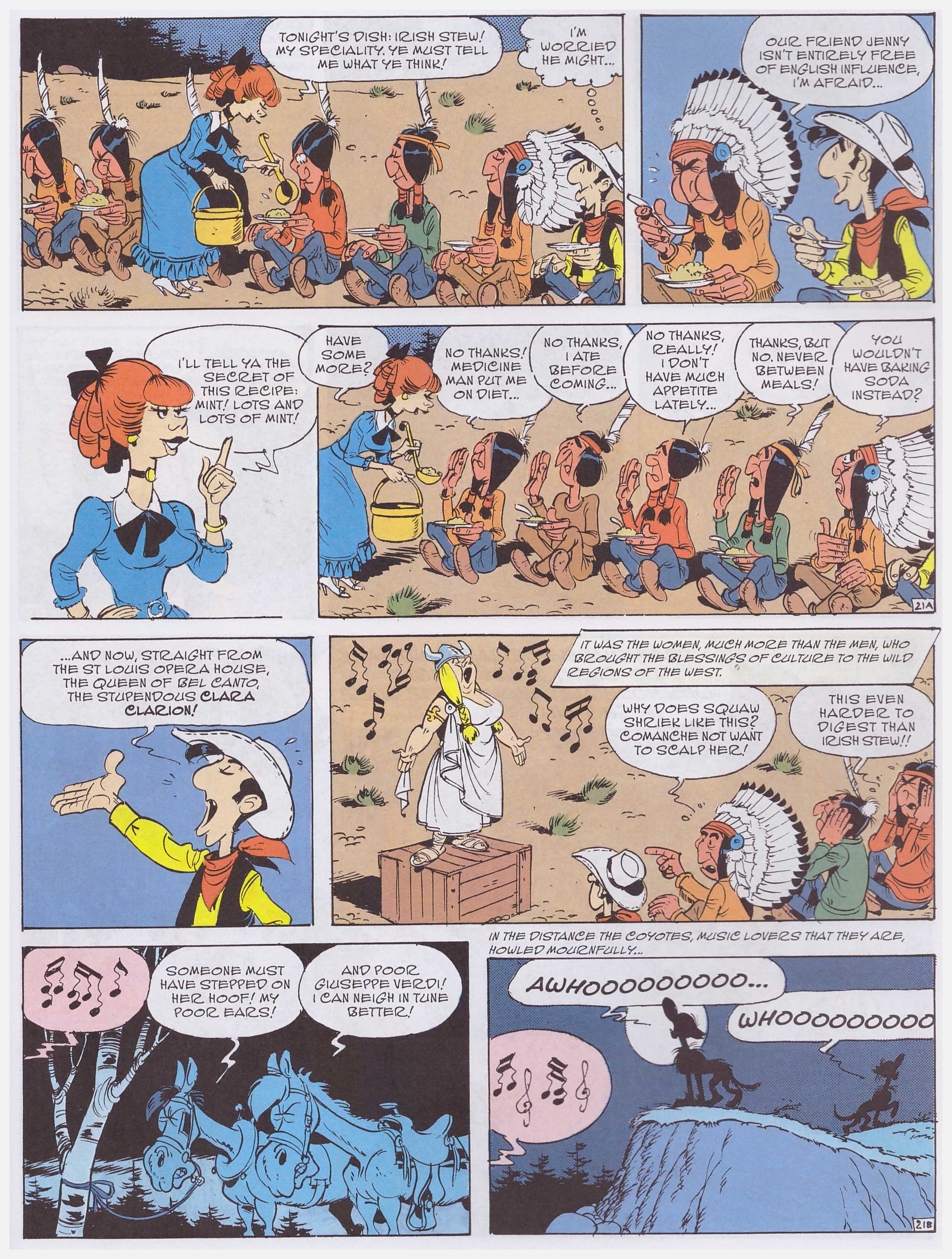 Guy Vidal’s main trade was as part of the editorial team responsible for long-running French comic Pilote, in which Lucky Luke was once serialised. He eventually become editor in chief, but kept his hand in by writing the occasional story…

Cinebook open this translation with a request that the casual sexism in what follows is seen as indication of how times have progressed, leading to visions of this being Lucky Luke’s equivalent to On the Buses. It’s not quite that insulting, but hammers home a parade of obvious jokes about women drivers, runs in stockings and women’s duties, and on many occasions the laughs are not at the humour, but Vidal’s sheer gall. He doesn’t stop with women, as we step into equal offence generated by the portrayal of the hairdresser required to accompany the women as they head West.

The opening pages refer to the vastly differing ratio of men to women in the pioneer towns of America’s old West, and the effects this has (no-one tidies up or does the cleaning). Men sent pictures back East in the hopes of attracting women to join them. As was common with Réne Goscinny’s scripts, Vidal seizes on a historical titbit to prompt his plot, although considering the source of most of his jokes the cameo for Carrie Nation is rather rich. So is accentuating the lyrics to Home on the Range at the mid-point. Never has the line “where seldom is heard a discouraging word” come across as so hollow.

It’s just after that point that the title begins to have some bearing. The prospective husband of one woman is in jail, so Luke is coerced into acting as her chaperone until matters can be settled. Domesticity and Irish stew doesn’t sit well with Luke, but when the entire town assumes he’s engaged how will he remain the poor lonesome cowboy we all love?

Bride of Lucky Luke was published in Europe in 1985, yet compared with 1961’s The Daltons Escape (containing similar scenes of domesticity) there’s little discernible difference in style. Morris was excellent in 1961 and remained so 24 years later. His visual gags are meticulously crafted, and his characterisation impeccable.

Yes, this is Carry on Patronising, but for anyone able to read it as a mirror to the time it was created (and many won’t) this is a decent enough Lucky Luke romp. There are laughs to be had that aren’t at the expense of women (although not many) and the cartooning is fabulous. 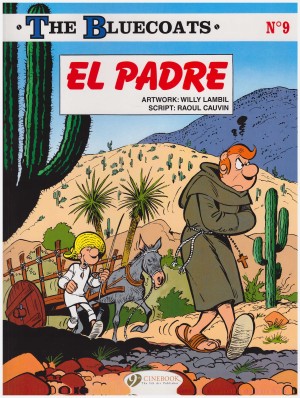