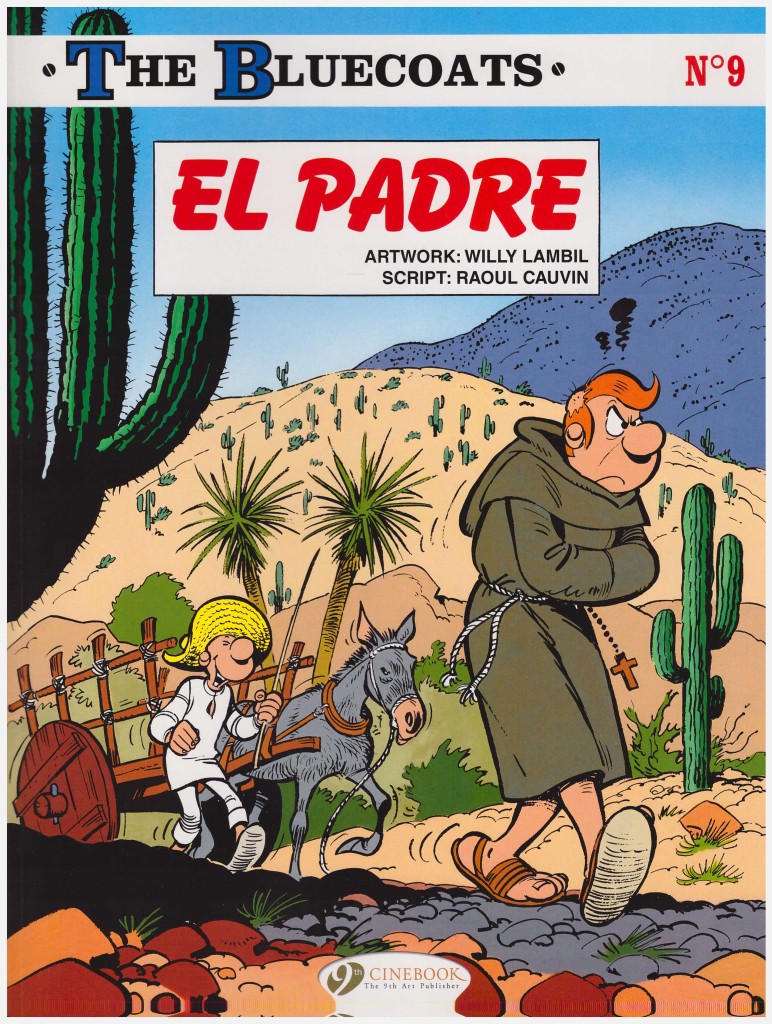 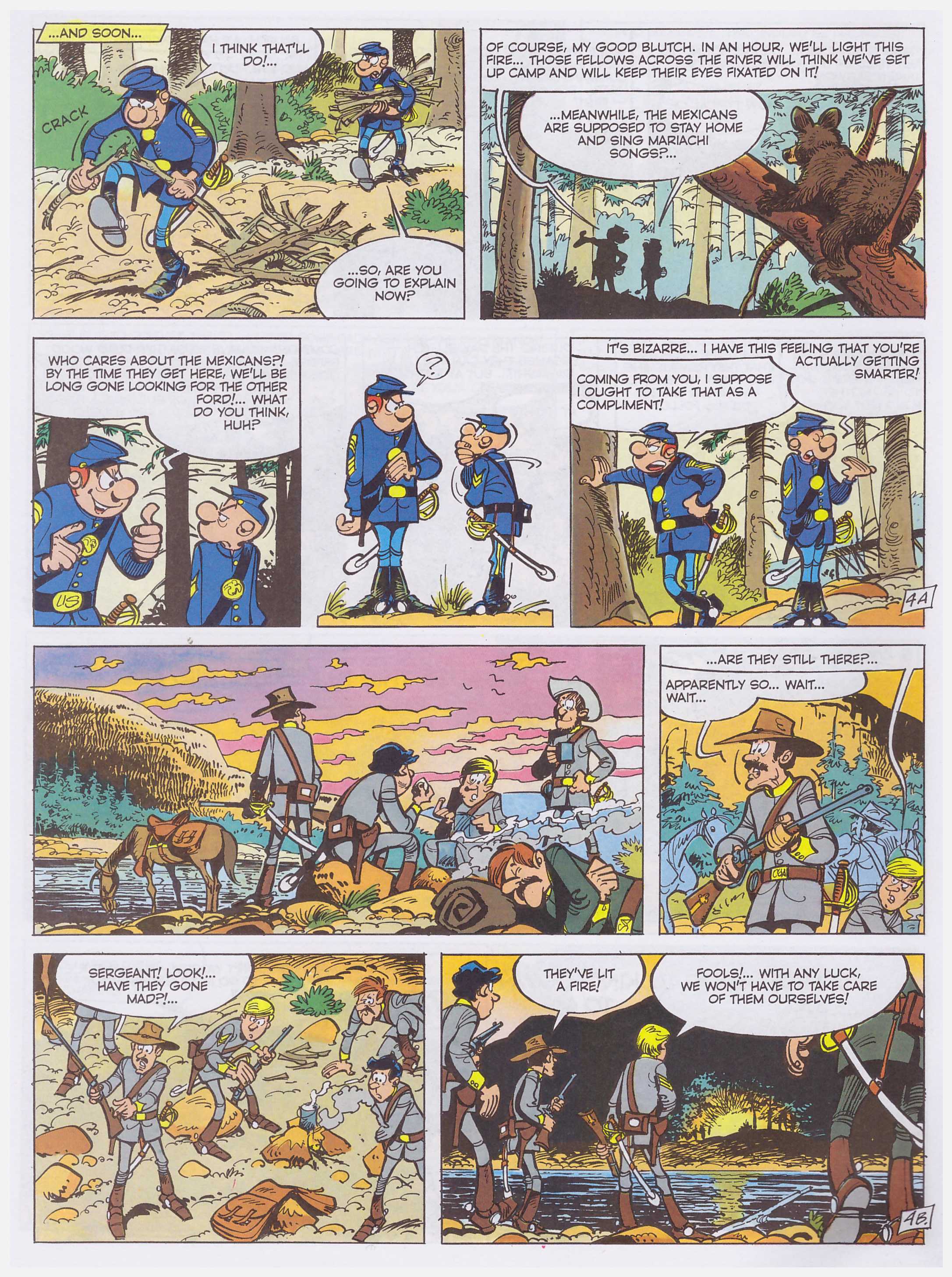 El Padre is the ninth Bluecoats graphic novel issued by Cinebook in English, but actually the 17th of the series. As with most European humour series, though, it matters very little in which order they’re read. Anyone coming to this blind will rapidly pick up that it’s about two Union soldiers during the American Civil War, Sergeant Chesterfield being straight-backed career military and Blutch a reluctant conscript wanting nothing more than to avoid conflict.

The album opens with the pair crossing the Rio Grande to evade capture by Confederate troops, but then unable to make their way back to the USA. There are dangers in Mexico, and to avoid these disguise is required, with Blutch becoming a peasant and Chesterfield, luckily able to speak Spanish, masquerading as a padre. Unfortunately for him, this also requires shaving the monk’s tonsure onto his head. Convincing in their roles, the pair are led to a town beset by bandits, yet lacking the weapons to stand up to them.

The situation develops into a scenario familiar to anyone who watched Westerns as a child, but presented in an original manner. While Blutch’s role is as the series conscience, neither of the leads is a typically heroic figure. Both know what’s right, with Blutch more likely to act on that, and there’s a tension within their fractious relationship that makes for an absorbing read. It’s only within limited parameters that we can predict how they’ll act.

Raoul Calvin would appear to construct his plot from A to Z very thoroughly, and then throw in the gags, as it wouldn’t take much to excise them. What would remain would be a serviceable Western thriller with plenty of twists, suspense and complications. Of course, you’d then have to draw it realistically, and the frontispiece illustration displays Willy Lambil more than capable in that style, if his landscapes and nature art didn’t already show that. The format demands comedy, though, so comedy it is with the cartooning excellent. Asterix’s Albert Uderzo or Lucky Luke’s Morris would be the gold standard for this type of cartooning, and Lambil’s not quite at that level, but not far behind either. You can tell what his characters are feeling just by looking at them, and there’s no skimping when it comes to the detail. The climax requires an entire Union troop crossing the Rio Grande to meet an equally large number of foes, and it’s all there on the page.

Although incredibly popular in Europe for decades, The Bluecoats has an almost non-existent English language appreciation, and it’s time that changed. 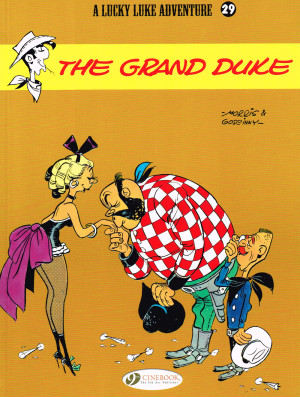