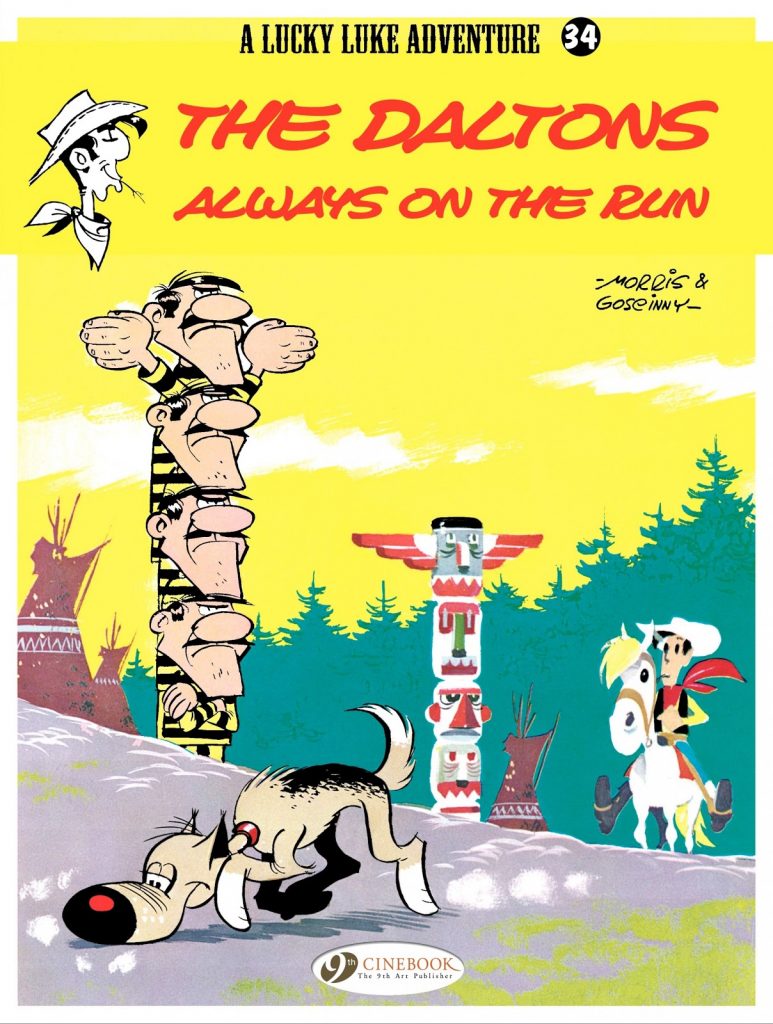 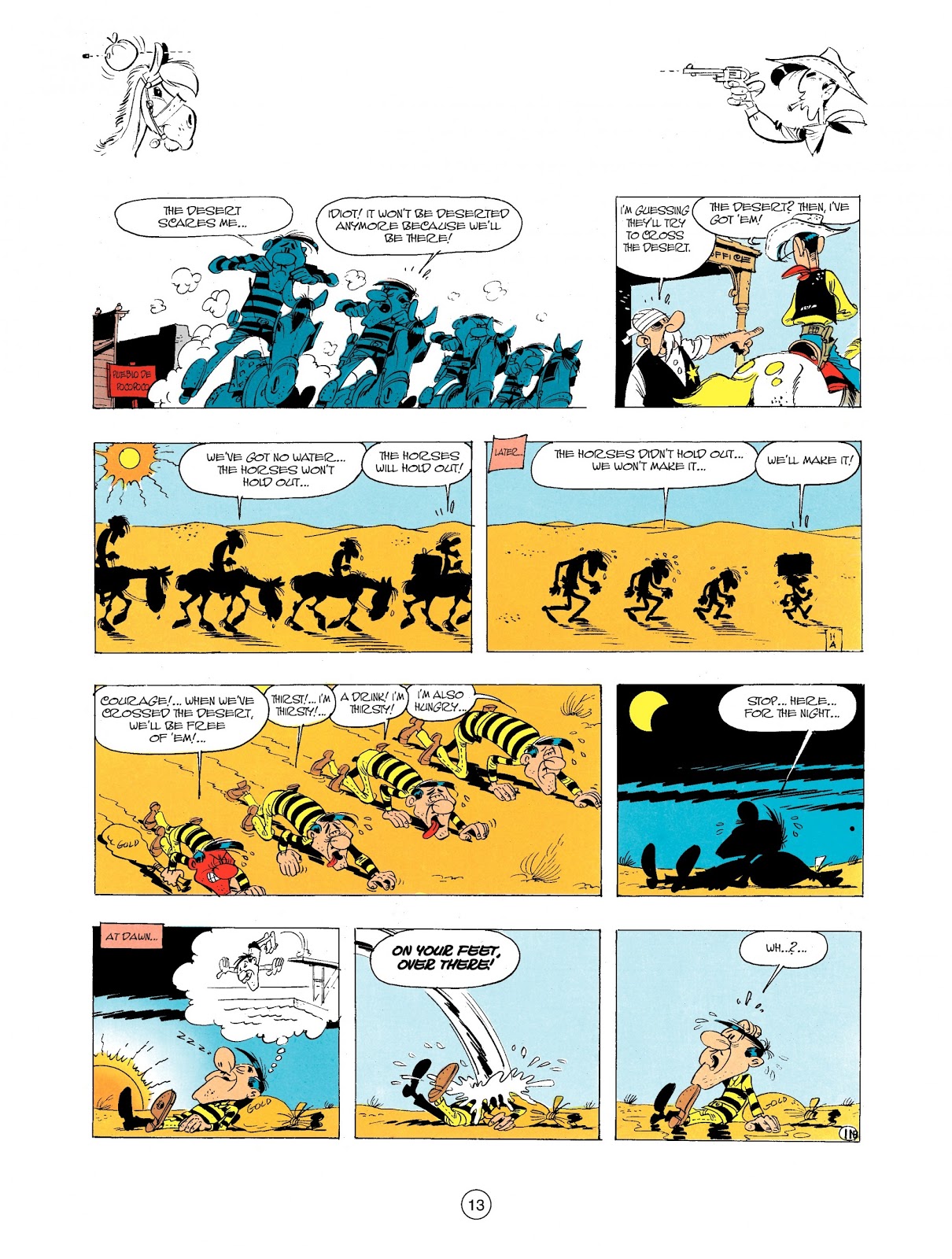 Originally published in 1964, the awkwardly titled Daltons Always on the Run is René Goscinny and Morris just past the beginning of a golden run of Lucky Luke stories, all of them meticulously plotted comedies. What’s astounding about the best of them is how each of the stories works as a complete adventure, yet when broken down into half pages as originally serialised there’s no loss of quality, as seen by Morris’ cultured sample art.

This is a little more episodic than The Daltons in the Blizzard, the story beforehand, and The Wagon Train, which follows, feeling like one short story welded to a longer one. At the start the new President issues an amnesty for criminals, meaning the Daltons are released with everyone else, but only knowing one way of life. Luke does his best to prevent an immediate return to jail, but it inevitably occurs. That’s when the main story kicks off, as the Apaches attack the prison, freeing the Daltons again in the process.

During this period there seem no limits to Morris’ cartooning skill. He’s almost twenty years into his career, has spent enough time in the USA to draw the distinctive landscapes from memory, and they have an impressionistic realism that you don’t notice at first as his cartooning is so full of life and detail. Movement, silhouettes, poses, expressions, pacing… It’s an all round first class performance, and because Morris achieved this on dozens of Lucky Luke adventures, it’s perhaps not recognised how good he is.

Without going into too much detail, Averell, the dimmest of the Dalton brothers (which is really saying something) comes to be regarded as mystical by the Apache, who’re therefore very protective of him. It enables the Daltons to add an extra level of intimidation to their criminal activities, and therefore an extra level of comedy, while the Apache chief’s command of other languages is also funny. As ever, Goscinny works in some actual historical details for authenticity.

Because The Daltons Always on the Run takes a while to get going, it’s not quite the match of the surrounding books, but still very funny and beautifully drawn.