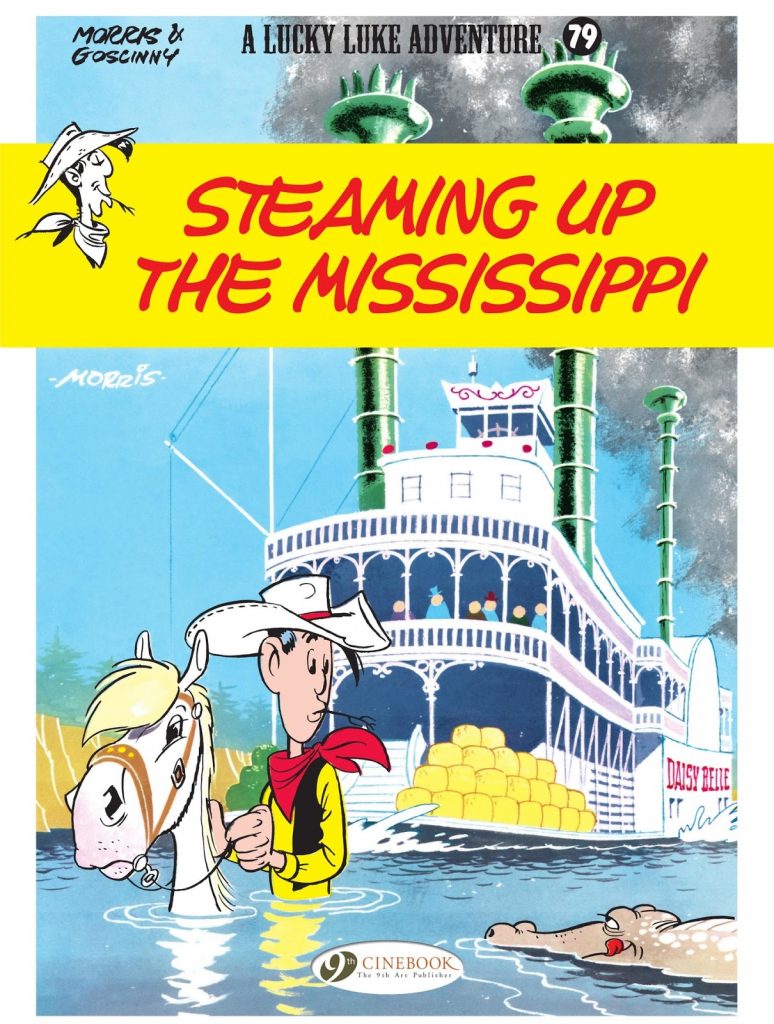 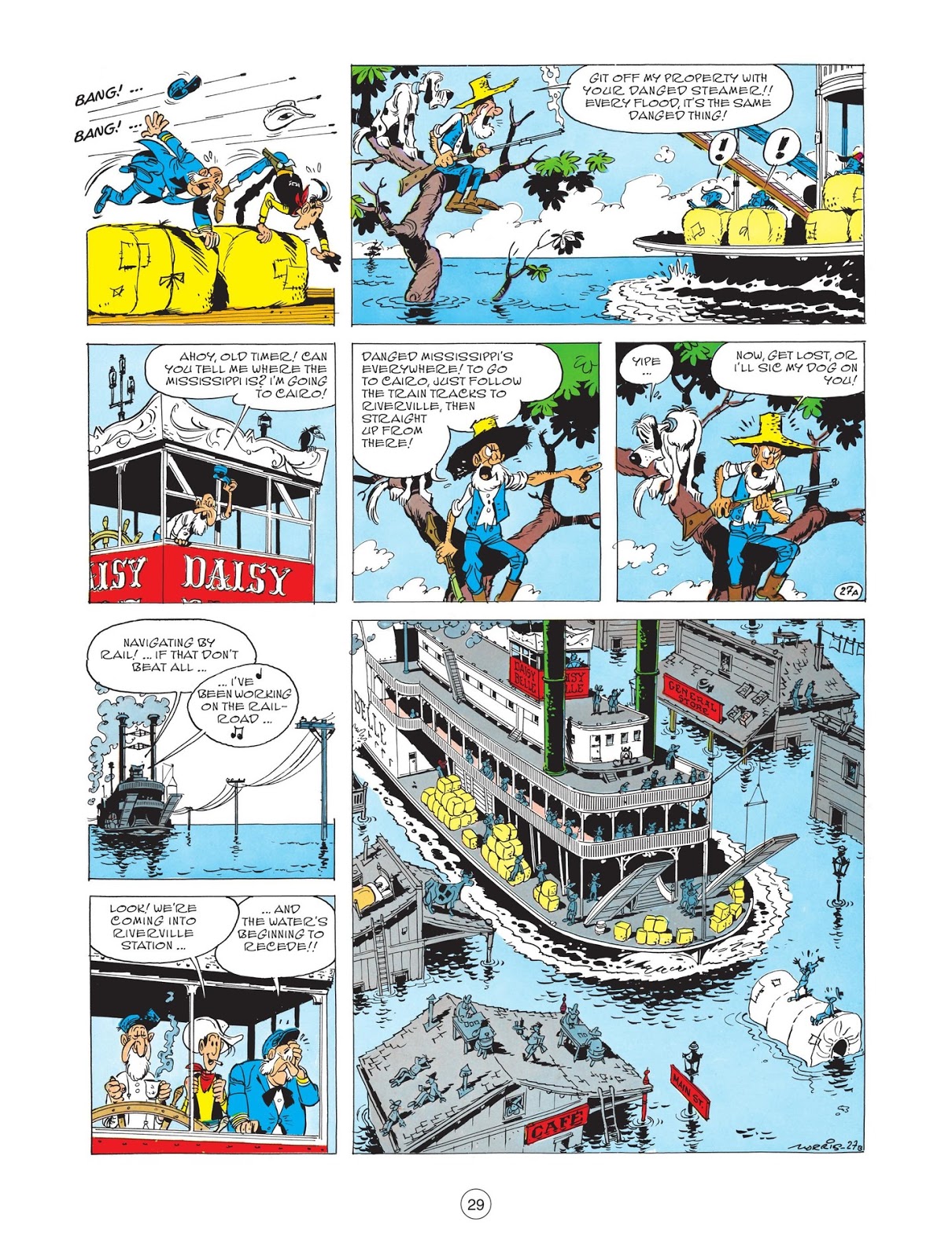 This 1961 outing is the second of the René Goscinny and Morris Lucky Luke collaborations Cinebook have delayed publishing in English, aware of greater cultural sensitivities about racial caricatures. It’s ironic, then, that it finally appeared in 2020 as Black Lives Matter marches were held throughout the USA and UK for a period of months.

As with earlier stories now liable to cause offence, particularly Rin Tin Can’s Inheritance, there’s an editorial explaining how the creators weren’t racist, just products of their time. However, unlike stories where racist caricatures were the only problem and Cinebook chose not to alter them, Steaming up the Mississippi presents more complex issues. It could be argued that these African Americans characters are no more caricatured than white folk, shown as individuals, looking different, yet with exaggerated lips. However that also plays into a more pernicious stereotype of appalling racist caricatures going back a century. Further offence is caused by the portrayal of all African-American characters as idle and unwilling to work. It’s their sole characteristic and while anyone enslaved would do as little as possible, there’s no effort to present any kind of positive contrast. It’s not good enough to have an introduction claiming the creators were no racists when their ‘jokes’ perpetuate stereotypes, and even more offensive is the introduction claiming Goscinny used them in order to ridicule them. There’s no difference between Goscinny’s “ridicule” and the Le Pen family truths, and there should be no place for either in the 21st century.

The story concerns Luke’s involvement with two riverboat captains having a race to determine which of them should have exclusive rights to trade from New Orleans upriver. There are distinct similarities with the Uncle Scrooge story ‘The Great Steamboat Race’, each featuring skullduggery and dirty tricks on the part of an obvious villain. Moving the action to the water gives Goscinny a new venue for his creative jokes. He makes good use of a riverboat captain who’s always experienced something worse, no matter how ridiculous the circumstances become, and the selection of rogues who attempt to sabotage one boat are varied and funny. The detail on the riverboats gives Morris a lot more work than land-based Lucky Luke adventures, and there’s noticeably less time spent on the colours, with a fair quantity of panels just given a grey wash. However, a close look reveals the number of funny visual gags included on the sample page’s large panel. Greater attention is drawn to the visual gag of Luke sleeping on Jolly Jumper’s back as he gallops along.

Due to the offensive elements, Steaming up the Mississipi can’t be recommended, but the jokes and art are highly skilled Goscinny and Morris. However, there are over thirty Goscinny and Morris Lucky Luke stories, most of them great, and that’s more than enough to have enabled this to have remained buried in 1961.