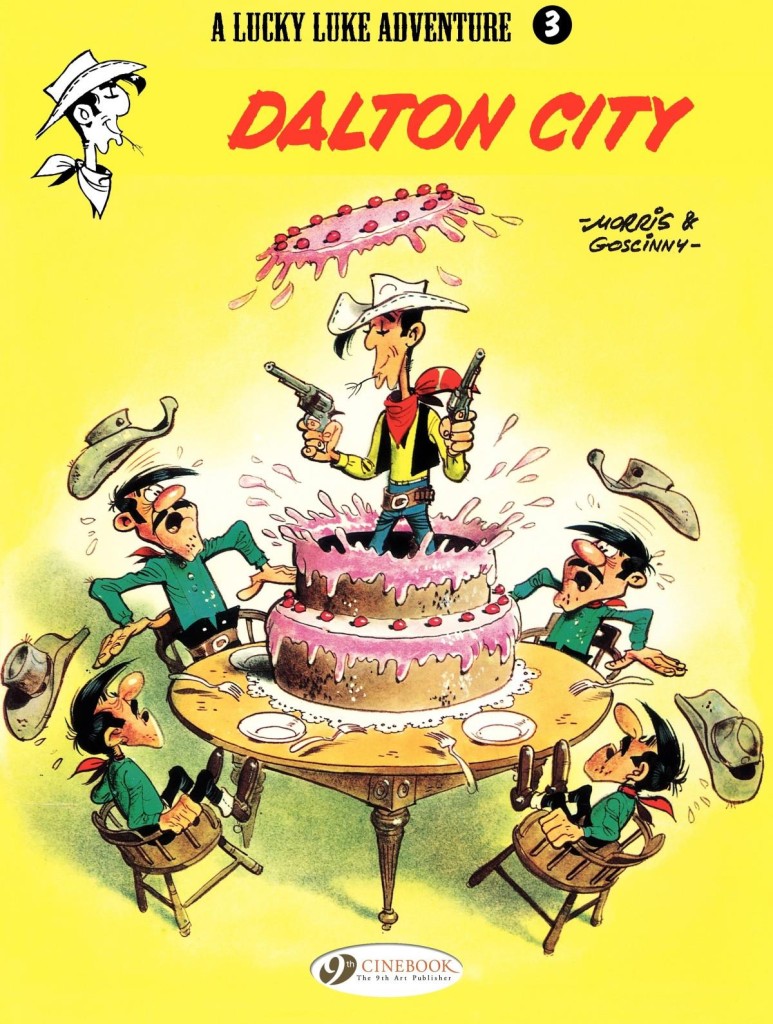 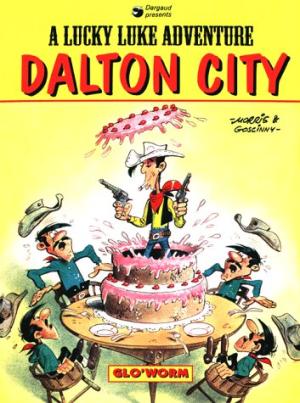 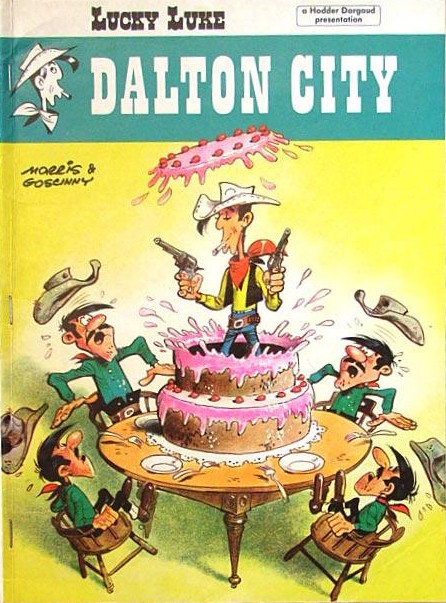 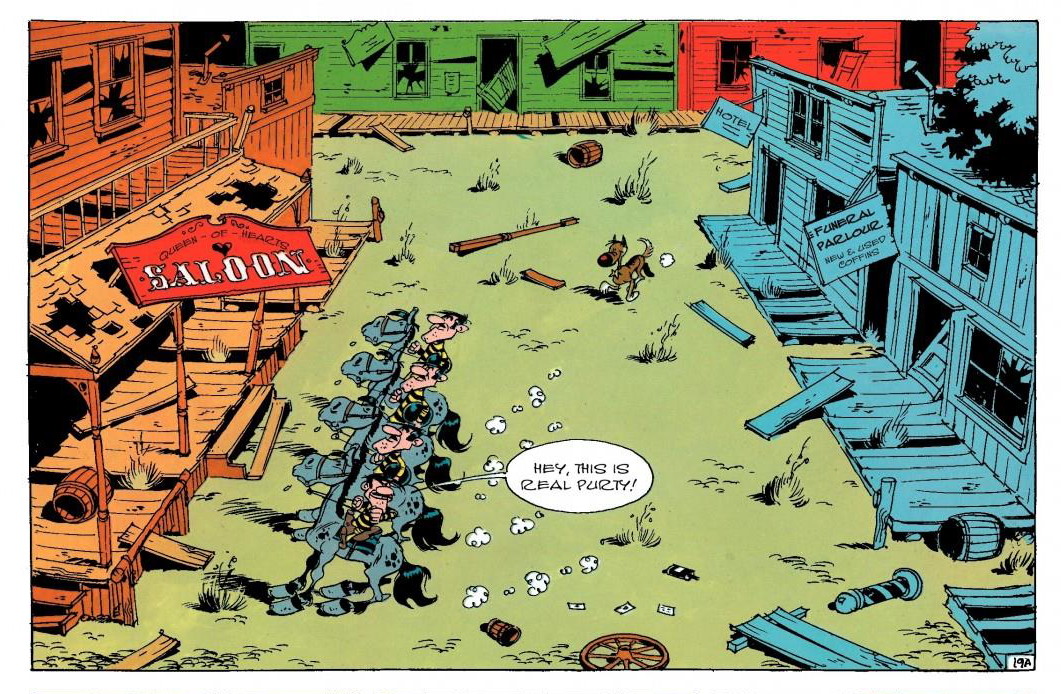 In the earliest pages a new arrival is imprisoned, and Dean Fenton enthrals the three younger Dalton brothers with his stories of how he once ran an entire town. Joe, while in an ornery mood is also paying attention, and when the Daltons escape they decide that their own town is just the ticket.

The one element they haven’t taken into consideration is that when the place was Fenton City Fenton had an entire crew of scoundrels to do his bidding. The running joke René Goscinny establishes is the Daltons attempting to do everything themselves from manning the stables to running the hotel to cooking the meals. Needless to say, this leads to a fractious relationship between the various brothers, and a further wedge is driven when the dancing girls arrive.

Lucky Luke has it rather easy for a change, that is after the exertions of the opening pages, as he’s the test customer to ensure the services the Daltons provide are up to scratch. He then suggests that what might attract people to the town is a wedding, and the invitations are dispatched (“sheriffs and similar coyotes prohibited.”)

The cartooning from Morris is, as ever, superb. Just look at the authentic ghost town he’s created (featured illustration), which is all the better for reflecting an earlier scene when the town was in its pomp, and the amusing way the Daltons arrive there in a line.

Goscinny really isn’t trying too hard here, with an element of predictability about much of the plot, but even a coasting Goscinny supplies enough decent jokes to ensure Dalton City is still a story that many of the later writers would be proud to have delivered.

There have been two editions prior to the current Cinebook publication. In 1972 Brockhampton Press attempted to institute a line of Lucky Luke books, and issued six over a three year period before poor sales stopped the experiment, and a similar fate befell Glo’Worm’s 1998 edition.