Lucky Luke: Bridge Over The Mississippi 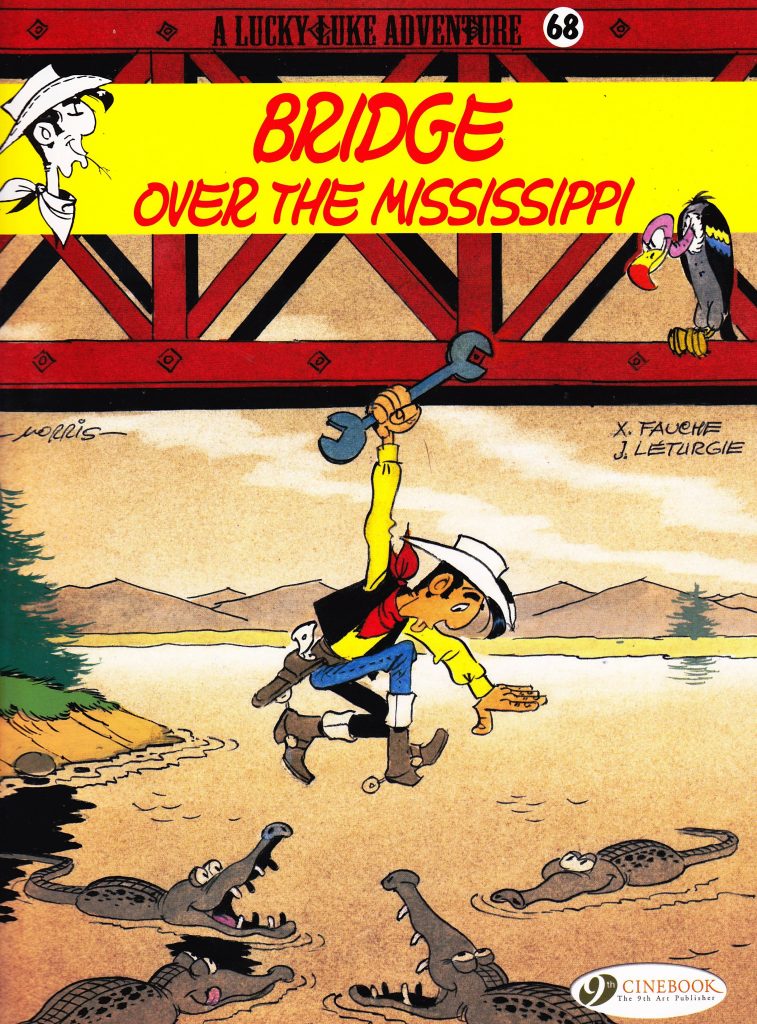 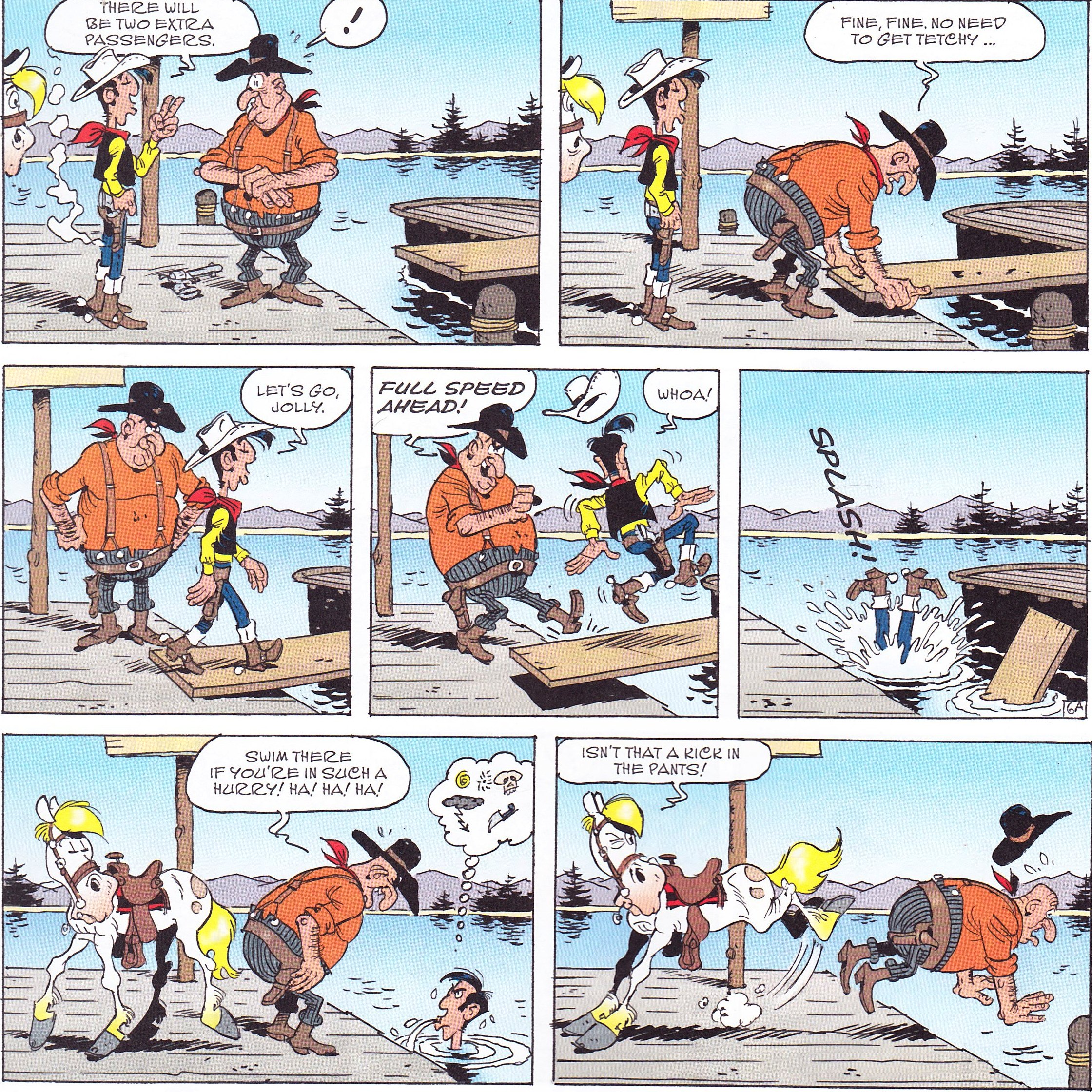 Settlers searching for a new life during the Westward Expansion of the United States in the 1800s overcame many obstacles, but the greatest was the Mississippi River. As the fourth longest river in the world, over 11 miles at its widest and no real bridges to speak of, it proved one hell of a challenge until Captain James Buchanan Eads built the Eads Bridge connecting St. Louis, Missouri and East St. Louis in Illinois over the river. Prior to that, you had to go a long way north or use one of ferry companies who ran a thriving trade. These were frequently operated by unscrupulous businessmen set on fleecing would be settlers of all their money.

In Bridge Over The Mississippi those businessmen happen to be Bart Cayman and his thuggish brother Eric. With ventures on both sides of the Mississippi they are ridiculously rich and Bart has been elected Mayor of both settlements. Elected is a more generous term applying to bribery and threats. They have a sweet deal and are none too pleased that a bridge is being built through their patch as they also own the ferry companies. So Captain Eads being assigned as chief architect of what will be a wonder of engineering does not sit well. The US President is well aware of the furore the bridge will cause so he assigns Lucky Luke to ensure the project goes smoothly. Initially Luke isn’t impressed. He feels it is a waste of his time, since protecting a bridge doesn’t quite fit the description of fighting injustice and corruption. That is until he meets the Cayman Brothers himself and suddenly has a change of heart.

Bridge over the Mississippi is a humorous retelling of the building of the Eads Bridge and the resistance it met. Published in 1994, it’s a fairly standard tale from Xavier Fauche and Jean Léturgie with Morris on art. Unusually, it’s not a funny story per se, more humourous adventure with a few jokes but the narrative flows fairly smoothly from one point to the next. In that aspect the idea is well executed. It’s Morris that doesn’t start off too well with the varying quality of the first quarter immediately noticeable, with even Lucky Luke’s features lacking consistency. When Morris does get going his panels are a hive of activity from the bridge building to the bustle in the Cayman Brother’s various establishments. Their money making schemes and swindles are very inventive and there are a few brawls that occupy the space. The cast looks good, each unique, but there isn’t any real zing to the proceedings. For the bigger scenes Morris resorts to recycling similar poses and actions for multiple characters and repeats the technique in the brawls. Clearly this is not Morris at his best, but there are those golden moments when we see flashes of his old flair. They’re few in number but they are fun to see and once he gets his hand in over the first few pages his caricatures can’t be faulted.

Bridge over the Mississippi is decent enough for a quiet read on a lazy afternoon and Cinebook follows the original European publication order by issuing Kid Lucky next.