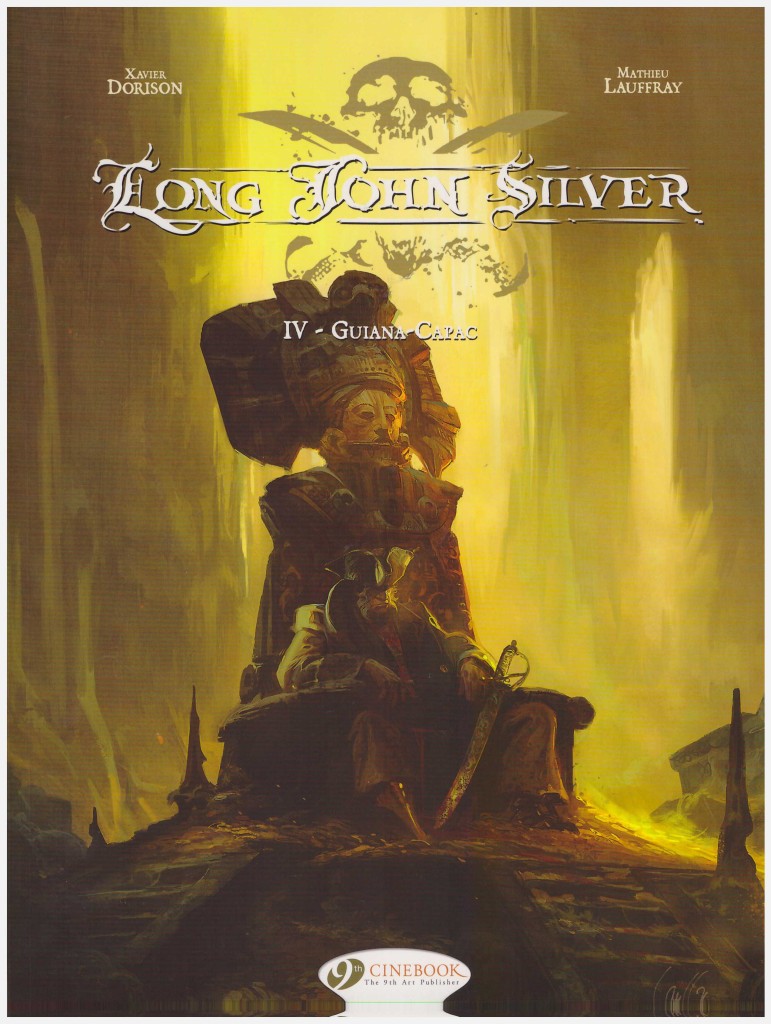 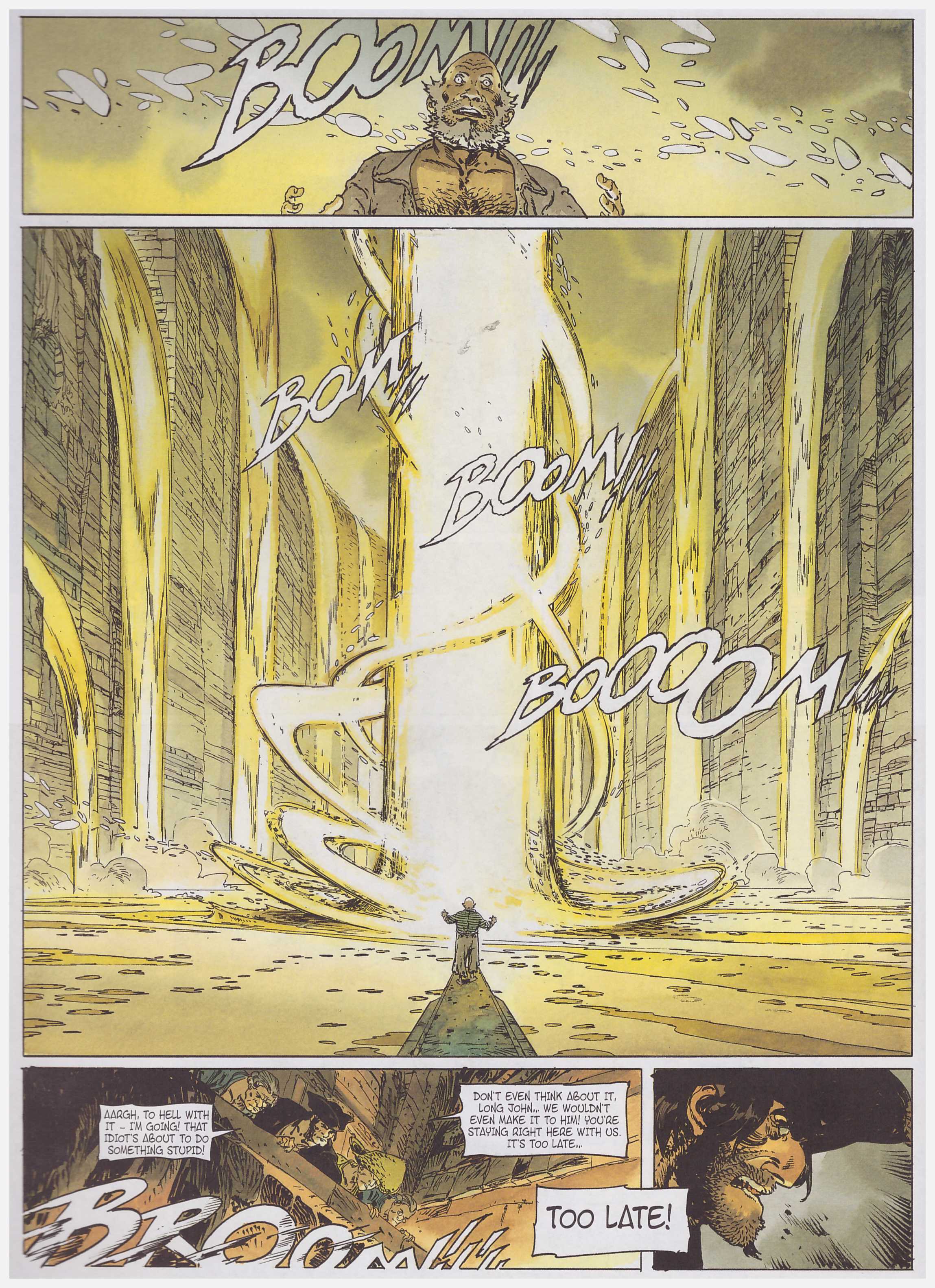 Long John Silver’s quest for the legendary gold horde of El Dorado very much took a turn for the worse in the final pages of The Emerald Maze. Up Shit Creek without a paddle would seem to apply, but as Silver points out himself, you’ll have forgotten to take one thing into account: “I’m always right”. It’s just as well he possesses that certainty because we hit an extremely divisive narrative speed bump in Guiana-Capac.

Over three preceding books Long John Silver has been true to its Treasure Island source. The complexities of Silver’s sometimes contradictory character have been well presented, and the story has been an 18th century quest for treasure prioritising piratical skullduggery. Here we take a swerve into almost Lovecraftian horror, much of which is surely at odds with the homage to the character the creators claim to be supplying. If you can accept this transition then its as you were. Silver is still well-portrayed, the action levels are high, and writer Xavier Dorison delivers a clever reason for the presence of a character who’s seemed rather out of place since the start.

The pivot on which the plot turns is Moc, the South American native dispatched by the since disappeared Byron Hastings to fetch his wife to the lost city relocated in The Emerald Maze. We learn far more about Hastings and his motives here, contradicting much of what has previously been assumed by the cast, and the addition of a spiritual element to his quest works. This, however, is set against the remainder.

Placing that to one side, as in the previous books, there are some excellent sequences, not least several wondrous discoveries, the thrilling rush of danger, and the final insights into Silver’s personality.

Mathieu Lauffray’s art has been first rate throughout, and he’s been very impressive in establishing a sense of scale, be it a single ship at sea, or here when Silver and companions first arrive at their destination, and then later and further in. The new cast members needed for the story are suitably imposing and terrifying, and his Inca-style backdrops every bit as good as his naval scenes.

If the sudden swerve into a different genre isn’t a concern then Guiana-Capac matches the quality of the previous books. Those who consider this an unwarranted intrusion will be disappointed.