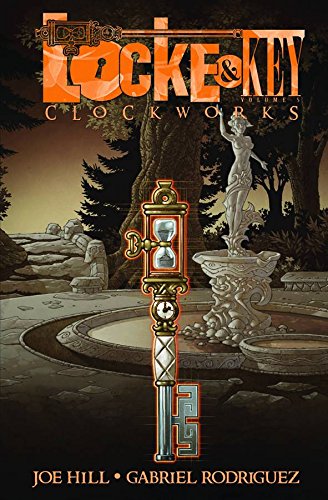 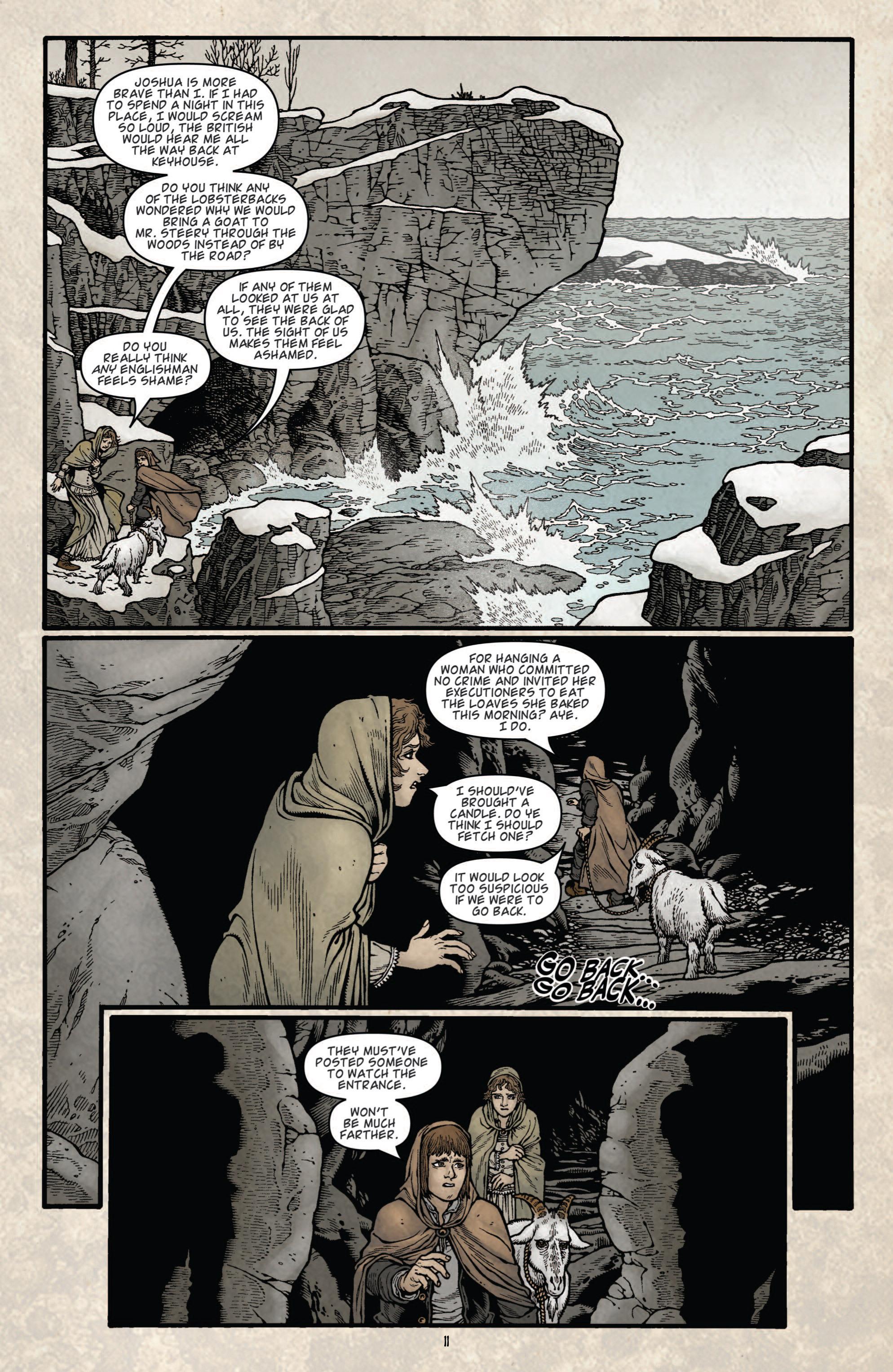 Possibly as a matter of keeping tabs as much as anything else, each Locke & Key graphic novel has updated on the known keys located around the old mansion the Locke family now live in. These have been written as if the work of the house’s 18th century owner Benjamin Locke, in archaic language and dropping in references to times past. These back of the book features now have a greater relevance as we meet the young Benjamin during the American War of Independence. Via the strangeness of the key and Locke system, so do others.

It’s Joe Hill’s elegant method of filling in almost all the final details of the strangeness of the Keyhouse, what lies beneath it and the dangers it poses to humanity as a whole. Following a series of books set almost exclusively in the present day but entirely influenced by the past, it first appears a nice change of pace, but Clockworks features the past repeatedly and decisively as revelations come in torrents. Tyler and Kinsey might have learned some new information, but they’re unaware of a considerable threat closer to home. As detailed in Keys to the Kingdom, there’s a change in their seven year old brother Bode, now possessed by a malign spirit and possibly scarier than anything in the series to date.

This book also proves there’s very little that’s occurred in the series lacking a purpose. Hill’s been excellent at picking up on matters that appeared done and dusted, or forgotten as of no further consequence. As a for instance, we saw inside the heads of Kinsey and Bode Locke earlier in the series, but Tyler’s inner thoughts remained concealed to the reader. Not any more. The result of that is both another character becoming complete again and far more.

Gabriel Rodriguez is again spectacular, and can be forgiven for re-using a magnificent spread from Head Games, which is recontextualised in charming fashion. The Locke kids have been through events that would have most of us breaking down, so it’s nice of Hill to give them a brief oasis of comfort and pleasure. In a clever homage it’s followed by dramatic scenes echoing Shakespearean tragedy that leads into something surprising and brilliant.

The remainder of the book plays out the past of thirty years previously, revealing in detail what’s only previously been oblique hints. Yet there’s a downside. For the first time there’s a feeling of the cast being manipulated to service the story. At times the definition of their personalities is very broad, and while how they act surprises as required, there are occasions when there seems little foundation. Within this Hill neatly services the present day scenes, providing explanations for what may have appeared convenient in previous volumes. It’s also possible to do some reading between the lines and speculate about what Hill’s not explicitly disclosing, which is always fun.

By the conclusion of this book Tyler and Kinsey Locke are fully aware of past events, receiving what’s eventually been an unwelcome insight into their father at their age. It sets up the finale of Alpha & Omega very nicely indeed.