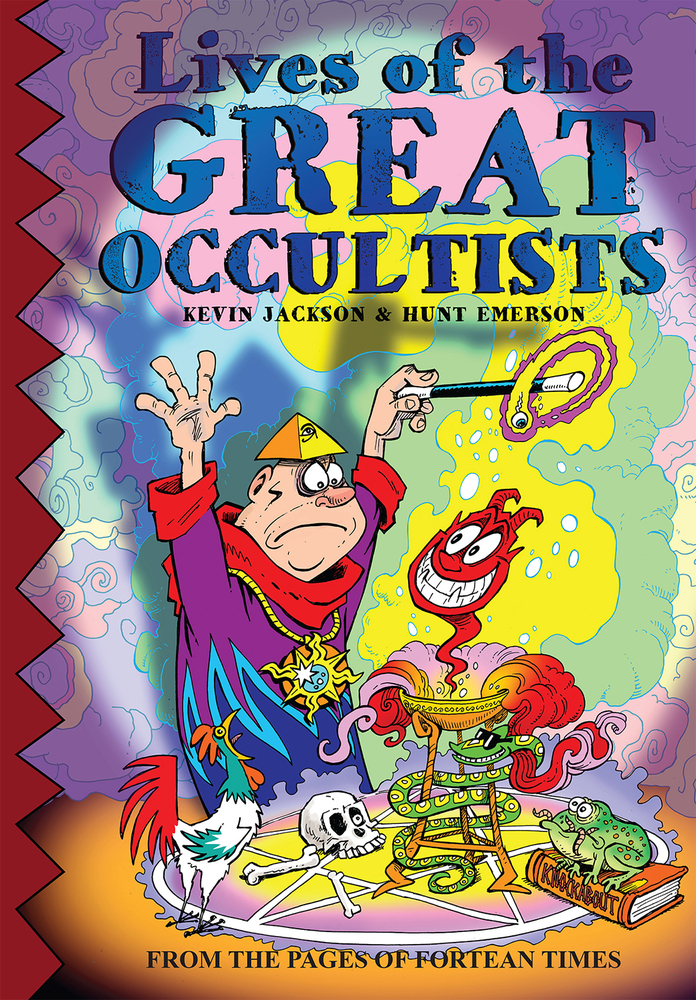 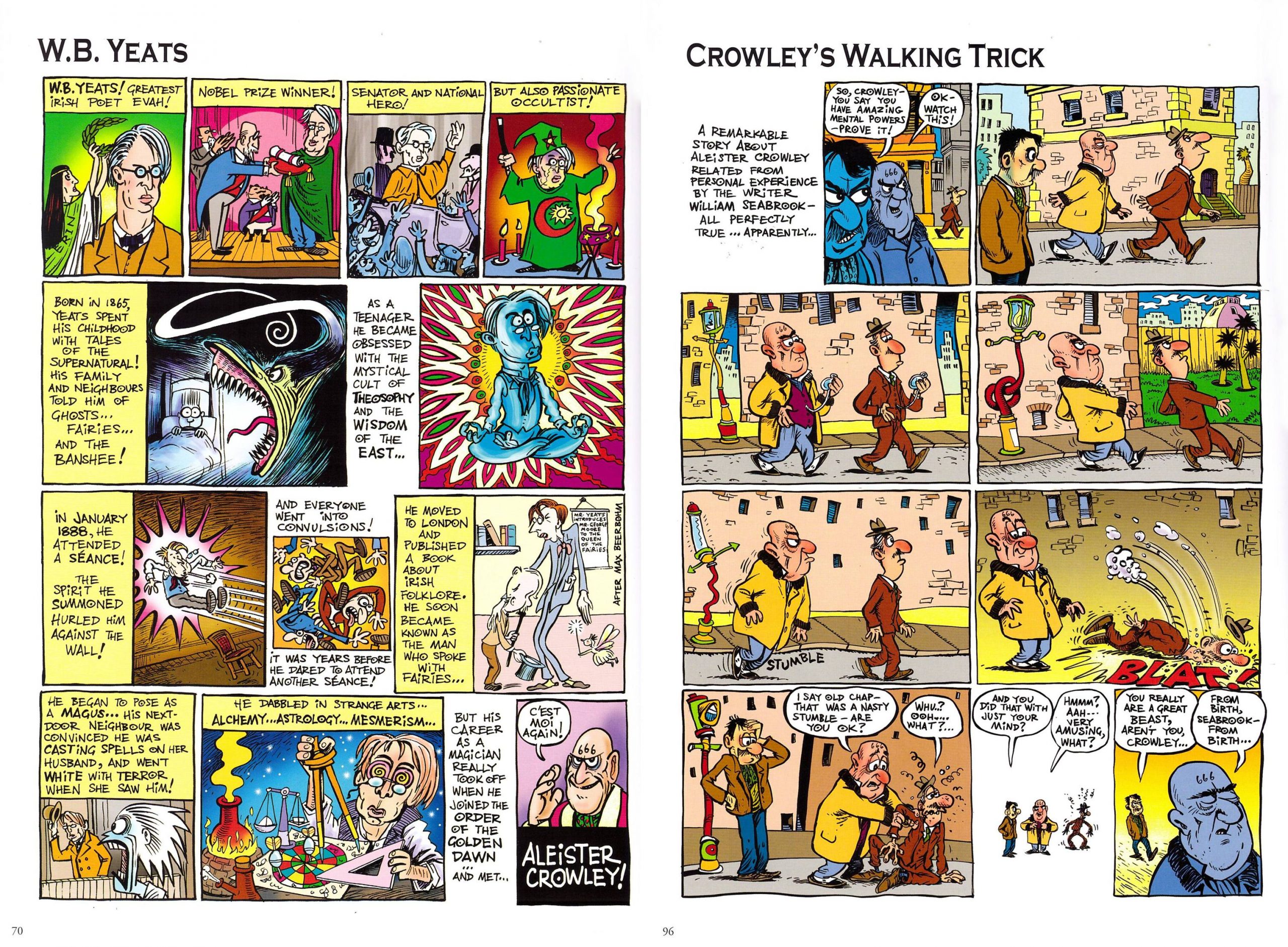 Occultism achieved a curious flourishing in the late Victorian era, when for all the public conformity enquiring minds were permitted to flourish. However, the problem with most occultists, obscure, famous or infamous, is that they’ve come across as such earnest and pompous individuals, perpetuating beliefs most would hope humanity had outgrown. The ideal version of their stories, then, is anecdotal and amusing, yet Kevin Jackson and Hunt Emerson’s approach isn’t just to lampoon. These strips, after all, first appeared in Fortean Times, a magazine dedicated to the open-minded investigation of the unknown. They relish the inexplicable attributed to the likes of John Dee, and the shit-stirring Aleister Crowley, and take a broad view of what constitutes an occultist. This ranges from active demon solicitors such as Crowley, through those about whom rumours spread, to people considered in league with the devil as their views discounted the Catholic orthodoxy of their times, or those who just saw what others didn’t.

And what a wonderful parade they are, most sincere, some of them absolute chancers, but each with a remarkable aspect. Victoria Woodhull stood for the US Presidency in the 1870s, it could be said that many of Mother Shipton’s 16th century prophecies came true, and Austin Osman Spare was the only survivor of a torpedoed troop ship. Beyond being noted by Crowley as the rightful wielder of Excalibur, Evan Morgan’s exploits are slight when compared to most others featured, but his mother lived in nests of her own construction.

Only Crowley’s activities rate more than four pages, and that’s because he may well have been an odious self-promoter, but he also had a sense of humour providing a rich seam of anecdotes. His path crosses with numerous others of his era, and he’s amusingly drawn by Emerson as a constantly scowling figure with 666 on his forehead. That’s covered by his hat on the cover portrait.

Emerson’s cartooning is comedy brilliance. He takes Jackson’s erudite and already funny scripts and adds the magic pixie dust beyond the capabilities of even other very good cartoonists. There are constantly diverting surreal background inclusions, imaginative visual references such as Freud and Jung cast as Morecambe and Wise, sparkling exaggeration, and great caricatures topped off by spectacularly brilliant colouring adding greater life. Jackson and Emerson love a pun, visual or verbal, and as seen on sample art, are fond of inserting themselves into the strips to comment on the obviousness of some puns.

As a bonus beyond price, the introductions are accompanied by four of Emerson’s portraits, with another of Crowley at the end. Because the cartooning is so spectacular, Lives of the Great Occultists is recommendable on that alone, but anyone with even a vague interest in those able to see beyond the commonplace is in for a real treat.