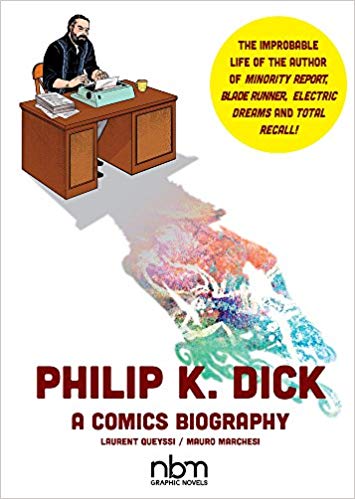 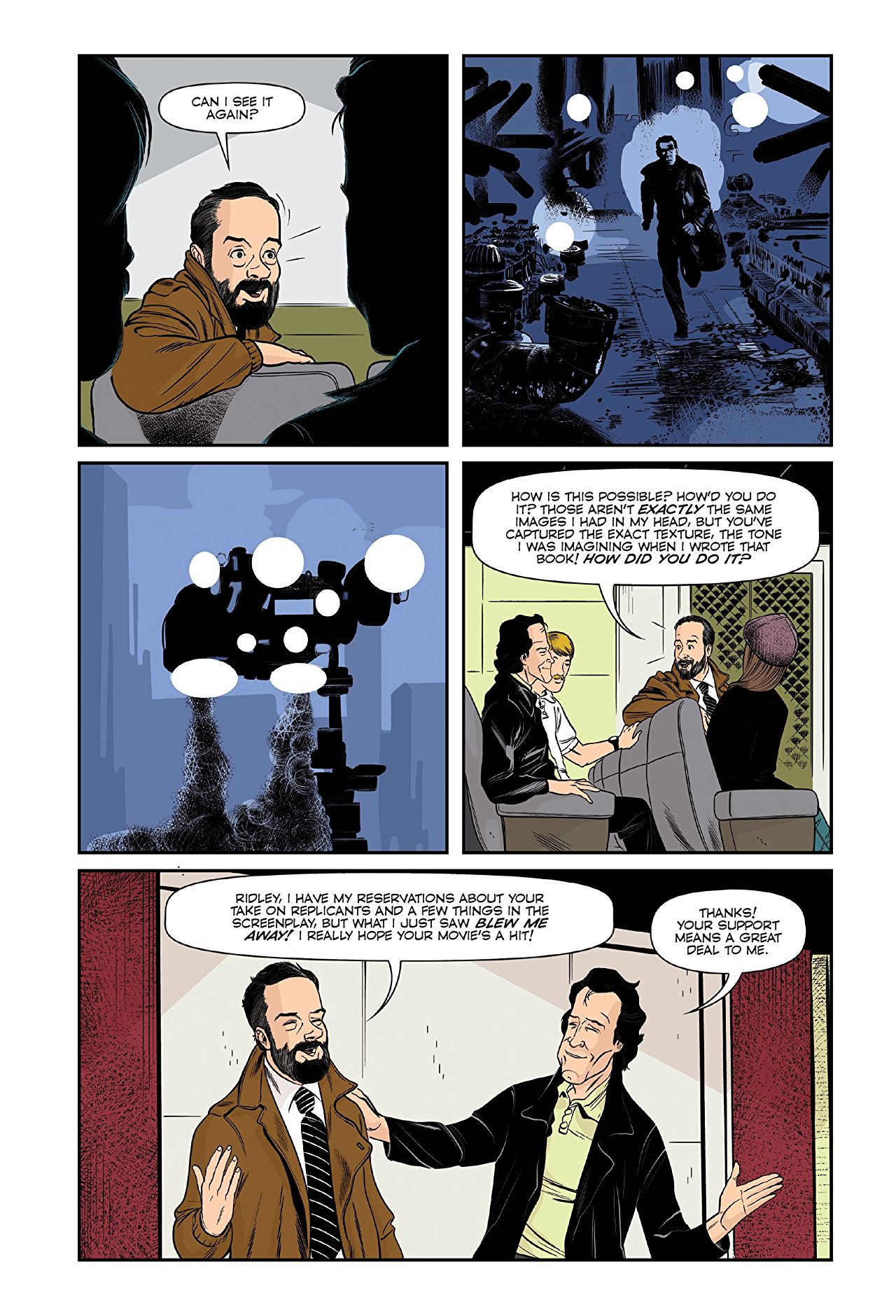 Philip K. Dick is probably best known for Blade Runner, adapted from his Do Androids Dream of Electric Sheep? He died in 1982, just as the movie was nearing completion, though he did see a twenty minute show-reel shortly before his death. It took audiences a while to warm to Ridley Scott’s film, but it’s now considered a true classic. Later film and TV adaptations include Total Recall (two versions), Minority Report, a Blade Runner sequel and The Man in the High Castle. All of these helped to cement Dick’s reputation as a visionary, with his take on a future ruled by monolithic corporations now uncomfortably close to real life.

The biography opens with Dick viewing that Blade Runner show-reel, which he loved. Then, a month later, he collapses and is taken to hospital. While he lies in his bed we see his life unfold in a series of flashbacks.

It can be difficult to present a graphically interesting biography of someone whose main contribution was made while sitting at a typewriter, and any book of this nature is bound to consist largely of talking heads. That’s not to say that Dick didn’t have an interesting life. He liked a certain type of women and married a staggering five times! This, almost inevitably, led to a life filled with complications. The story is also enlivened by a couple of domestic disputes and Dick’s phantasmagorical experiences when he went tripping out of his nut (he was consuming a massive amount of drugs to maintain his gruelling workload). He was also burgled, and this haunted him for the rest of his life, as he feared he was being spied on by the FBI. Given his lifestyle – almost always broke, and hanging out with some unsavoury types – it’s actually surprising that he wasn’t burgled more often.

Mauro Marchesi’s art is very much in the style of Daniel Clowes, though it isn’t quite as polished. However, the page layouts are well designed, and the colouring helps to pull Dick’s whole story together nicely. Laurent Queyssi, the writer, lectures on Dick and clearly knows his stuff. The plot flows smoothly, circling back on itself to a satisfying conclusion. Characters include many popular sci-fi writers, like Harlan Ellison and Tim Powers, whom Dick was hanging around with, often in settings that are like something out of a James Ellroy book.

Dick is portrayed as a flawed individual, neither scumbag nor saint, and this is a laudable and largely successful attempt to create a biography that will work for aficionados, while still making having an appeal for anyone not familiar with the man or his work beyond the movie adaptations.

One Philip K. Dick fact you won’t find mentioned in this book: the K stands for Kindred. Best middle name ever.