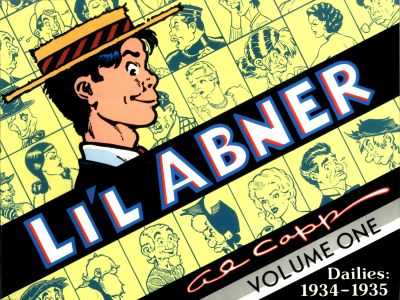 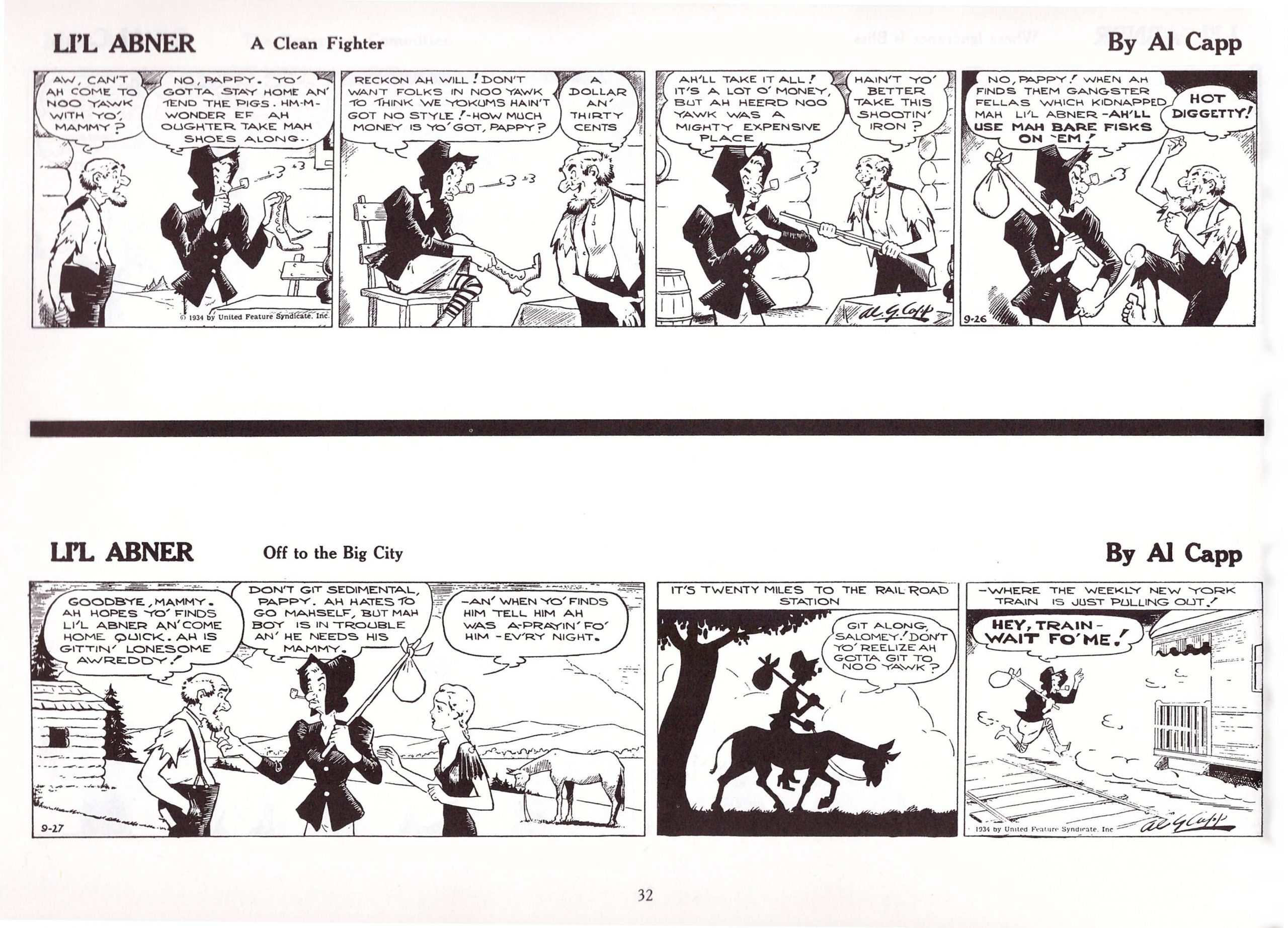 Many, many daily newspaper strips began in the 20th century, but Li’l Abner is one of only few genuine contenders for the best of them. What began as hillbilly burlesque in 1934 developed into clever social satire and political commentary, introduced numerous phrases into American English, and maintained soap opera dramatics that hooked a nation in the days before television.

When Al Capp began the strip he was known to his peers as a capable ghost artist on other strips, and Dave Schriener’s introductory essay expands on that and supplies biographical details setting the scene for L’il Abner’s first appearance. As he points out, the strip’s cornerstone characters are all introduced over the strip’s first week. Abner is obviously present, and the first tier published on August 13th 1934 also shows as Mammy and Pappy Yokum. The main cast is completed two days later when the glamorous Daisy Mae first appears, already hopelessly in love with Abner. Capp presents the hokey yokel speech patterns in phonetic dialogue complete with pauses and stuttering and a constant stream of downhome homilies.

The title is a joke, as Abner stands out due to his height and build, and as Capp very rapidly moves him to New York, where he stands out due to his backwoods ways. What passes for sophistication in Dogpatch, Kentucky considerably misses the mark in New York, yet there’s a water off a duck’s back affability to Abner that carries the strip during the standard content of the early months. Anyone who really pushes their luck with him discovers country rasslin’ skills are a match for them.

That, though, is all too obvious, dragged on too long, and has a later reprise, where a sequence with Abner at school is a little funnier. The strips are better when Abner returns home to become immersed in the quaintness of Dogpatch. It’s still largely knockabout slapstick introducing a parade of wily scoundrels in roughly six weekly segments, but the location differentiates it from other strips, and starting with Volume Two Capp learned it was funnier to bring others to Dogpatch.

All newspaper strips take some time to settle in, and both Capp’s art and the character designs would evolve before the refined look he’s known for was cemented, but he’s not far off after just shy of the first year’s continuity. Beginning with a stiffness, there’s an elegance about the figures by the end, and the faces are considerably more expressive. He’s also able to turn out a nice silhouette panel from early on, and all the intriguingly designed characters pictured on the cover appear inside. In story terms from almost the start he realises he doesn’t need Abner in every single strip, and Mammy and Daisy Mae are often seen moving the plot forward or commenting on events. Later on a few strips at a time are given over to other featured people.

One downside of collecting the strips together is that the mystery of someone’s identity that Capp cultivates over two weeks of dailies will be obvious, whereas most readers in 1935 reading the strips day by day would have forgotten them. Also, anyone having heard of Li’l Abner’s reputation isn’t best advised to start here. It took almost ten years to reach a peak. The comedy here is formulaic and the  satirical comment for which Li’l Abner is known is still some way off. However, for fans the large size landscape format (9” x 12”) is still welcome, and the curation remains respectful and desirable even with the later IDW reprints also incorporating the unconnected Sunday strips in colour. 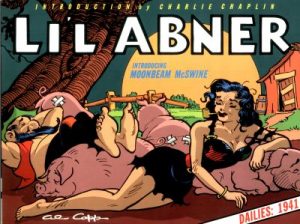 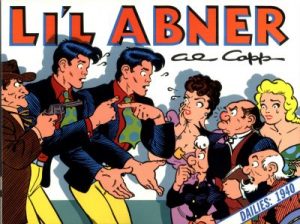 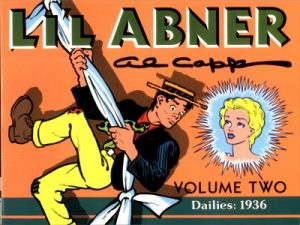 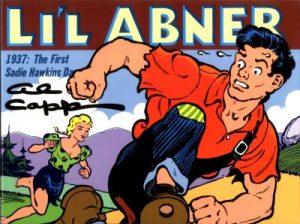 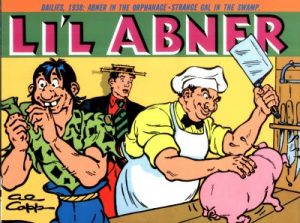 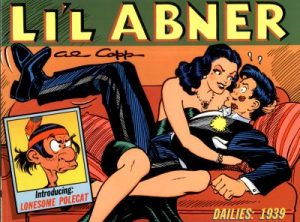