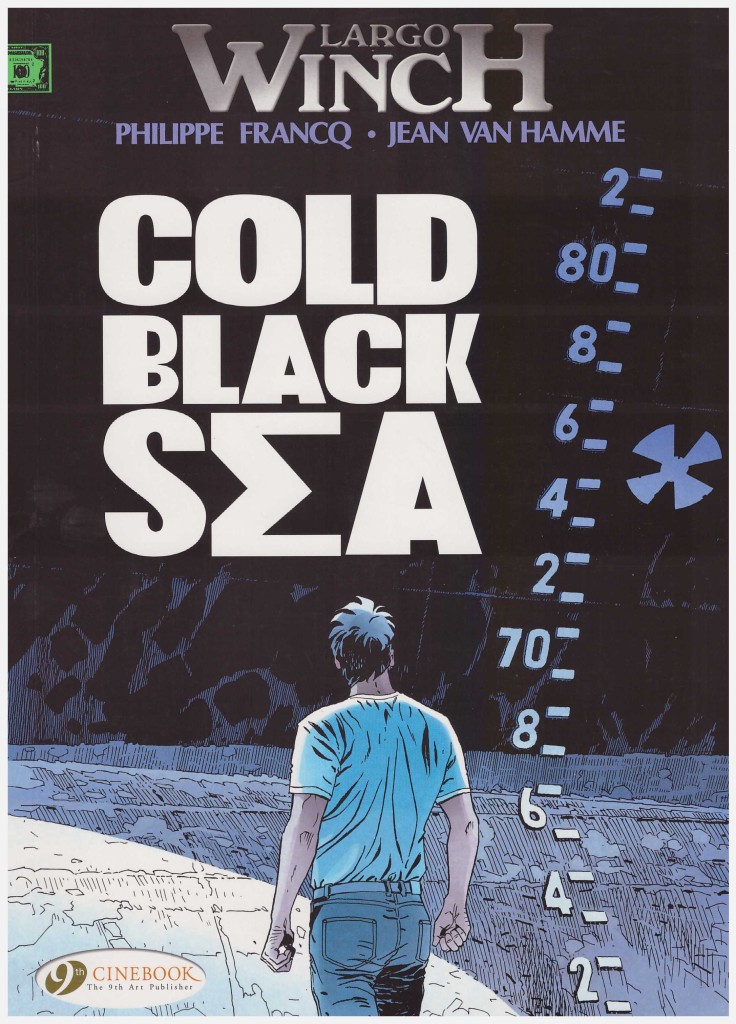 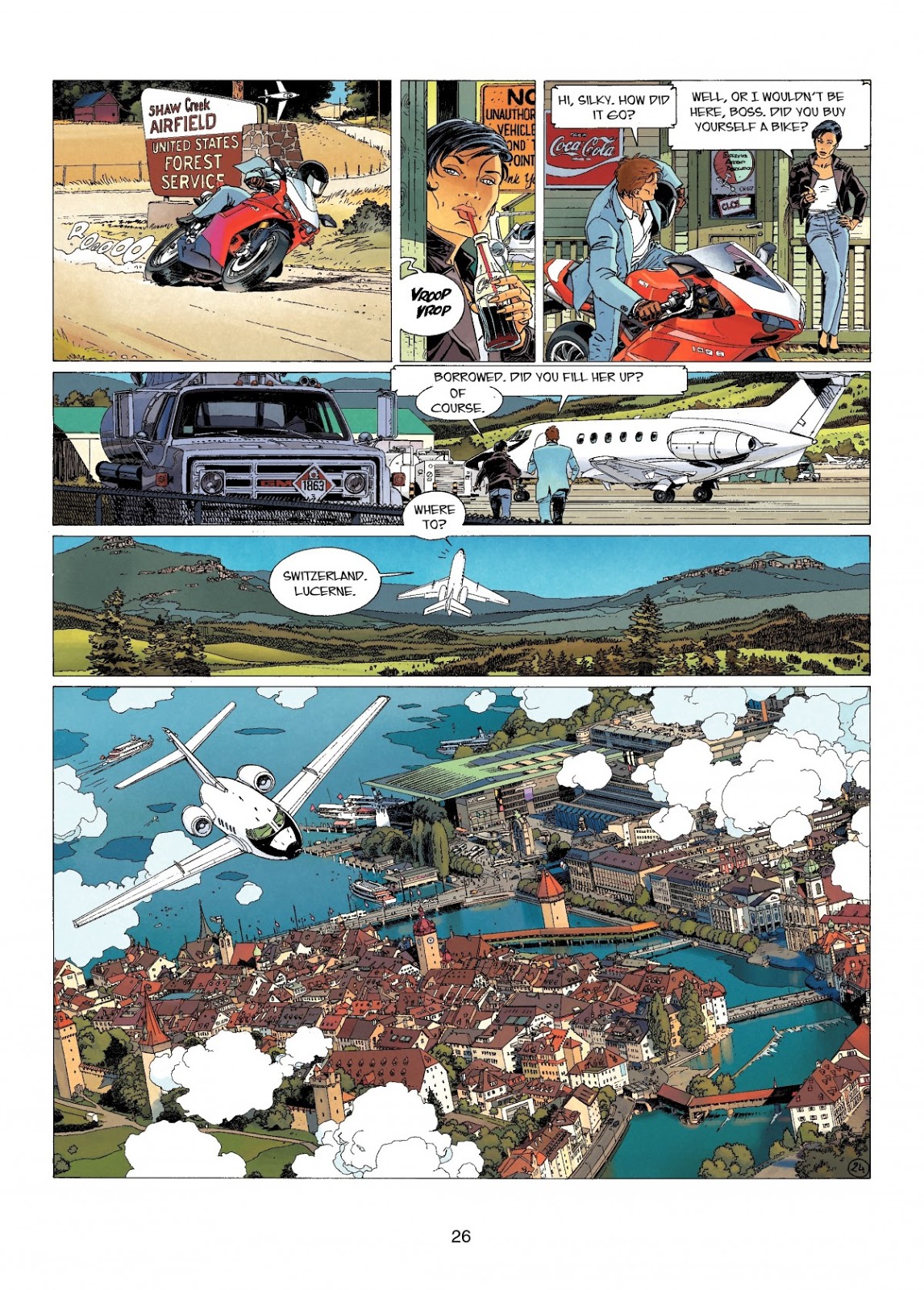 A considerable amount of text and illustration leads off Cold Black Sea, starting with Largo Winch’s statement to company employees at the close of 2008 following the global financial crash. That’s rapidly followed by a three page Newsweek interview highlighting Winch’s compassionate form of capitalism, and laying out the W Group’s response to the crisis. “I don’t believe a man’s worth is measured by the volume of his bank account”, might as well be his epitaph.

Van Hamme is becoming increasingly nostalgic as he continues the series, returning characters right left and centre, reaching all the way back to introductory volume The Heir, but few of them serve any particular purpose. The exceptions are those featured in an early wedding sequence, but it otherwise makes for an odd selection of cameos. Among the more welcome is the sardonic New York police detective last seen in Takeover Bid: “I was getting bored in your absence Mr Winch. New York only has a homicide every 17 minutes. Fortunately you always raise the rate when you’re here.” And, to be fair, what in one instance appears a gratuitous cameo has a relevance in the concluding portion.

At the same time Van Hamme appears to be phasing out former pilot Freddie Kaplan, while increasing the role for his replacement, Silky Song, who doubles as Winch’s bodyguard. Simon Ovrannaz also has a part to play here, his shadier contacts in Switzerland proving useful when someone needs to be located.

Philippe Francq is kept busy as the plot switches from the USA to Switzerland to Turkey, with stops in between, and he draws every locale beautifully and convincingly, the same adjectives equally applying to his cast. Events are set in motion by the question of why a Turk would assassinate the retiring head of the W Group’s shipping division. Unusually, Van Hamme is up front in disclosing who appears to be pulling the strings, and supplies them with a decent motivation in the concluding portion, Red Hot Wrath.

As is the case for all Largo Winch books to date, the absolute base level expectation for an action thriller is easily surpassed. Van Hamme has his fallback techniques, being quite verbose for one, but there’s no-one working in comics better at the dense plot required for the John Grisham style of page-turner. 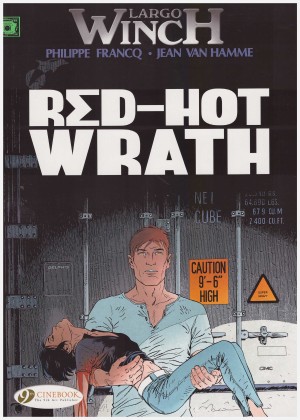 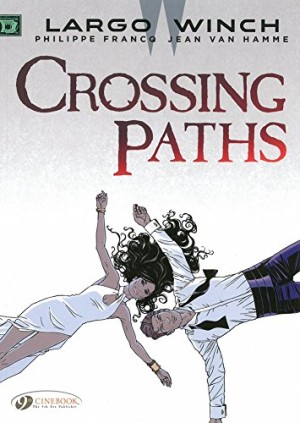 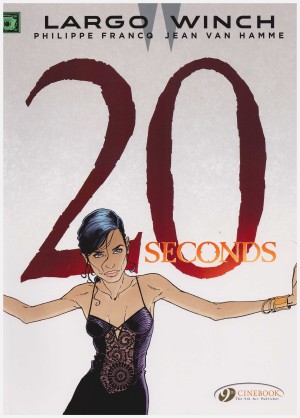 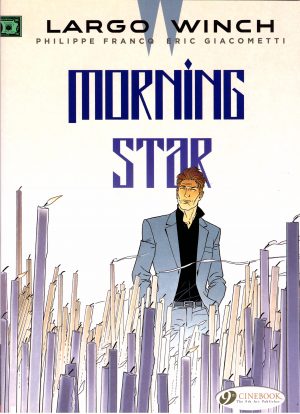