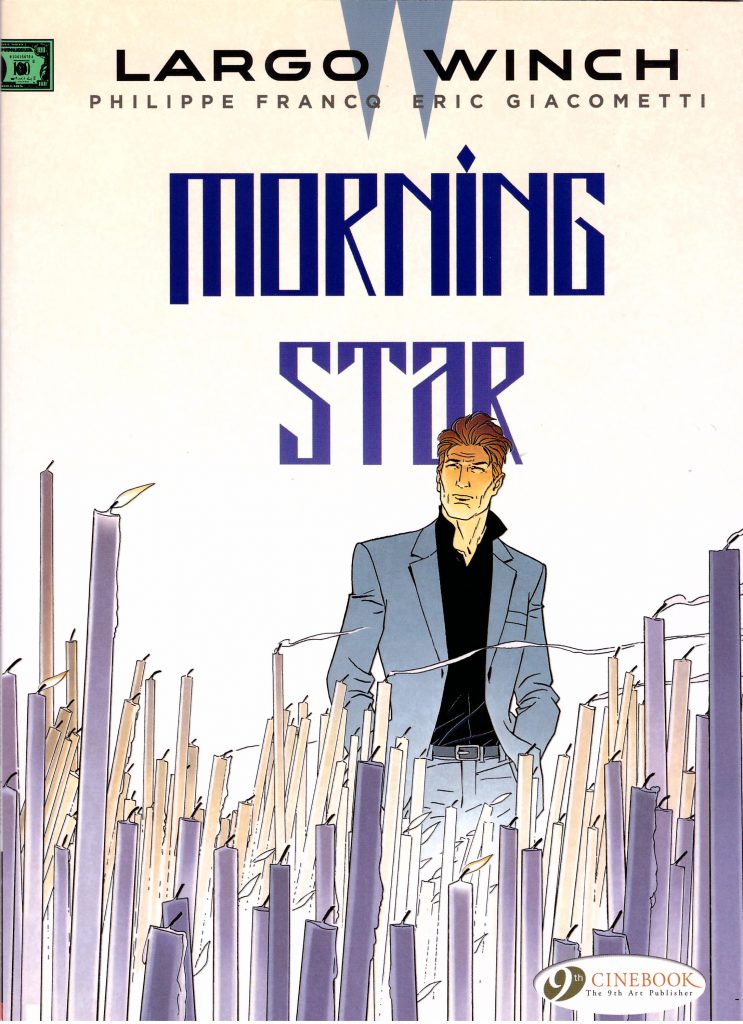 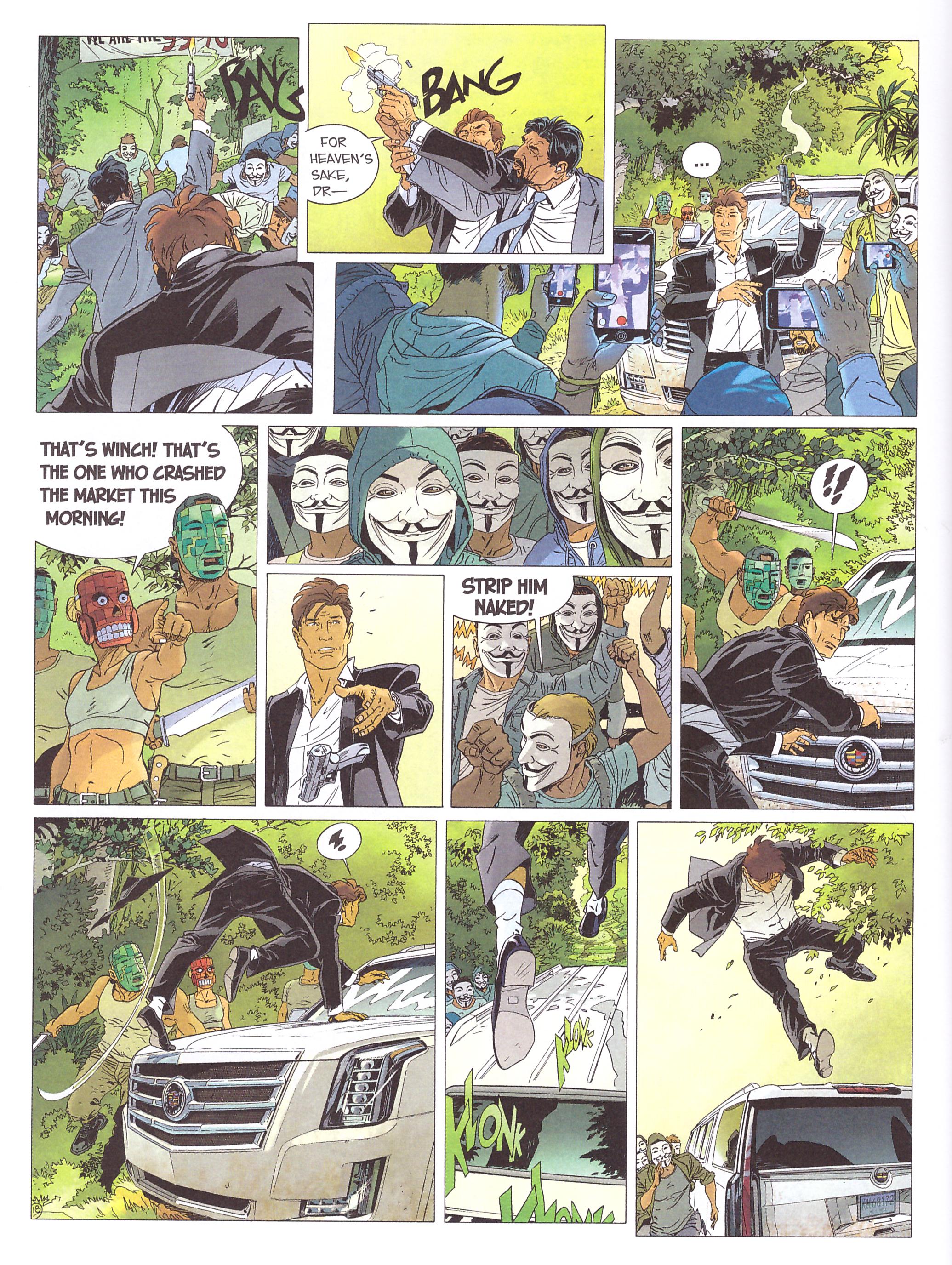 The good news? Just as XIII and Thorgal continued after creator Jean Van Hamme’s retirement, so does Largo Winch, the eponymous billionaire businessman and adventurer’s exploits now handled by the very capable French thriller novelist Eric Giacometti. The bad news? English language readers now have to follow the European publication schedule of each Largo Winch story being in two parts, and publication of them generally now two years apart.

It was artist Philippe Francq who selected Giacometti to continue Van Hamme’s legacy, and looking at the imagination and detail on show over 46 pages it’s no wonder Francq needs two years to draw each episode. He works in the Franco-Belgian clear line style, avoiding light and shade on the cast, yet detailed with both his faces and backgrounds. There are fewer large action sequences for him to draw than usual, and great text blocks of explanatory information mean some scenes need to be drawn very carefully to ensure they don’t look dull. Francq never lets us down.

Giacometti picks up on a couple of loose ends from Van Hamme’s final story, found over Crossing Paths and 20 Seconds. Largo was successfully stitched up, and although he extricated himself from the trap, he never discovered who was behind it, which is his first order of business in Morning Star. It’s a compliment to Giacometti’s writing that you’d never know the author had changed. He constructs a complex plot using the real world concerns of stock manipulation and global protest against the unfettered greed of businessmen, and merges that with the James Bond-style man of action Largo is.

An occasional lapse is not realising readers may not have read all earlier books, so the first sudden shift to the past may confuse, and in some cases the workings of finance aren’t properly explained to the ignorant. A big plot point is the transfer of company share documents from one country to another. These are actual sheets of paper. Are records not digital? Pretty well everything else is, and that’s central to another story in which Largo is framed, his company under threat due to the manipulations of others. As is always the case, it doesn’t look good for Largo as this opening episode finishes. Scarlet Sails provides the conclusion, scheduled for European publication at the end of 2019.