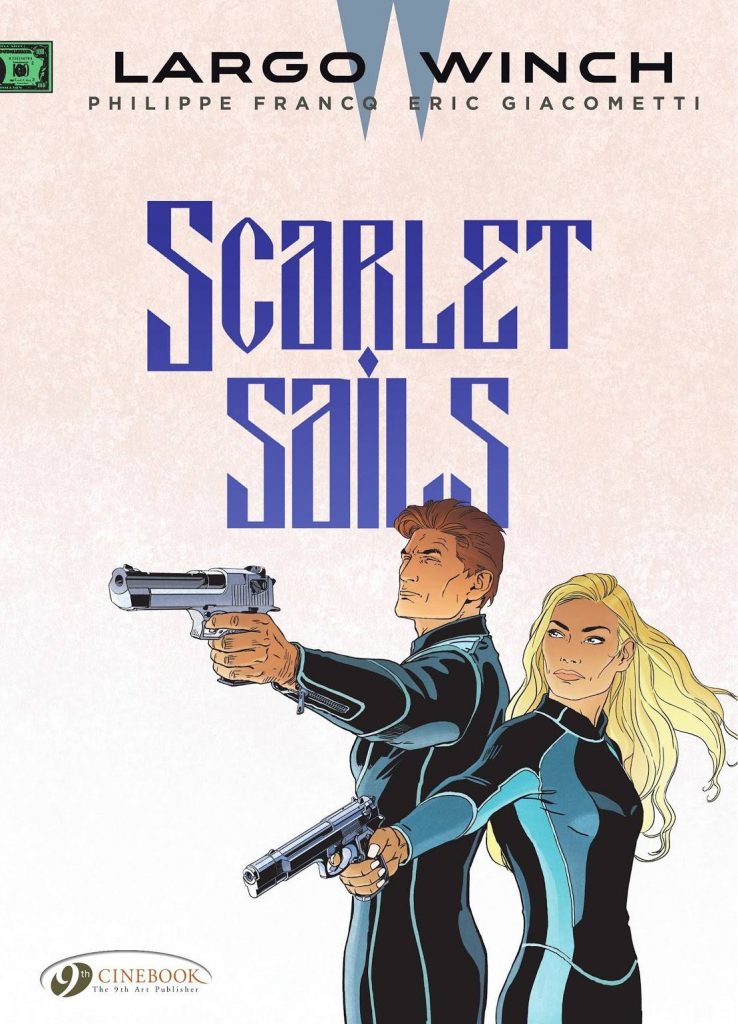 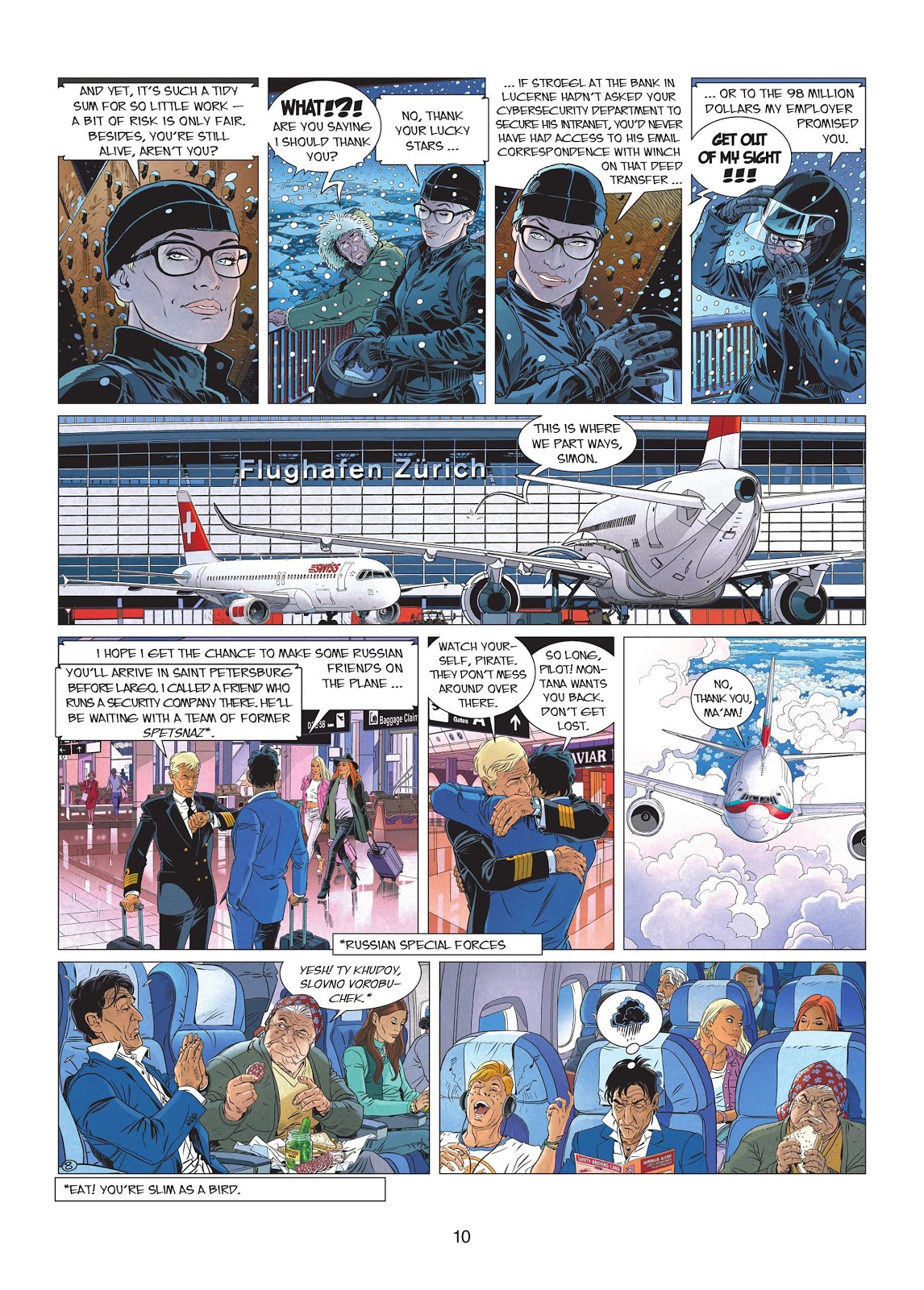 Largo Winch stories are spread over two books, the first beginning troubles for Largo and his global company, while the second resolves the situation. Morning Star ended with Largo in dire straits, his name besmirched, the F.B.I. investigating his company, and complex financial shenanigans in play, new writer Eric Giacometti doing a good job of continuing old traditions. He and remaining artist Philippe Francq adapted Largo to a real world more recognisable to readers other than stock traders via the inclusion of anti-capitalist protesters in the distinctive V for Vendetta mask, cellphone technology and memes. That continues as Scarlet Sails opens with the trending video for a pop song about Largo’s supposed activities.

As ever, Francq’s art is amazing. For Scarlet Sails he has the palatial beauty of St Petersburg to play with, and delivers that beauty precisely rendered on page after page. It’s the flashy aspect of his art, but equally good is what isn’t so obvious, supplied on the sample art. Largo doesn’t appear, but the bottom panels show his mate Simon flying to Russia. The impressive aspect is the characterisation provided for the other passengers in the two final panels, each of them with a visual personality, yet in transitional panels of no consequence. It’s this consideration that makes Francq’s pages special.

It’s well tied together, but the plot requires a hefty suspension of disbelief if you want the accompanying thrills, and seasoned thriller readers will find themselves asking questions. How is it that some chasers arrive in exactly the right place, for instance? At least an idea that surely occurred to series readers a long time ago has finally been put into practice by Largo for all the trouble caused by essential company documentation stored in a bank. We learn who’s been behind Largo’s predicaments over the last three books, and what enables them to operate outside governed financial speculation, while there’s a neat visual touch ending a book much of which takes place in Russia when Largo uses Russian dolls to make a point.