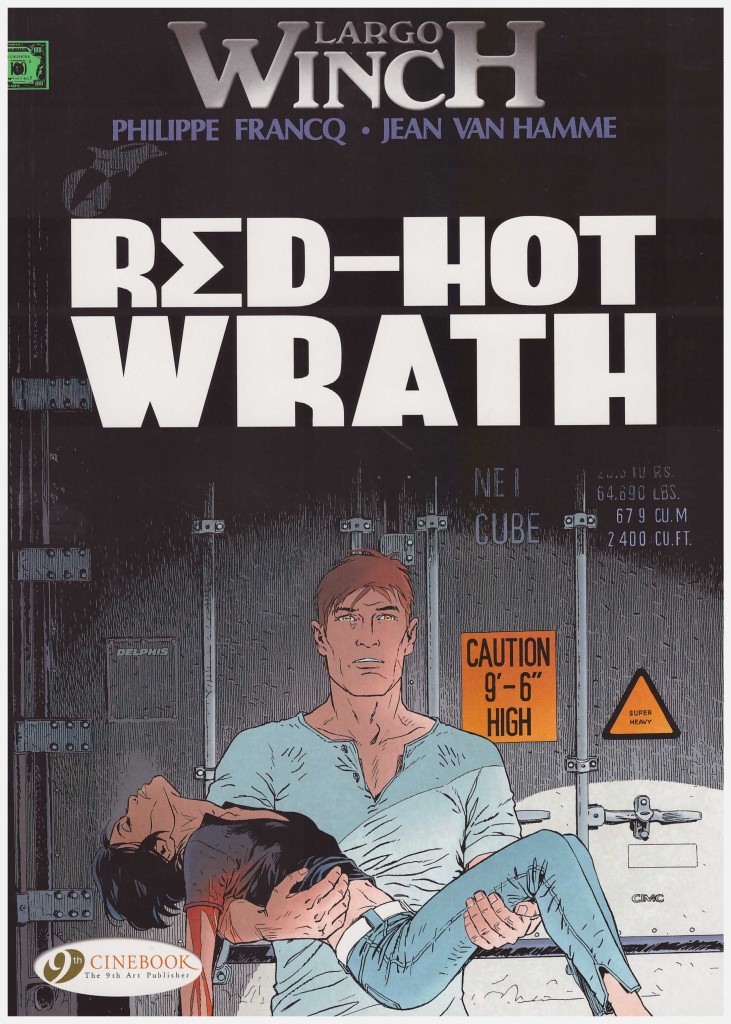 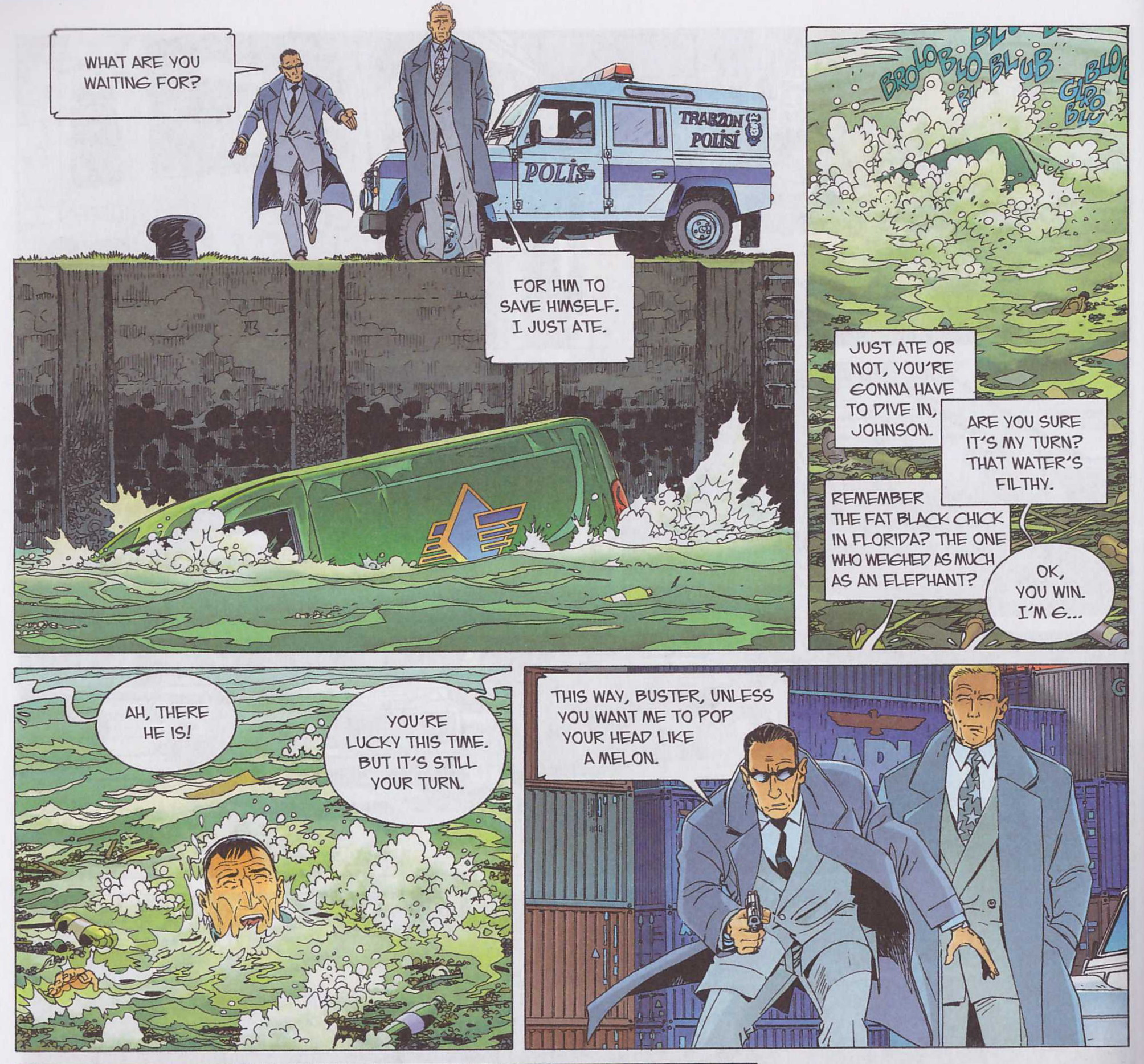 There’s a teasing opening to Red Hot Wrath, as Jean Van Hamme heads into the past and the ruthless exploitative nature of Nerio Winch, last seen plummeting to his death in The Heir. Although Largo Winch as yet remains ignorant, in the preceding Cold Black Sea Van Hamme didn’t bother to conceal that one Sybil Lockwood is behind much of what occurred. This included the assassination of her lover and retiring chairman of a W Group shipping division, and the framing of Winch for payments dropped into a suspect bank account, transactions that drew the attention of the FBI.

Unusually, Van Hamme concluded the previous volume with Winch aboard a ship headed across the Black Sea, realising he’d been set up. His precise circumstances, however, remained unknown. Well, there’s no immediate improvement in his situation, although Simon Ovrannaz, heavily involved in an investigation in Switzerland finds his past catching up with him and his future perhaps not what he anticipated. That, from the way it was set up to the conclusion, is one odd plot.

As is that of this coupling of books overall, and not entirely convincing, despite the vast information dump midway through. In some ways, though, that doesn’t entirely matter. Van Hamme foreshadows events nicely, keeps the action going well, and there’s always that cover image to keep the reader concerned as they work their way through.

Among the accomplishments of artist Philippe Francq this time are the amazing design of a new W Group headquarters in Chicago, and spectacular action sequences on land, at sea and in the air. He uses light and shade to a great degree, so can’t be considered a true exponent of the Franco-Belgian clear line school of comic art, but in all other respects Francq takes his cue from that style. His storytelling is composed and clear, and his action pages never have the look of static photo reference. He’s a marvel.

The next pairing of books is Crossing Paths and 20 Seconds.