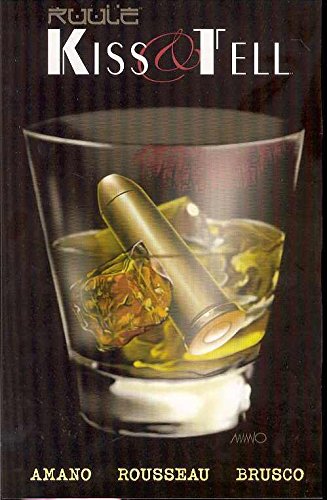 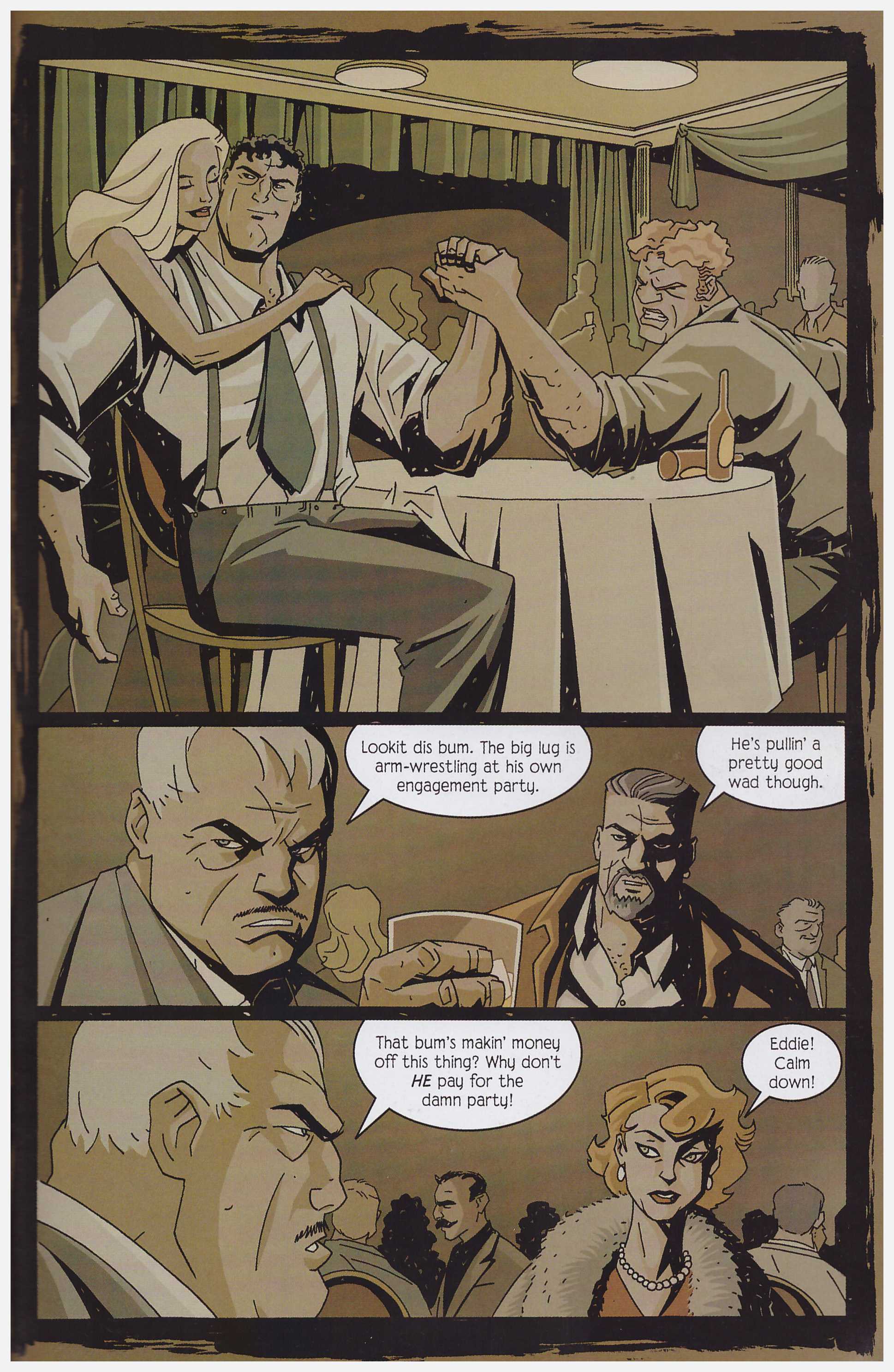 Kiss and Tell is the second, and to date final, Ruule graphic novel updating biblical content to modern times and wrapping it into a crime plot, in this case the story of Samson and Delilah. Actually, it’s not so much an updating, but a rudimentary appropriation of some elements fused to a never convincing crime noir narrative.

Sam Swede is a moral upright giant of a guy, the type who deliberately works his way around seedy saloons to punch out crooked cops. He’s not so moral, though, about then sleeping with the daughter of a gangster.

Updating biblical tales to the present day is a valid enough method of storytelling, but those stories were deliberately short and to the point enabling the people to whom they were told in olden days to pick up the church’s moral very quickly. Attempting to convert 31 biblical verses to two hundred pages of graphic novel requires some amount of expansion, and Jeff Amano doesn’t handle it well. Among other peculiarities are odd scenes of no later relevance. Early in the book Sam’s mother, for some reason accompanied by a young boy never named beyond ‘kid’, turns up to Rocco’s office begging him not to hurt Sam. Why? The kid disappears for 80 pages, then returns to act as a sort of adoring Jiminy Cricket.

The dialogue is also weak. What’s presumably intended as bantering comes across as incredibly insulting, and that’s a problem when dialogue and art have to convey the entire story. There are no narrative captions offering some insight into what anyone’s thinking.

The biblical tale requires Delilah to learn the secret of Samson’s prodigious strength, and so does Kiss & Tell, the title giving the revelation, which comes early in the story. Here Amano departs from the biblical Samson, who, initially at least, was a little more cunning. Sam’s revelation leaves him beholden to set about gangsters competing with his future father in law’s business. It’s sets off a trail of mayhem and grievous bodily harm before Sam meets Dahlia.

Artist Craig Rousseau doesn’t appear that impressed. He creates a suitably imposing Sam and a suitably alluring Dahlia, but as is the case with the writing, their world never moves beyond surface. Rousseau’s been better elsewhere.

In the end, the story of the biblical Samson contributes very little to Kiss & Tell beyond the idea of strength and betrayal, and yet it’s still the best element as Sam otherwise lumbers from pillar to post. There are messages about the pitfalls of alcohol and scarlet women, but as with everything else presented, there’s a lack of depth. The purpose is to associate with the bible, and several relevant verses are quoted in full in an appendix, but overall you’d be better off heading directly to the original source. It’s written better, and it’s shorter.