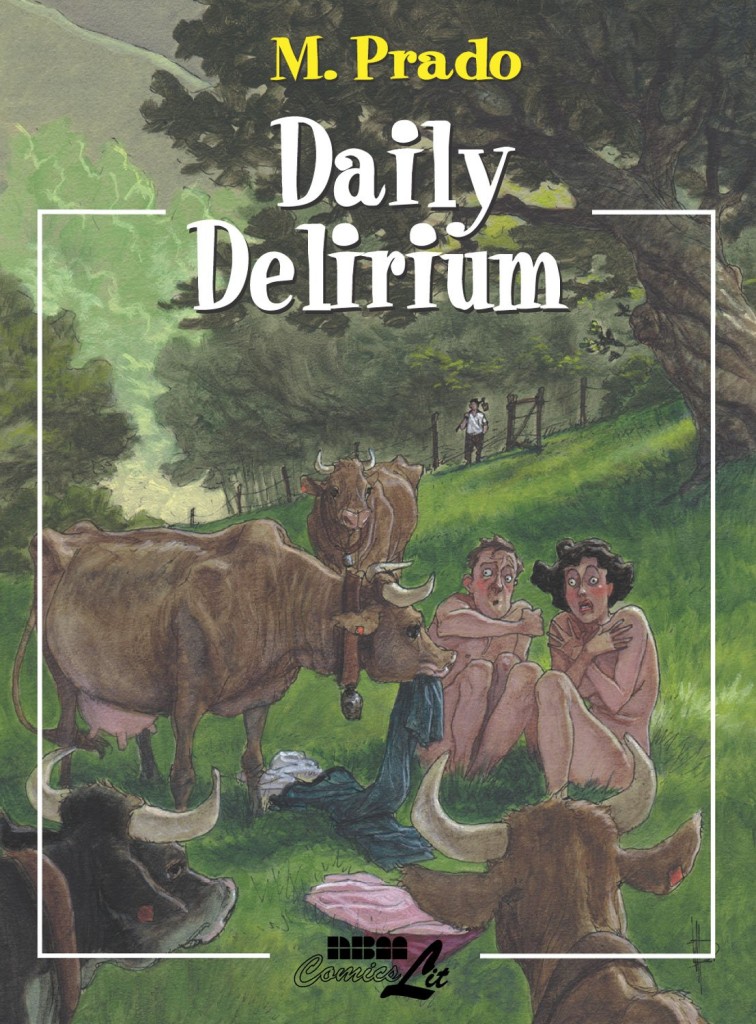 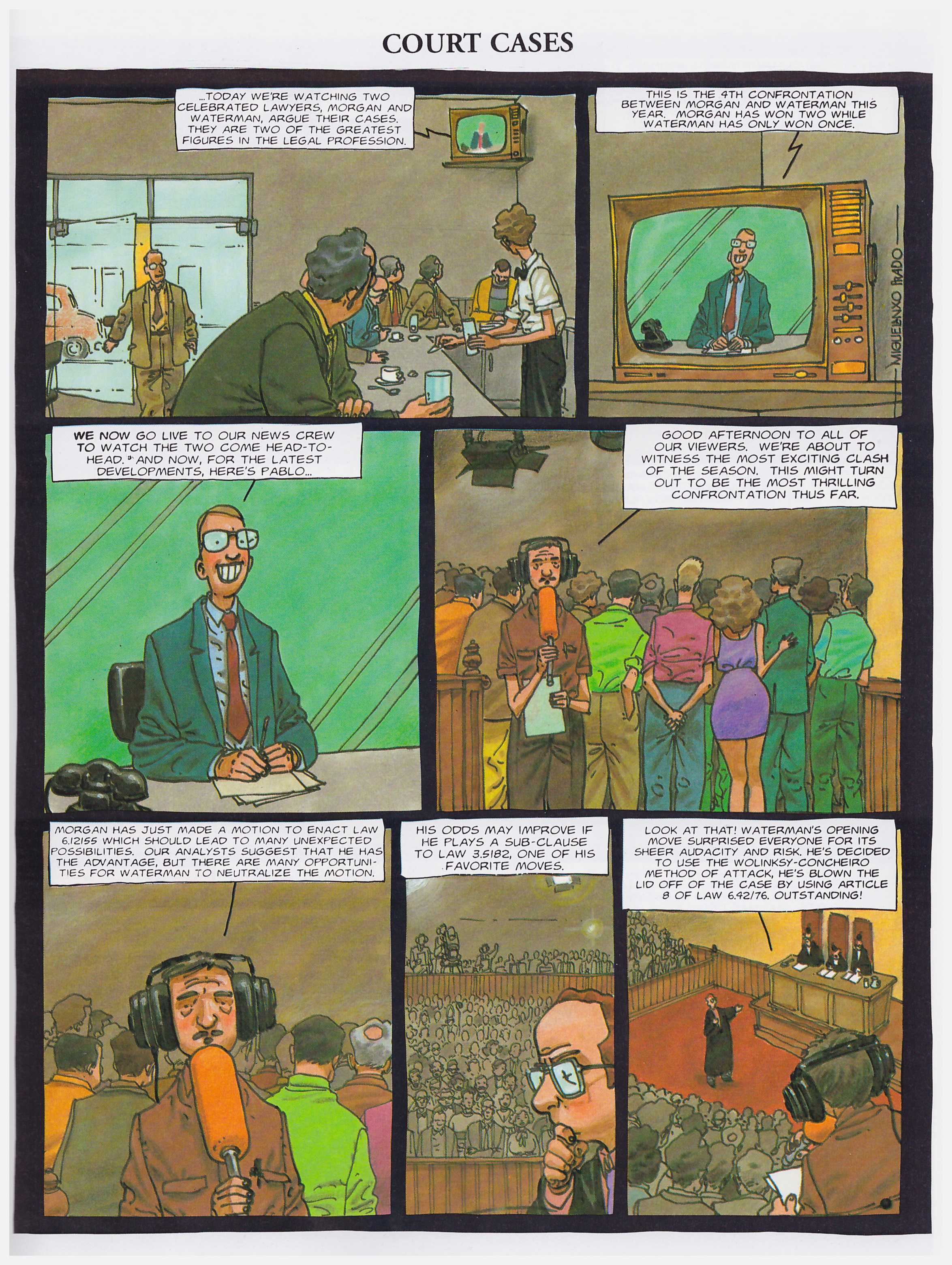 While not quite reaching the mad as hell and not going to take it any more level of anger, there’s a definite element of personal frustration about Miguelanxo Prado’s strips highlighting the annoyances of day to day life among the educated middle classes.

In three or four page strips he sets his sights on inefficient or incompetent bureaucrats, pernicious advertisers, hypocritical would-be seducers, the quest for authenticity, makeover society, the rude elderly, and much more. Some themes recur, such as overbearing misuse of authority and indulgent parents, but there’s no shortage of targets, with some strips based on personal experience, or that of friends.

The quality of the strips varies greatly, although they’re all wonderfully drawn. At times they just run out of stream, such as a rant about taxi drivers, but when Prado skewers the topic with surgical precision they’re glorious. One combines the inability of Americans to comprehend much of the world doesn’t speak English with a penchant for invading other countries for their protection. The awkward reality of the countryside contrasted with an expectation of pastoral beauty features several times, most amusingly with regard to a couple intending to have sex amid nature, providing the cover, and bullying or annoying children frequently meet a wish fulfilment fate.

Prado varies his styles and techniques throughout, providing an immersive visual experience, and there’s an awful lot to admire about the art: the seeming ability to convince with everything he draws, the imaginative layouts, and the expressive characterisation for a start. But his greatest ability may be a talent for creating a constant stream of individual looking people. Many comic artists have one basic face that they modify by altering a hairstyle or adding a beard, but Prado’s strips are populated by a vast assortment of different people, a cross-section of your local high street or shopping mall.

While satirical, and occasionally surreal, Daily Delirium is rarely subtle in the manner of Posy Simmonds’ English variation on underlining the conceit of the middle classes, but it’s often equally amusing. New books from Prado are all too rare in the 21st century as he’s concentrated on animation, but this is a master at work and perhaps didn’t reach the audience it deserved. Used copies remain competitively priced.