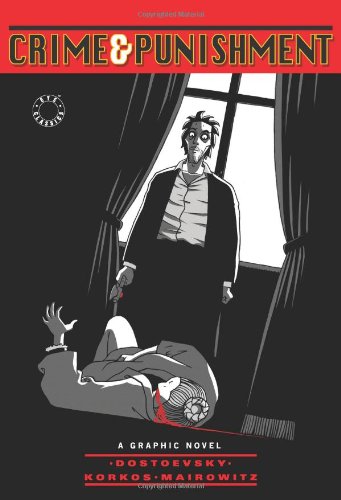 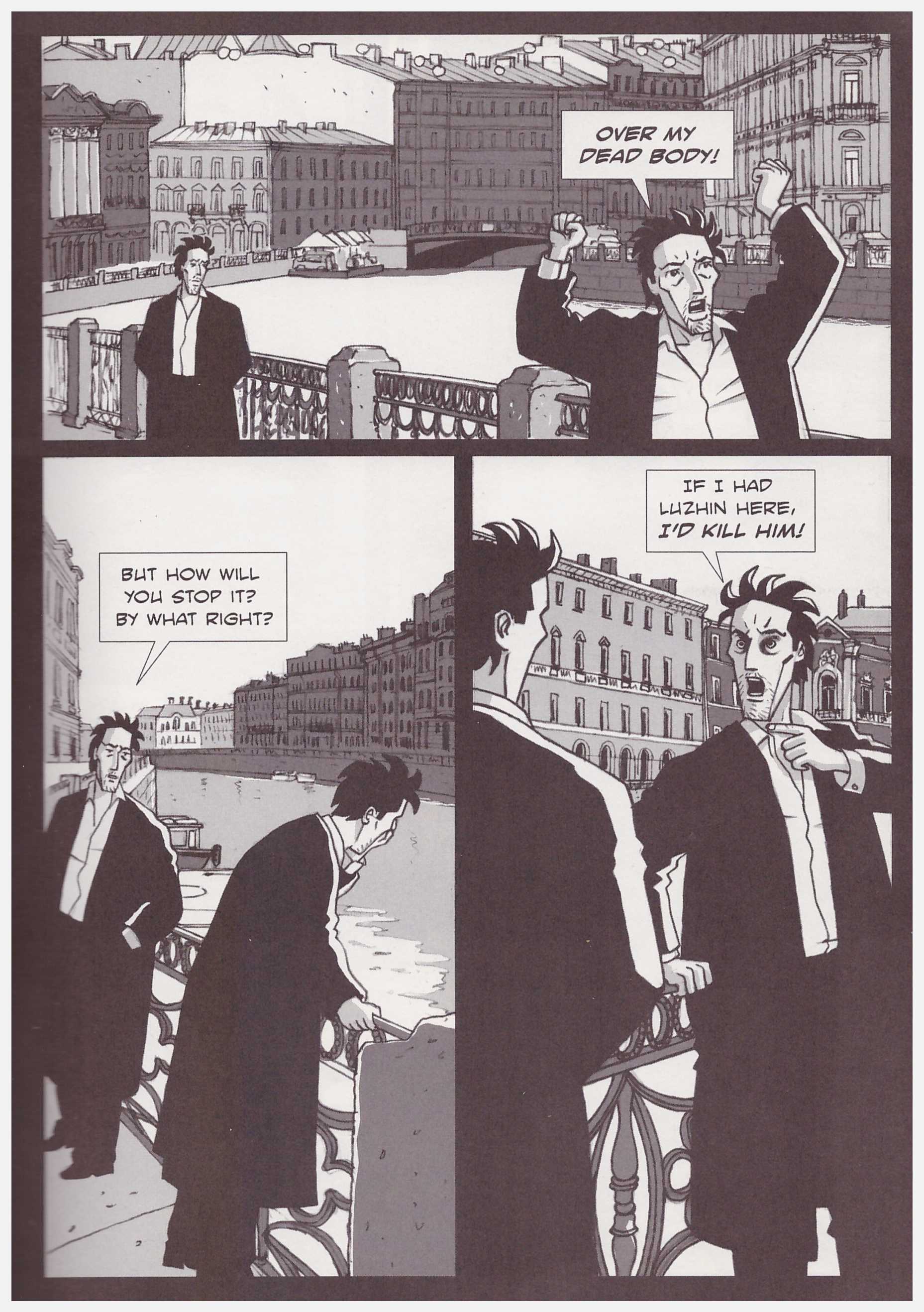 Crime and Punishment is one of the greatest novels by one of the greatest novelists the world has seen. Fyodor Dostoevsky’s own horrendous experiences and addictions fed into a miasma of a novel that deliberately left much open to interpretation, which is why it can survive a modernist dramatisation such as the BBC screened in 2014. Yet, unfortunately, it flounders when contracted to 120 pages of graphic novel under the hands of David Zane Mairowitz and Alain Korkos.

The page count alone suggests the heart has been ripped from Dostoevsky’s torrid masterpiece of inner torment and wild passion. Our protagonist Raskalnikov is in debt, can’t continue his studies, and sees no way out of his situation. Despite this, he considers his intellect raises him above other humans and entitles him to behave without circumscription, and the solution to his woes is to murder and rob the money lender he visits. Having done so, his guilt prompts a plummeting spiral of self-reflection and paranoia.

Mairowitz hits on the key points of the novel – the spiritual solution to his problem being presented early by a drunk, the wily police detective, the ambiguity – yet updates it to modern Russia for no apparent purpose. Even allowing for the page count (although there’s no reason this couldn’t have been a 300 page graphic novel) he completely fails to convey the complexity of Raskalnikov’s existence. The Raskalnikov of this update has a few lines of dialogue substitute for pages of inner contemplation, and his random acts of kindness lack any narrative conviction. Sonya, so integral to the eventual redemption, is here just a two-dimensional cipher at whom Raskalnikov rants, and shorn of any descriptive background his family interactions are equally empty.

Misgivings about the writing are compounded tenfold by the art. Korkos’ Raskalnikov is a cocaine-eyed loon inhabiting a world lacking any emotional subtlety. One of Crime and Punishment‘s most glorious aspects was Dostoevsky revelling in the seedy underworld of St Petersburg, an environment he described in great detail. Korkos’ failure to convey this is absolute. Never has the adage that a picture can compensate for a thousand words failed so spectacularly. Korkos illustrates an empty world. Attempting to think kindly, the void is perhaps intended to convey the isolation of Raskalnikov, or perhaps his self-proclaimed intellectual superiority, that the world is there for him alone. If so, it’s a spectacular misfire, but the overwhelming impression is instead of an idle artist whose style is entirely unsuited to the needs of what he’s adapting.

It’s really difficult to comprehend how anyone with any respect for Crime and Punishment could be associated with this travesty. If you’ve been considering buying this adaptation do yourself a favour and head straight for the original novel. You may not like it, but a you can buy it for a tenth of the price and at least you’ll have immersed yourself in something of value.