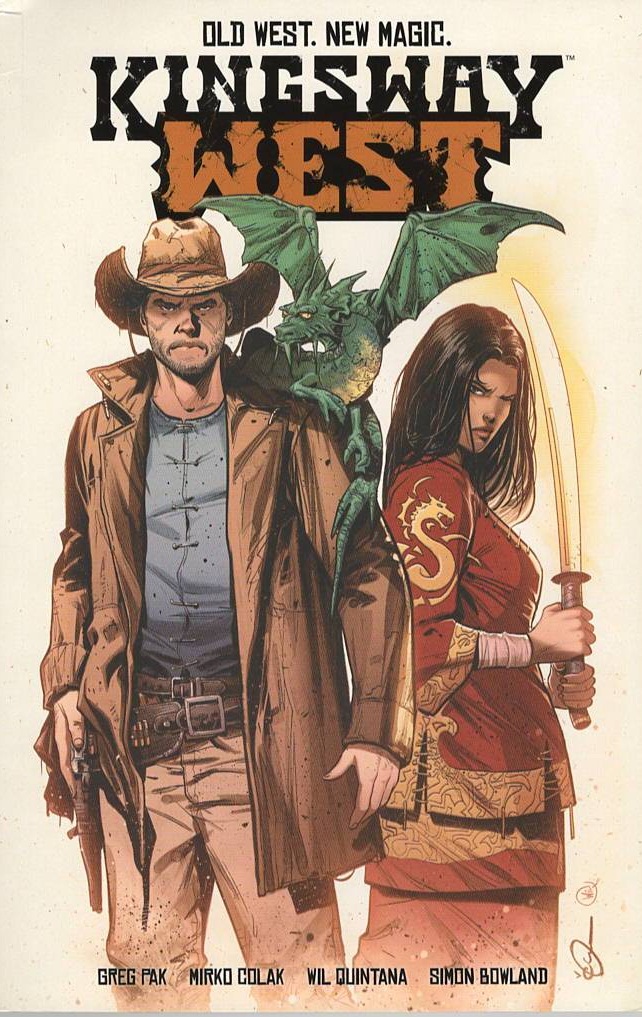 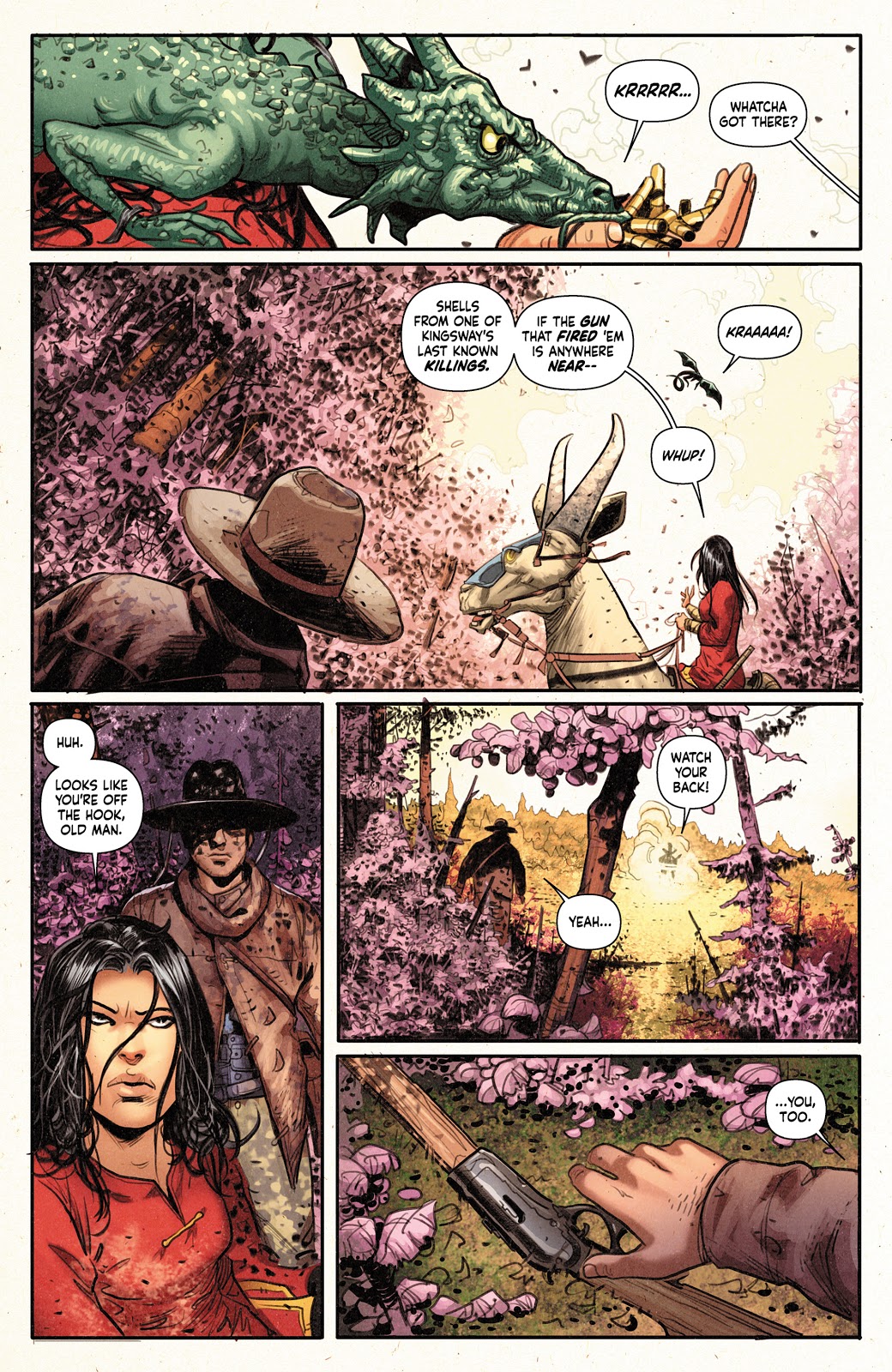 Anyone from Dundee should keep expectations down as Kingsway West isn’t about their arterial road, but a fantasy western set on a 19th century world where dragons, swords and magic mix with gunslingers. As such, it’s a relatively novel idea, as is the USA being divided into sections controlled by the Chinese and Hispanic communities on the West Coast, while the European immigrants have their sphere of influence on the East. For the magic to work, a very rare substance known as Red Gold is required, and at stake is the possible location of a vast mine. Kingsway Law is a warrior with a fearsome reputation from his time fighting a nine year war, constructed along the lines of the stock Western hero, a deadshot of few words and heavy heart due to deeds required for survival and protection in the past. He now just wants to live a life of solitude with his wife in near isolation, but Greg Pak engineers circumstances that require he steps back up to his previous role.

Pak’s only real originality is with the set-up, beyond which he’s dealing with archetypes, but that’s a comment that could be applied to an awful lot of Westerns, and it’s the treatment that makes the difference. That’s dashed off and predictable, and often very contrived. It slams the political manoeuvring and dragons from Game of Thrones into the Western mythology of the invincible loner, forcing in some allegory about the way Native Americans have been treated. Any world building is in the form of tossing in another random element and figuring out the consequences later, and the behaviour of some characters can only be seen in terms of furthering the plot, as logic isn’t a consideration.

That’s exemplified by an incredibly shoddy ending, in which Pak ties everything up while leaving the door open for a possible sequel. Doing this means a couple of pages at the end where a choice is available, and in order to be available for the possible sequel, Kingsway contradicts everything we’ve been told about him, and his reasons for any participation in earlier events. This slipshod characterisation is also found earlier, where some cast members act in a way that progresses the story rather than with any consistency. An especially jaw dropping example is a character endangering the lives of dozens to motivate Kingsway.

Any saving grace to Kingsway West comes with Mirko Colak’s art. He’s at home with defining people visually, and has a good design sense when it comes to the anomalies of this new world, like rabbits the size of mammoths used like horses. It doesn’t sound the greatest idea, but Colak makes us believe, and he does so with the rugged landscapes and grimy locations.

Kingsway West needed someone to point out when character motivation was inconsistent or contradictory. As it is, it’s a mess of workable ideas strung together with little coherency. There’s a fair chance a graphic novel about Dundee’s dual carriageway would have been as interesting.