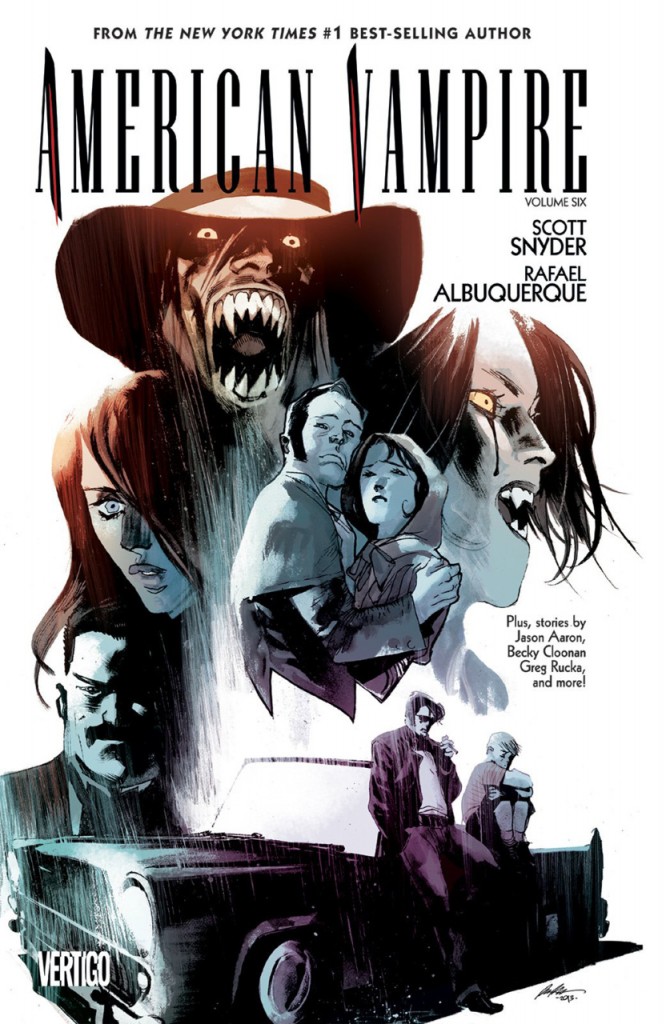 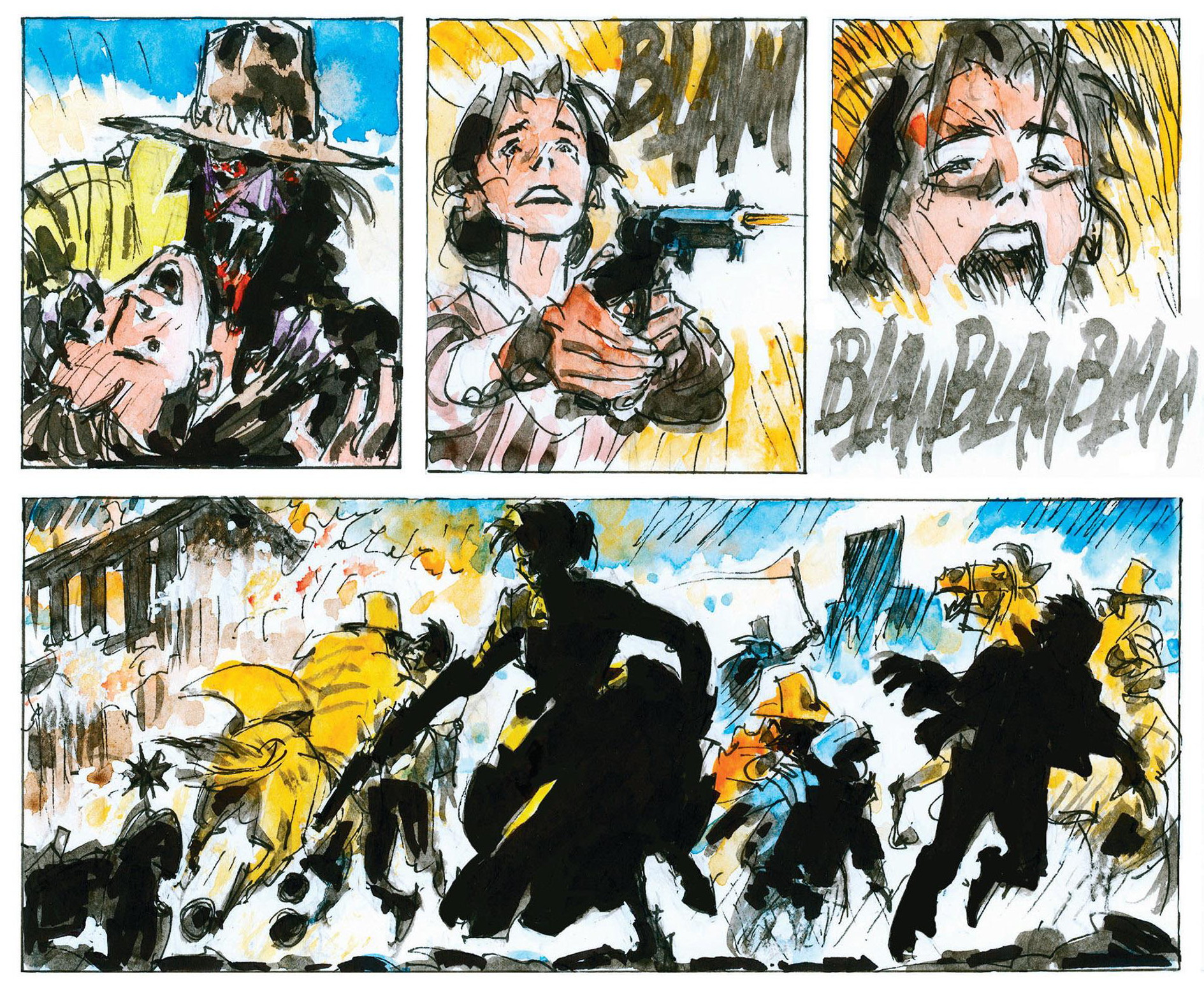 This volume lets other creators loose in the world of American Vampire, delivering some interesting perspectives. The longest story on offer, though, is ‘The Long Road to Hell’ by the regular creative minds of Scott Snyder and Rafael Albuquerque.

It introduces young lovers Billy Bob and Jolene, needing to do what they can to survive, and a strange young kid called Jasper who has the feeling of someone set to play a further part in the series somewhere down the line. It’s also a return for Travis Kidd, as charismatic as anyone introduced to date. Introduced in volume four, Kidd is an extremely effective vampire hunter inextricably rooted in the cool culture of the 1950s. Barely out of his teens, he’s the rebel with a cause, and the narrative catches up with him in 1959. It’s a far more sentimental tale than Snyder usually delivers, expanding on the curse of vampirism for basically decent people.

Preceding that tale, Snyder and Albuquerque also deliver a framing sequence for the guest creators. It’s set in 1967 and stars Skinner Sweet, but is isolated from any element of continuity as yet revealed. It’s slight, with a sting in the tail.

The remainder of the material spans the centuries in chronological order, with Jason Aaron and Declan Shalvey’s inventive explanation for the disappearance of the Roanoke Colony in the 1660s the earliest, and the final tale set in 1940 the most up to date. Artist Alburquerque also writes a story showing how near the Jones dynasty came to being wiped out in the 1850s, and how Pearl’s family has a long grudge against vampires. Ivo Milazzo’s impressionistic art is unlike anything regularly seen in American comics, very sketchy with the use of bright splodges of colour to tell the story.

Hollywood was integral to American Vampire‘s introductory sequence, and the movie industry of the 1920s is the basis of three tales. The best of them is Gail Simone and Tula Lotay’s focus on Hattie, although Francesco Fracavilla’s glimpse at an ambitious actor introduced in that first arc is also neat. Both, though suffer from predictability for any readers who read that first volume. Less predictable is Skinner Sweet’s introduction to movies courtesy of Becky Cloonan.

Jeff Lemire introduces Warhammer, with Ray Fawkes providing some interestingly designed art, and John-Paul Leon illustrates an uncharacteristically predictable Greg Rucka story, leaving the best of the material from the guest creators to Gábriel Moon and Fabio Bá. Their story is a stylish recollection of an atrocity in a 1940s Harlem night club and its subsequent consequences.

The appeal of this collection rests on whether it’s just following Skinner Sweet and Pearl Jones through the decades that’s of interest, or the greater world and cast created for American Vampire. If the former, this book can be easily skipped, but there’s enough good material to thrill readers with a wider outlook.