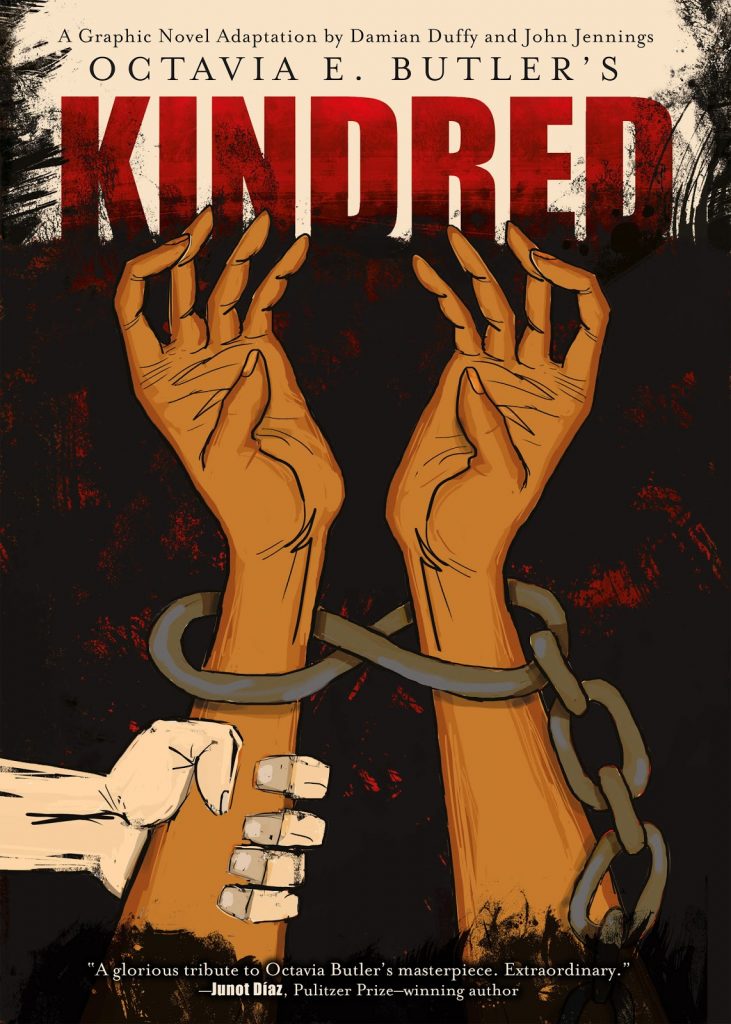 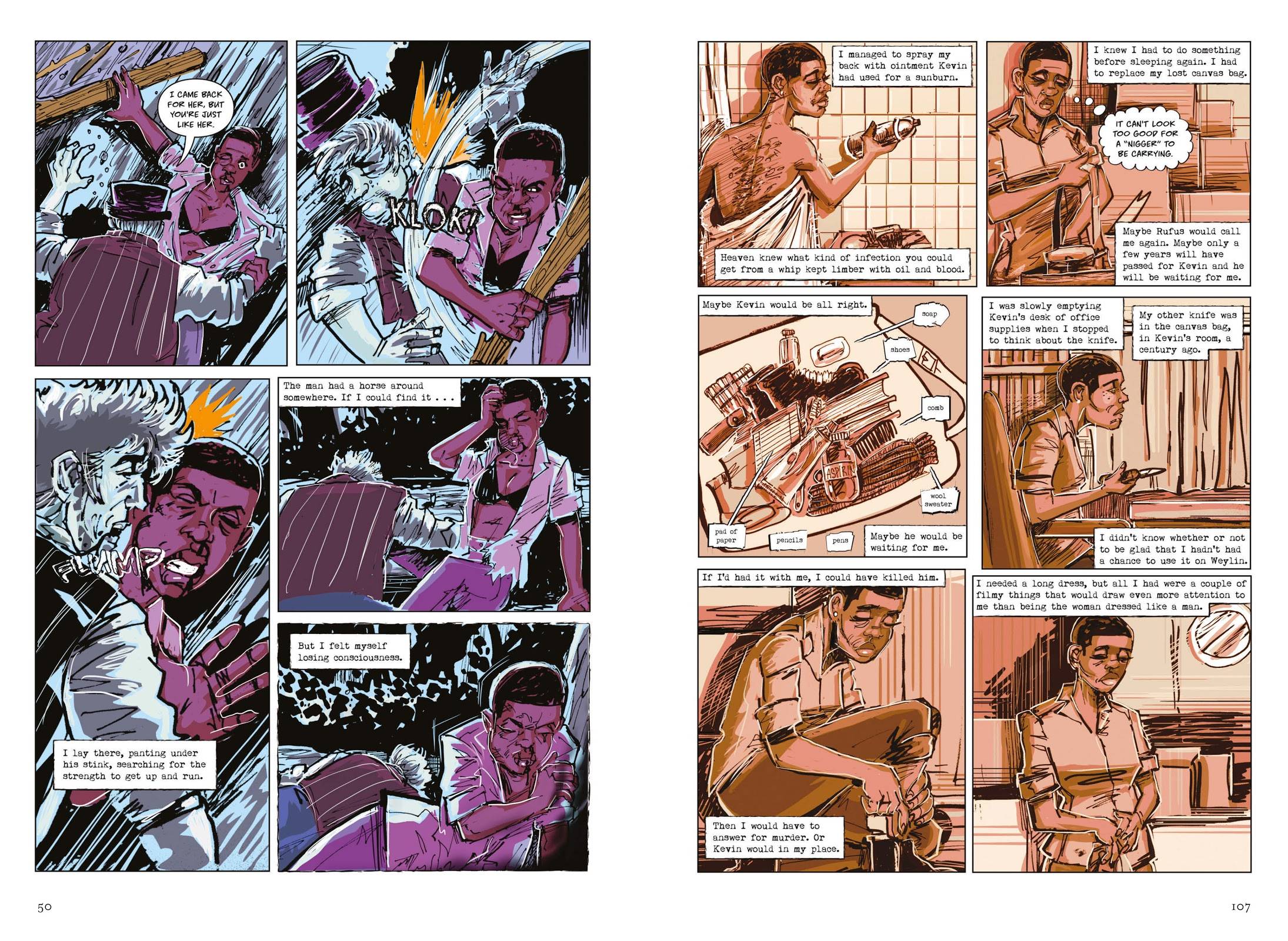 Kindred is the best seller among Octavia E. Butler’s science fiction output, and her novel most read by a general audience, many of whom first come across it as a school text. Perhaps that’s because the science fiction element is important, but small, only ever used to ensure leading characters are where they need to be. A shocking opening page drags us into the story of writer Dana Franklin, a 20th century African American woman who somehow slips back through time to the slave era where all her knowledge and enlightenment count for nothing in a stacked system.

Although published in 1979, the present day setting of the USA’s 1976 bicentennial provides a greater magnification of the past. Kindred is an extremely powerful novel in which Butler transmitted the fears and lack of hope applied to the 19th century slave population, a horror brought home by a scene where Dana watches children playing at slave auctions.

Damian Duffy is responsible for the adaptation, while the art is produced by John Jennings. It’s extraordinarily scattershot. Some individual illustrations are rich in personality, but many pages can be downright poor, with frequent clumsy figures and distorted faces lacking professional polish, and over-exaggerated expressions. However, what most affects enjoyment is the lack of variety to the layouts. Given the possibilities, they’re extremely unimaginative, the opulence of a plantation never adequately conveyed, nor the equivalent slave poverty, and almost everyone is seen straight on or from the side in three quarter figure. Everything is limited and enclosed, when the story cries out for a wider world.

In addition to a horrifying exploration of what conditions were like for slaves, an interesting aspect being what passes for kindness and tolerance, the wider plot is also compelling. Dana never knows when she’ll be transported back in time, nor how to trigger circumstances that return her to 1976, where she’s only likely to have been missing for brief periods, sometimes only seconds, whereas years pass between her visits to the 19th century. There’s also the complication of her husband, and hanging a tension over the entire story is what was read on the opening page. It builds towards some consideration of how it is that Dana is pulled through time, the connection between her and what seems to have been an ancestor several generations in the past.

Butler had very serious points to make, and there can’t be anyone with humanity to them who can come away from Kindred without being appalled at the whimsical treatment and lives of suppression she lays bare. She also enforces the prevailing culture, partly in response to the modern day notion that a far greater number of slaves could have overthrown their few masters and overseers. However, what keeps people reading are the strong characters and page-turning plot. A graphic novel adaptation is a great idea and the story holds up, but Jennings doesn’t do the source material justice.