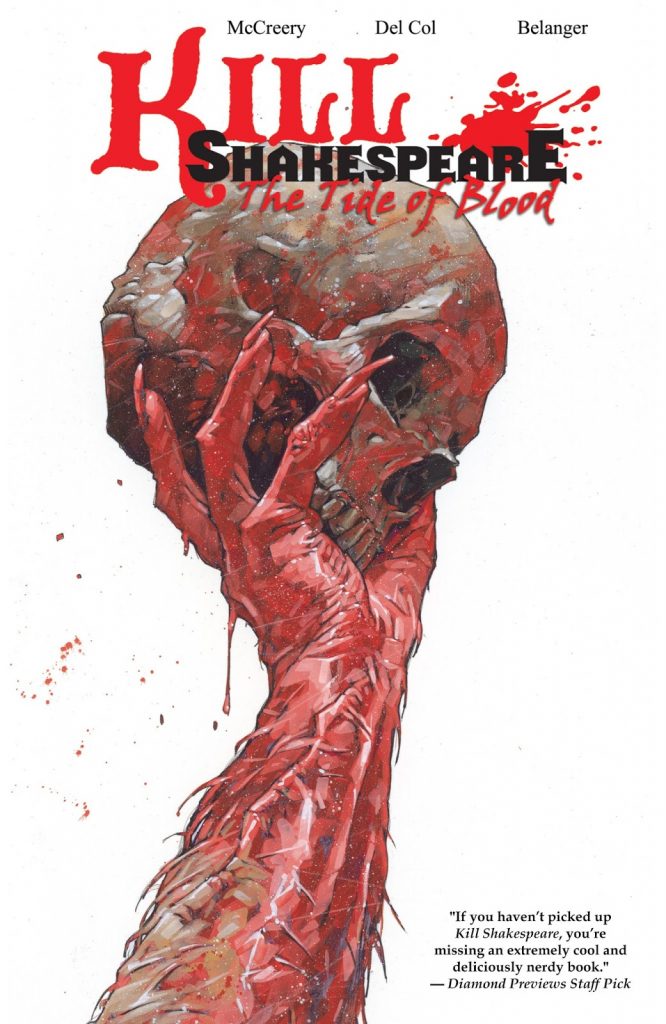 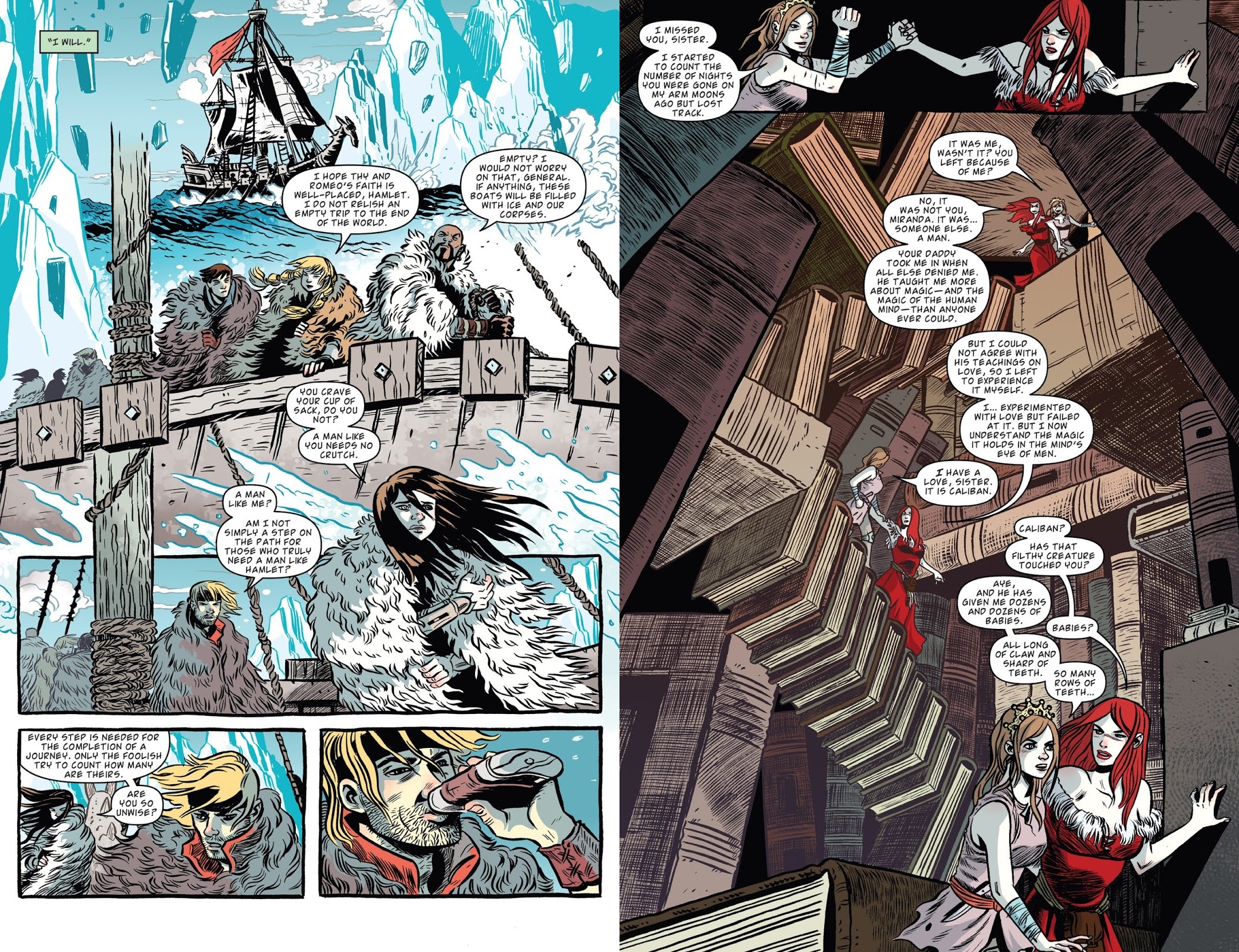 Over a complete story told via two previous volumes Conor McCreery and Anthony Del Col co-opted a whole bunch of Shakepeare’s characters and entwined them in a new continuity, broadly encompassing themes common to several Shakespeare plays. It was faithful and clever, but the first question to be asked of The Tide of Blood is if it’s a trick that can be repeated.

Although some big names from Shakespeare’s plays were unseen in either A Sea of Troubles or The Blast of War, the writers choose to follow the survivors of their first story arc. The main players are a reinvigorated Hamlet, now partnered with Juliet Capulet leader of a successful rebellion. Three months have passed and a democratic council has replaced the rule of a King, but not everyone has settled well, a Romeo bereft of love and faith a particular problem. New character Titus and his vast armies were previously held in check, but he now sees an opportunity. That, though, is only the unseen secondary threat.

Over the previous books Andy Belanger was an artist with a talent for design and location, but his work here is flourishing. New colourist Shari Chankhamma makes a big difference, bringing out a delicacy not apparent earlier. There’s a prevailing brightness to skies and therefore to mood, and Belanger’s already interesting layouts have improved still further as he experiments with styles when the heroes come up against magic. Improved to a far greater degree are Belanger’s people, who now have a sense of movement about them lacking the previous stiffness.

Presumably now confident they have something ongoing, the creators have taken a leisurely approach. The threat of Titus is completely ignored as more important matters prevail, and a mood of desperation is almost continuous. Key to most of Shakespeare’s plays is a scene where a character confronts their inner fears or demons, their ultimate success or failure defining their path and determining their fate, and that’s a scene that plays out early and simultaneously for much of the cast. McCreery and Del Col again use a creation of Shakespeare who considers themselves powerful enough to challenge their creator. It’s a theme perhaps more in keeping with Milton than Shakespeare, but works well for where the writers ultimately want to lead their story, as allegorical musings on the difficulties of creation produce a suitably bloody finale. Is redemption possible? It’s a question posed of a couple of characters in the closing chapter, and plays out very satisfyingly.

Kill Shakespeare continues with The Mask of Night.