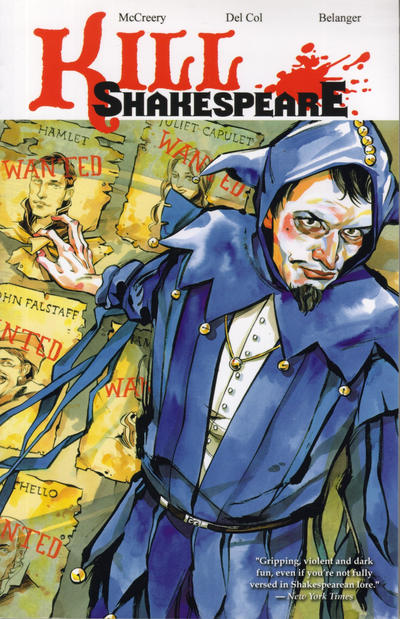 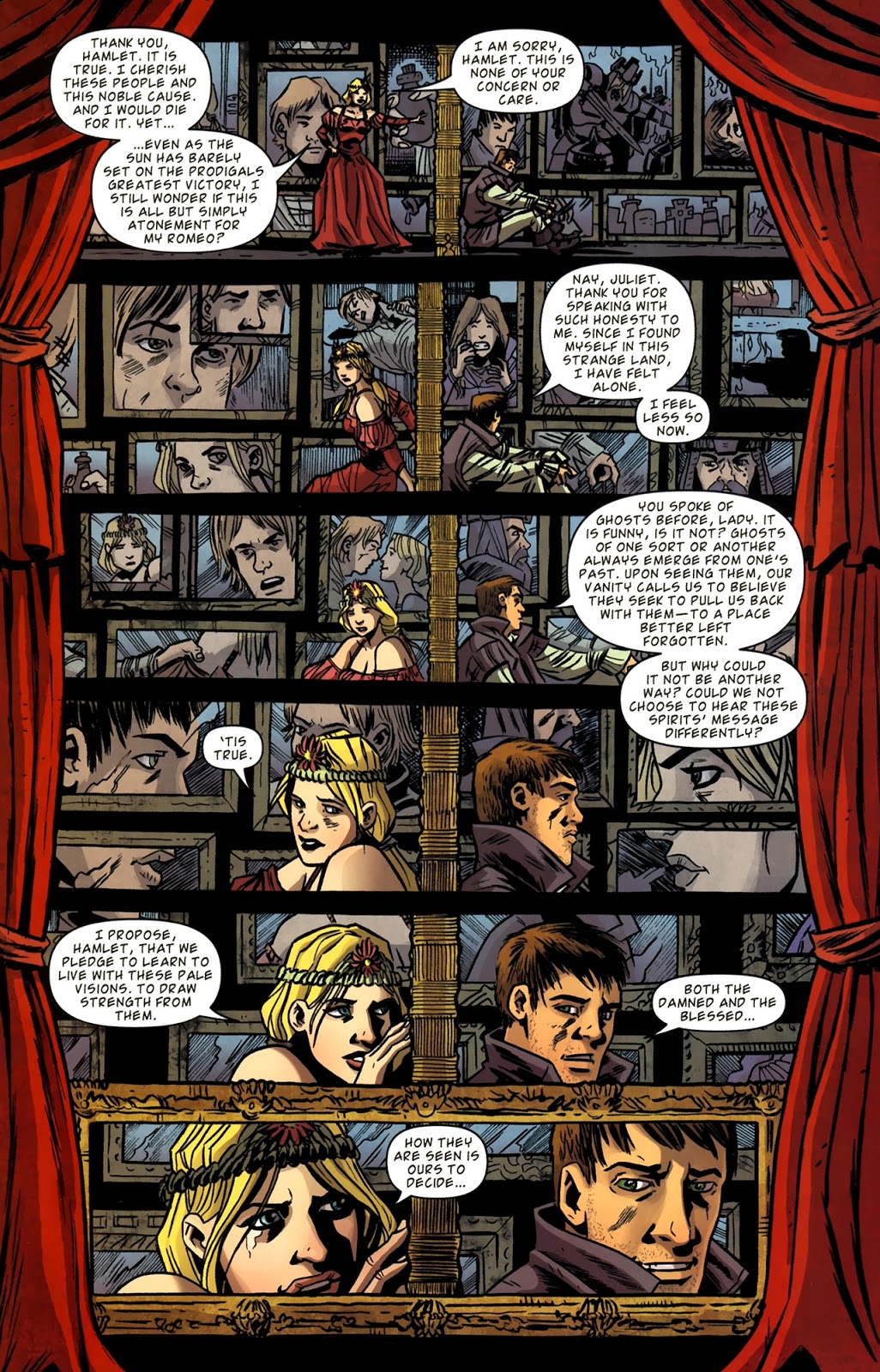 Conor McCreery and Anthony Del Col introduced Hamlet to Richard III, then to Iago, Falstaff, Juliet and Othello, while Richard allied himself with Lady Macbeth. All to a greater or lesser extent believe in a possibly mythical being named Shakespeare, and in A Sea of Troubles we learned of a magical quill that can alter reality. Hamlet has been identified as the Shadow King, a being of destiny, and a carrot has been dangled ensuring he’ll try to locate Shakespeare, but as The Blast of War opens he needs to face a dark night of the soul.

Throughout the previous volume McCreery and Del Col scattered verbal references to Shakespeare’s work, and having mastered that, they’re now throwing in visual ones as well, having Hamlet musing on a balcony be confronted by Juliet, for instance. Their narrative techniques are also acquiring a greater complexity as shown by encompassing Hamlet’s past in a play, Iago’s philosophies of life related as combat advice when they have a far broader application, and a later assessment of Hamlet’s flaws. Not that the writers remain above soap opera infusions either, with Romeo turning up despite being believed dead. The themes that beset the characters in their original incarnations are aired again here.

Andy Belanger’s page designs are showing increased ambition. He makes a far greater use of spreads for his storytelling, and often outlines his panels not in plain black, but in ornate designs reflecting the location. His people remain ordinary, but not as stiff as previously, and when it counts Belanger really comes through, his design for a composite mystical beast being tremendous.

A Sea of Troubles prompted the thought that perhaps Kill Shakespeare would prove a shaggy dog story, artificially prolonged, but Shakespeare duly appears, perhaps surprisingly, and as in the best of his tragedies a climactic battle precedes everything coming out in the wash. Hamlet is again well used throughout and the quote from his play about to thine own self be true is an impressive guiding principle for the plot. The writers draw strengths from the characters being true to what Shakespeare originally wrote, and it’s a determining factor in how events play out. A nice touch for the finale is using a sonnet about death that’s open to interpretation as a sparking point for a well written debate wrapping everything up.

The title of Kill Shakespeare does it few favours. It catches the attention, but as deliberately sensationalist, and that’s as off-putting as it is attention grabbing. The people likely to be put off are those who’ll take most from it. They’ll have another chance with The Tide of Blood. Instead of buying this and A Sea of Troubles separately, they’re combined in hardcover as The Backstage Edition.