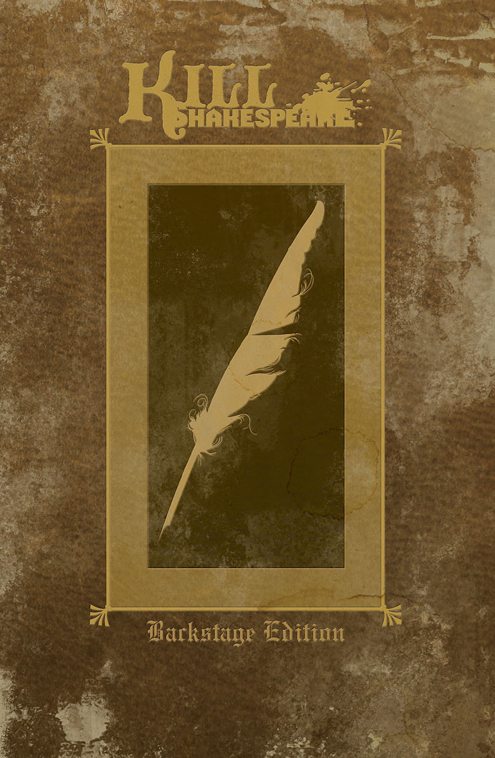 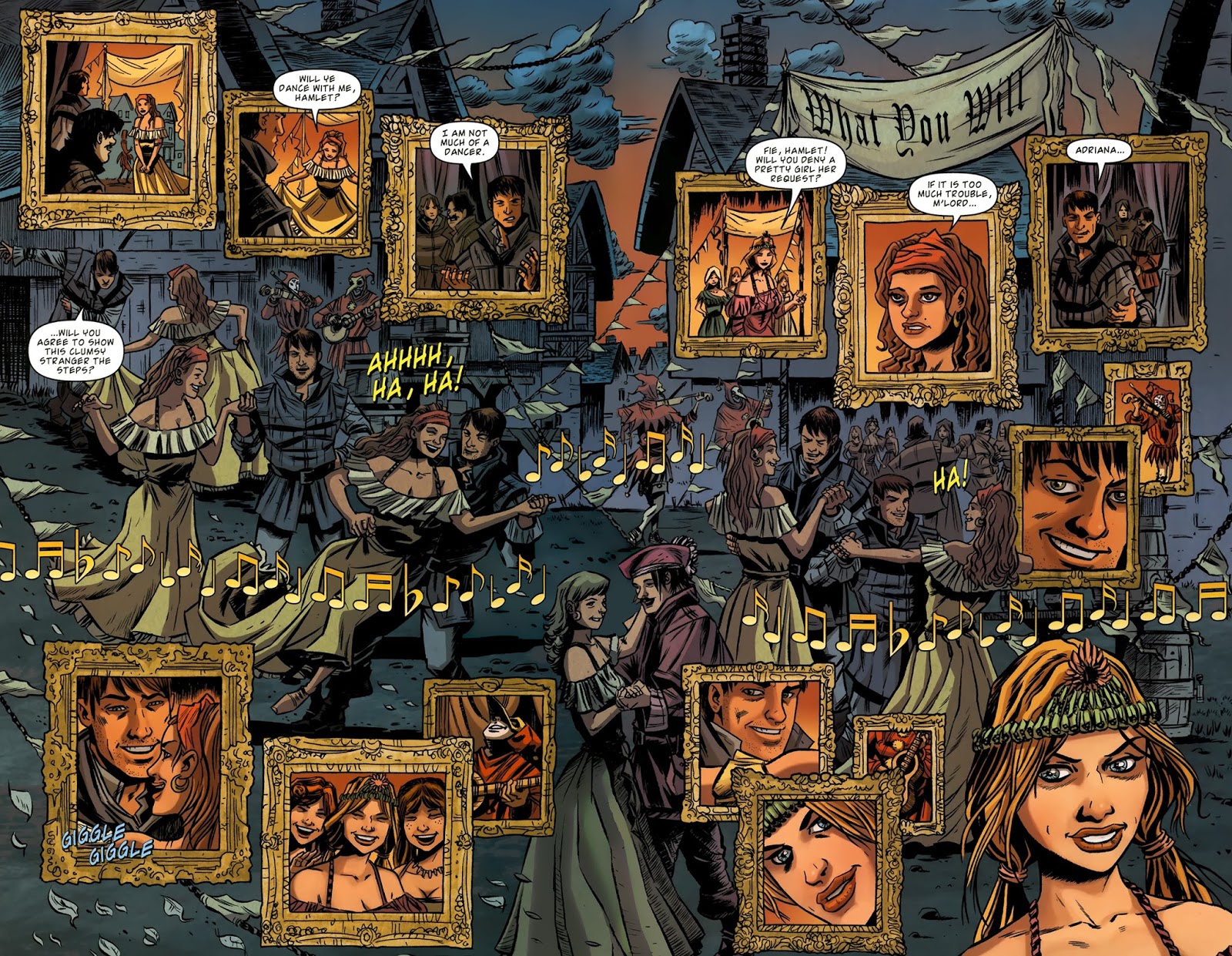 While there are some rough edges, a strong idea carries a project a long way, and Kill Shakespeare’s idea is to create a world uniting the characters from William Shakespeare’s plays into a single cohesive continuity. Yes, the inspiration is obviously Fables doing the same for the cast of fairy tales, but that’s a concept deserving a wider application. Writers Conor McCreery and Anthony Del Col select their cast well, picking up from Act IV of Hamlet with a young prince who’s been manipulated into making a mistake, but who’s not yet irredeemable and has a winning personality. Surviving a shipwreck, he lands on the shores of Richard III’s kingdom, and is rapidly identified as the Shadow King, an important figure in prophecy.

Several further of Shakespeare’s strong personalities are introduced, primarily Iago, Juliet Capulet, Lady Macbeth and Othello, and the key to engagement is that they remain true to those personalities as defined by Shakespeare, or have good reasons for being different. Juliet, for instance, refers to her younger self as spoiled, while her determined mindset works equally well as desperate lover or rebel leader. No historical revisionism applies to King Richard, and he’s the villain of the piece until it seemingly becomes necessary for the creations to kill their reclusive creator, as the title promises.

Andy Belanger is an artist who improves throughout this content, and indeed throughout the series. From the start there’s attention paid to detail, mood and location, and his page designs become increasingly ornate, panels separated not by borders, but enclosed within twisted tree trunks and branches. He’s weaker when it comes to people, not providing much in terms of facial variation and posing them very stiffly to begin with, although that also improves. Another fault that disappears over time is the tendency to over-exaggerate, which is okay for the farcical scenes, but detracts when emotional subtlety is needed. As the sample art shows, however, those page designs display considerable effort and talent.

So, if you’re not familiar with Shakespeare’s works, or are no great fan, will you miss out? That’s both yes and no. McCreery and Del Col ensure anyone can pick up Kill Shakespeare, rapidly assimilate the bigger plot and dive straight in. The benefit Shakespeare students have is that they’ll know the characters, and therefore have an idea when they might not be telling the truth. The writers do a great job with Iago, for instance, one of Shakespeare’s greatest villains, yet that’s not something you’d know immediately if unfamiliar with Othello. The cod Shakespearean dialogue wasn’t the best idea, but that can be logged as a teething problem, and the way references are included is very smart. So smart, in fact, that this combined edition has Shakespearean scholars pointing them out, along with plenty of process material not included in the paperbacks A Sea of Troubles and The Blast of War.

Kill Shakespeare doesn’t match Fables, but it grabs the attention and holds it over what’s a clever page-turner.