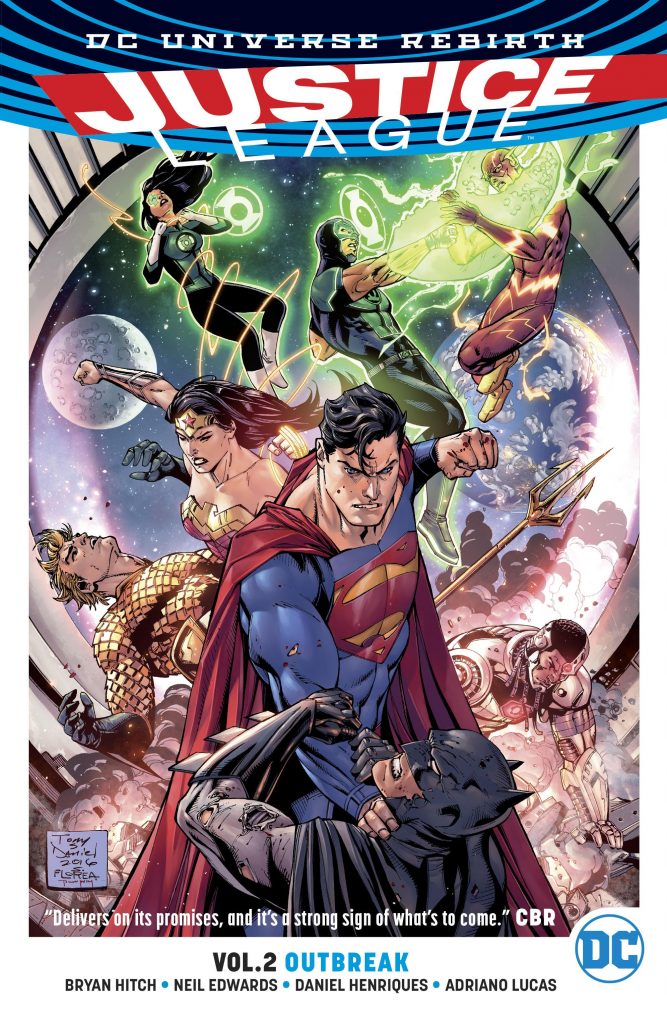 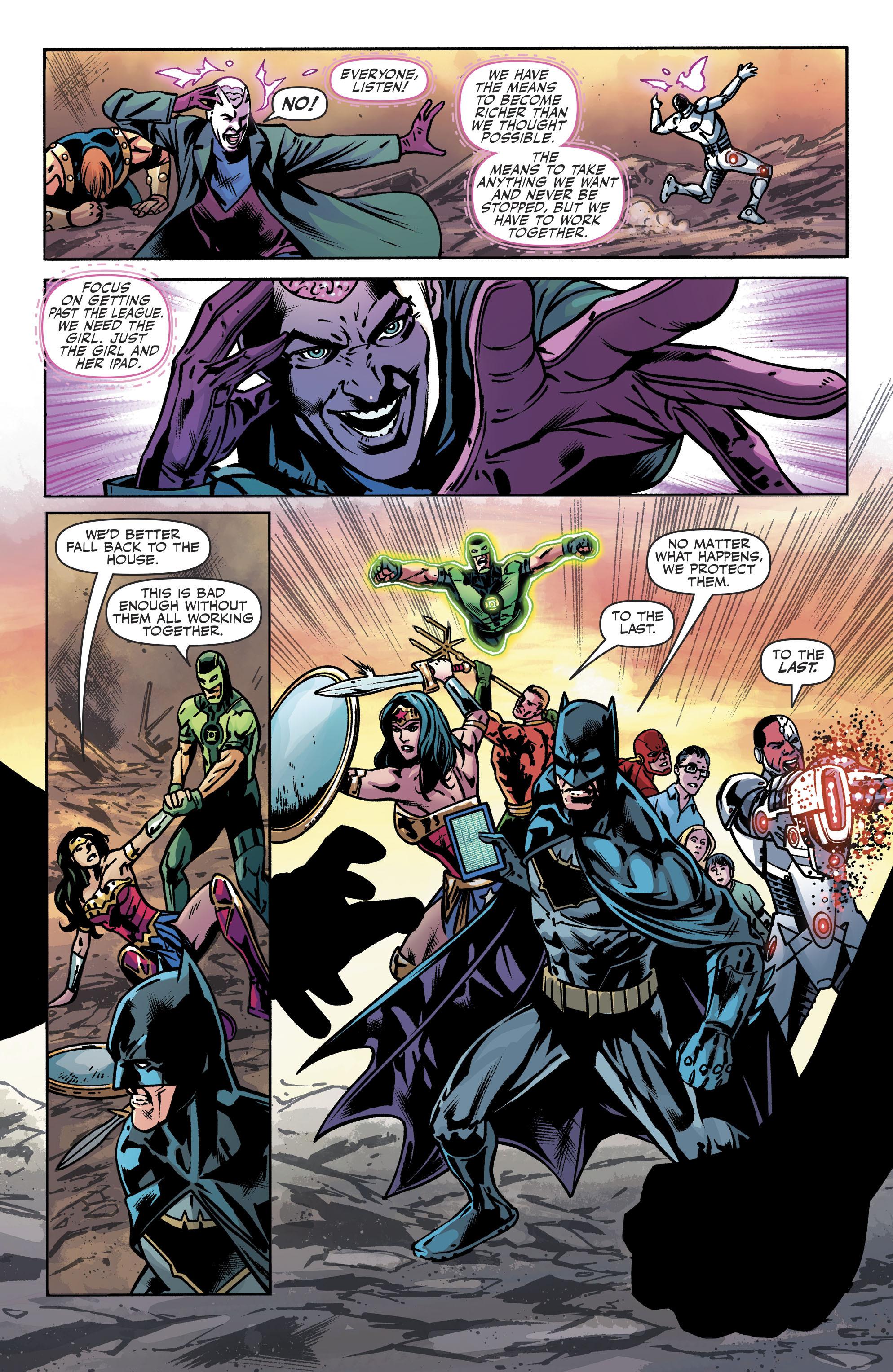 There’s a problem with this version of the Justice League, and it’s however great an artist Bryan Hitch can be, he’s no more than a very average writer. His concepts are just as viable as those by many others, but he lacks the ability to characterise the Justice League convincingly, even allowing for them being out of character for most of the opening story. Beyond that, his pacing is off, he doesn’t know what to emphasise and what to leave out, and in superhero continuity terms he throws in vast ideas that are never followed up. It all makes Outbreak an unsatisfactory read.

Outbreak breaks down into two stories. ‘State of Fear’ requires three artists over two chapters, Matthew Clark, Tom Derenick, and Jesús Merino, and has each of the Justice League members infected with a form of virus that causes them lash out at what they fear. It’s messy. Would the US government have nothing to say about Aquaman and Wonder Woman dumping their battleships and submarines back in San Diego? Why can Jessica fail to beat a villain, then later beat them using the same methods? We don’t find out.

Then there’s the title story, drawn by Neil Edwards. The opening chapter has Batman and Cyborg doing their level best to rectify disasters. The second, potentially the most interesting, has the JLA turn up at a suburban house, but page after page of dull exposition follows before a derisory showdown with a platoon of super villains. Flash alone ought to be able to beat most of them in a blink of an eye, and the one true threat, Amazo, the android with the powers of the entire Justice League, is just part of the mass. Edwards’ art is no more than average, and the story judders to a halt with a rabbit from the hat ending.

Where Hitch deserves some credit is by attempting to create new viable foes for the Justice League, and he’s successful in coming up with threats that can’t be beaten by a punch to the jaw or by taking away their weapons. Unfortunately what he creates isn’t that interesting. An amorphous dark blob of crystallised fear or a rogue computer intelligence aren’t foes anyone will want to use again, and the strangest aspect is that an artist would come up with villains that are so visually dull. The series continues with Timeless.