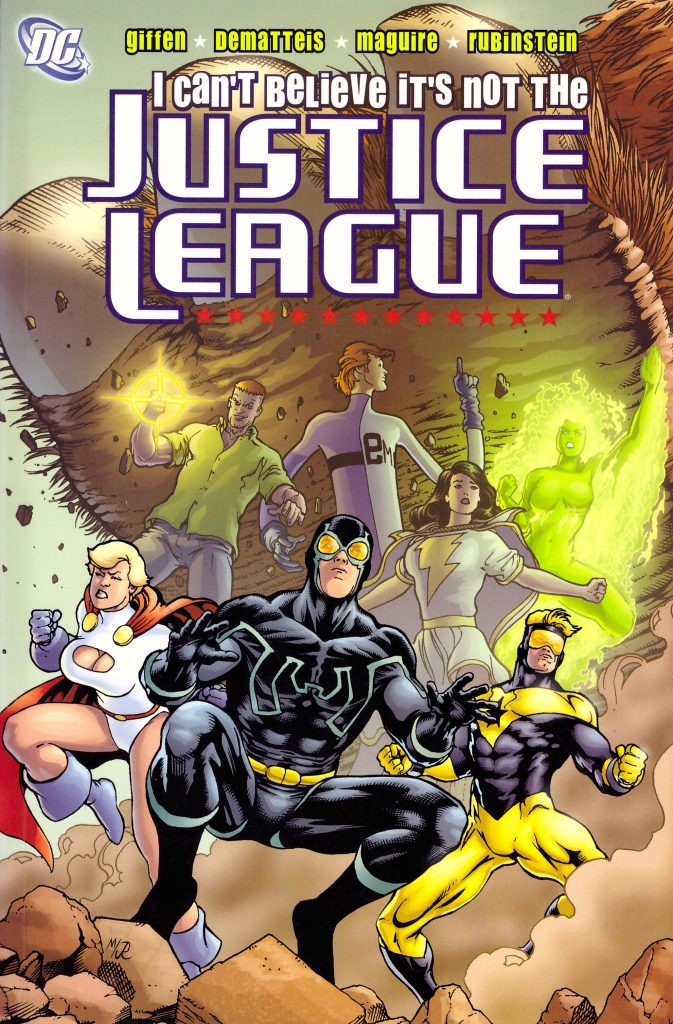 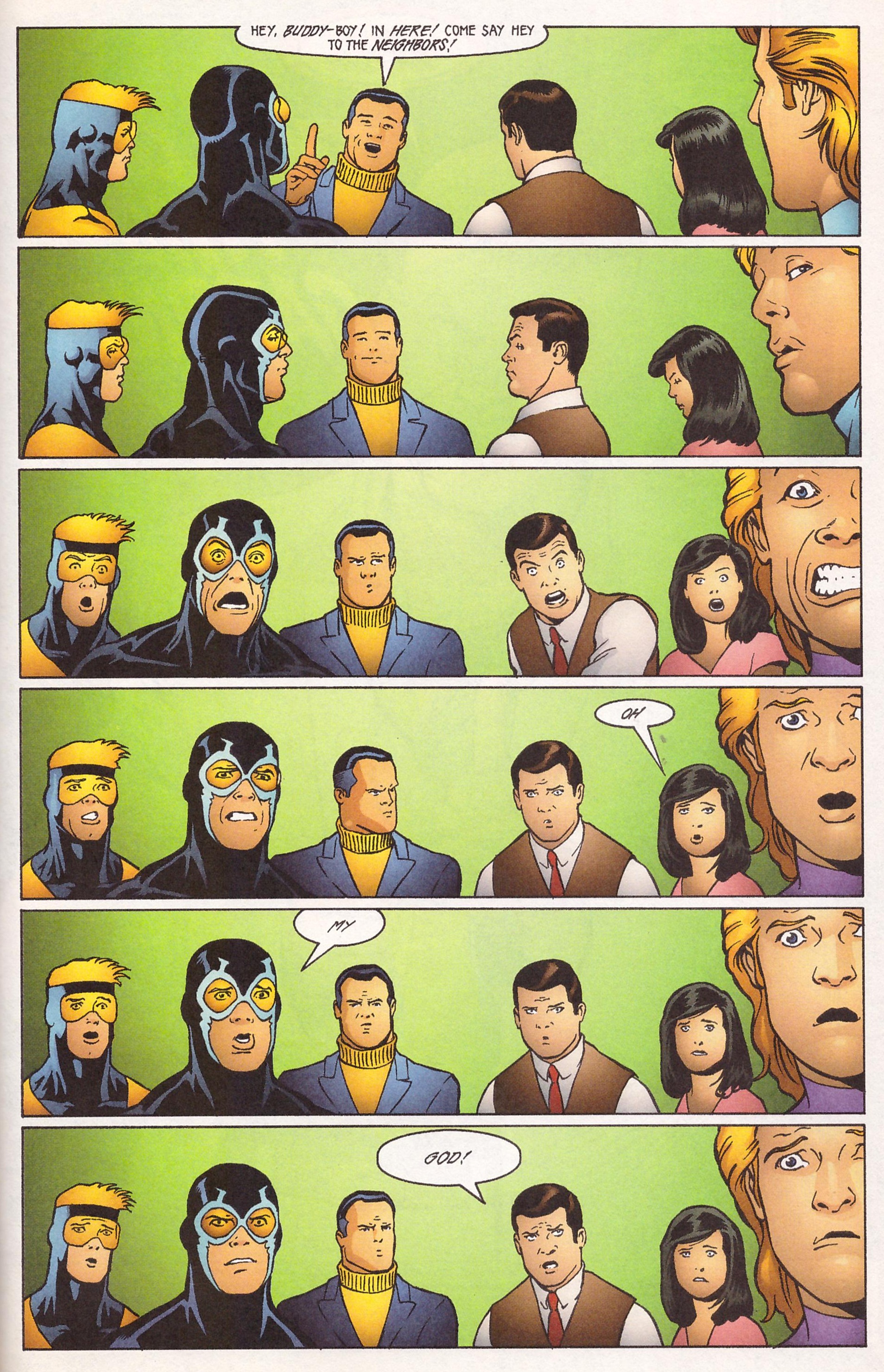 The revival of the sitcom style Justice League by Keith Giffen, J.M. DeMatteis and Kevin Maguire in Formerly Known as the Justice League proved popular enough for the creators to squeeze one more effort under the wire before the characters were decimated by Identity Crisis and Infinite Crisis. Captain Atom is gone, but the return Power Girl to the role of efficient superhero frustrated at the triviality of her colleagues more than compensates. Even better is the return of Guy Gardner.

After two chapters of wonderful banter – is Sue Dibny pregnant or not, should a super villain open a bar next door, are Fire and Mary Marvel really suited as roommates – we get to the main plot, which is some members being shipped to Hell, or a version thereof. That’s down to a sulking Booster Gold, and the writing team play about with what constitutes hell on an individual basis before dropping a great bombshell.

Maguire is again on superb form, his visual characterisation second to none, and if you’ve ever wondered what the creative team look like, well he’s illustrated them all on the final page of chapter three as bonus. Take time to revel in the verbal slapstick as DeMatteis supplies a density in the hilarious dialogue, and just to challenge himself some of it has to be in complex rhyme as well. It would be nice if every comic artist was capable of taking page after page of conversation and making it look interesting. On the face of it that shouldn’t be too difficult, yet so many fall short. Maguire never does. One technique that’s always a crowd pleaser is to repeat the same viewpoint and change the facial expressions as per the sample page. Maguire doesn’t overuse the effect, but handles it extremely well.

For all the comedy, the gist of Giffen’s plot is again good enough to be viable with the humour stripped out, and there is a real moment of tragedy that plays well in the surroundings. There are three locations used, and in each the team work, with Giffen ensuring in logical fashion that they’re unable to escape with ease. That said, this works marginally less well than it’s predecessor, with the pregnancy joke eventually run into the ground.

In their infinite wisdom DC rendered most of this cast redundant shortly after this book, killing the idea for another follow-up along with them, so enjoy this final fling.