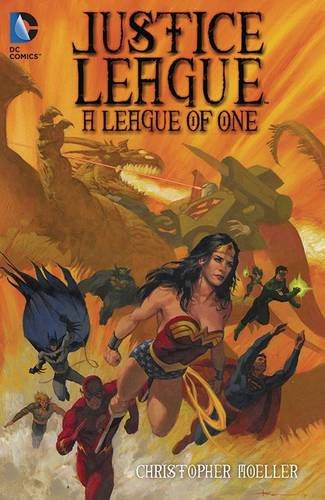 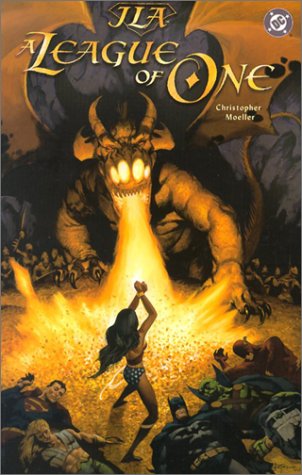 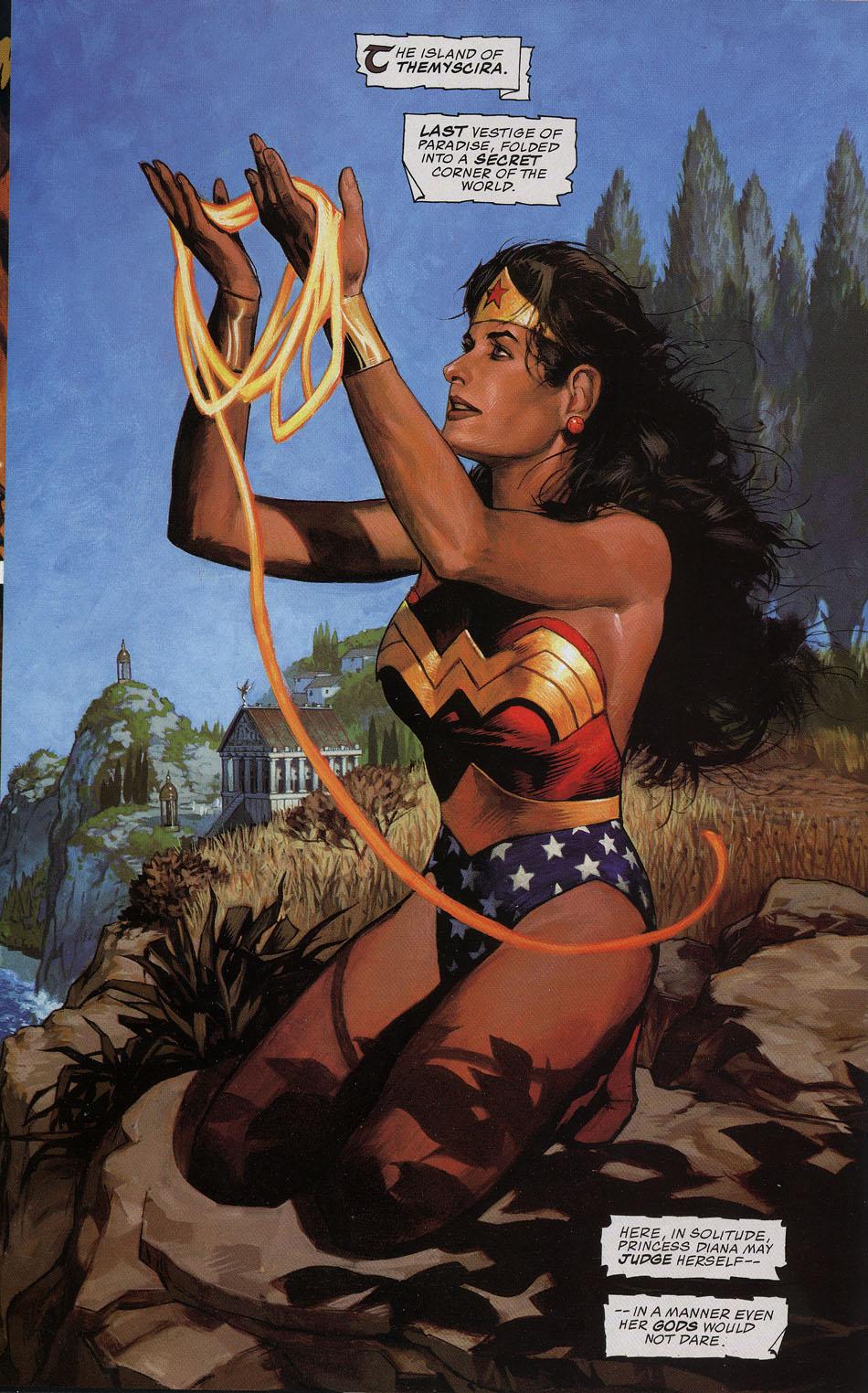 This updated version of the 2001 publication of the same name now includes two Christopher Moeller looks at the Justice League, ‘A League of One’ and ‘Cold Steel’

It seems an odd decision to market the earlier edition of A League of One as a JLA graphic novel rather than a Wonder Woman solo affair. The JLA do feature as Wonder Woman has to take them on individually in sequence, but the narrative focus is Wonder Woman, the mythical trappings are more suited to Wonder Woman and Wonder Woman occupies far more pages than any other JLA member.

That story begins with the revival of an ancient dragon who was almost killed a millennium previously. Rather conveniently Wonder Woman is present to hear a prophecy that foretells the Justice League will die, but Moeller needs this to thrust his plot forward. Diana determines that the only way to thwart the prophecy is if only she remains to take on the dragon, hence the title “A League of one. It will be enough”.

Moeller introduces many nice ideas with his use of fairy tale creatures. One is how dragons become evil, another being that as part of their tasks in caring for dragons it’s down to gnomes to contribute to their treasure hordes, and this makes them inveterate thieves. Not all gnomes are bad, however, and this distinction is crucial. The dragon is evil personified, the biggest and baddest creature in existence with a complete disregard for the lives of any other beings.

The plot is serviceable, but it’s Moeller’s art that really impresses. He has a feel for mythical creatures that gives them life, and his rustic backgrounds fit into the mood he sets. Before the inevitable Diana versus the dragon sequence there’s a prolonged conversation as the dragon toys with its prey, and this is powerfully conveyed creating a rapid uncertainty about the outcome. Moeller’s plotting allows for several full page paintings and these are wonderful compositions. He doesn’t exaggerate the musculature of the superheroes and while Wonder Woman is still powerful and iconic, she’s not far removed from the standardbearer of humanity she’s supposed to be. His notes and sketches at the back of the book elucidate his thoughts further. This isn’t the top of the pile as either Wonder Woman or Justice League graphic novels go, but it’s solid, entertaining and has some breathtaking art.

Unfortunately none of the above apply to the ponderous and predictable ‘Cold Steel’, in which Moeller turns his hand to science fiction. He also paints this, but in a less classical and appealing style. The effective detail and figurework from ‘A League of One’ only occasionally shine through, although his alien designs are impressive. In order to survive harsh conditions the JLA members don individually tailored giant robot armour, but Moeller never really delivers the visual punch this suggests. They’re mainly seen from a distance, or shrouded in gloom. Moeller’s storytelling instinct is no better. ‘Cold Steel’ is a heavy-handed morality tale where events occur to service the plot, topics are forgotten, and the longer it runs the less sense it makes.

Anyone interested is best advised to buy the older, cheaper version of A League of One, where there’s no hint of ‘Cold Steel’.