Judge Dredd: Doomsday for Mega-City One 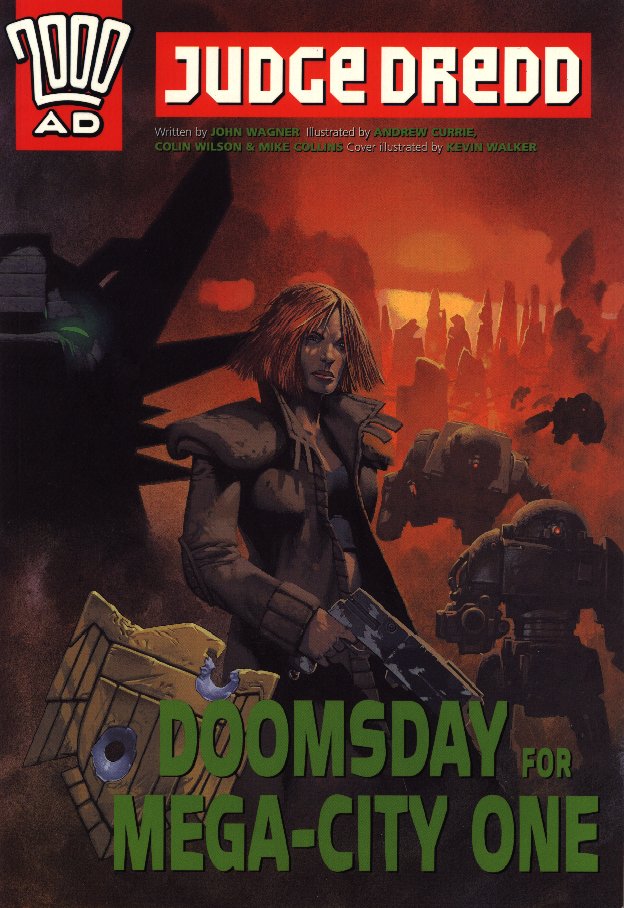 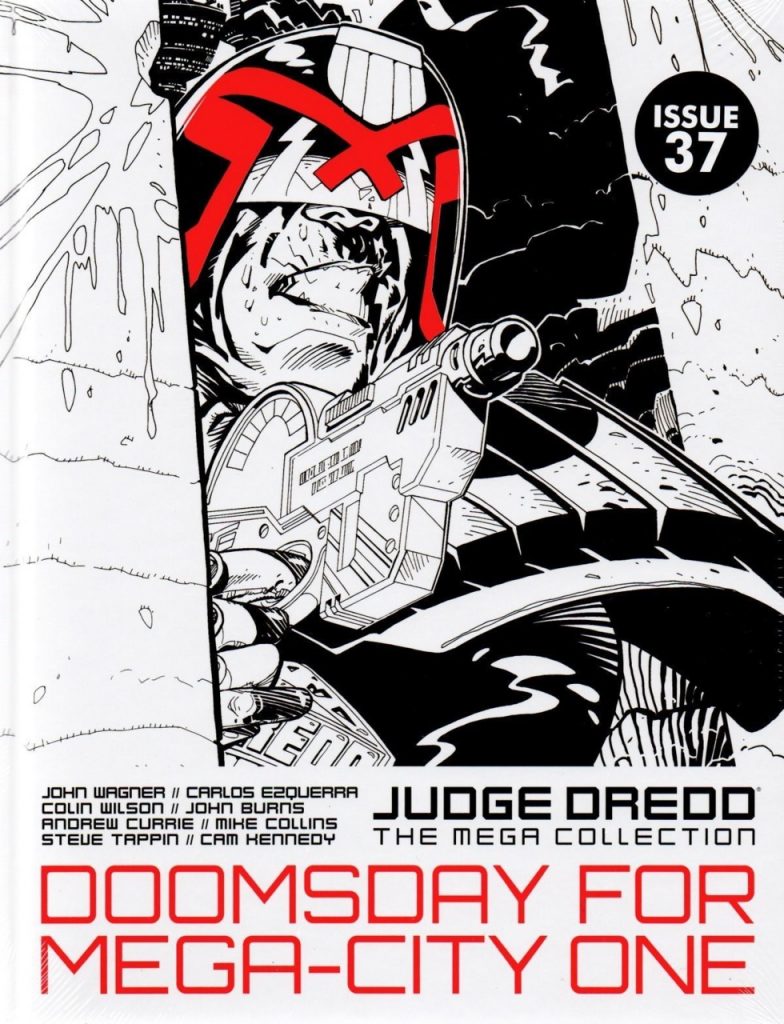 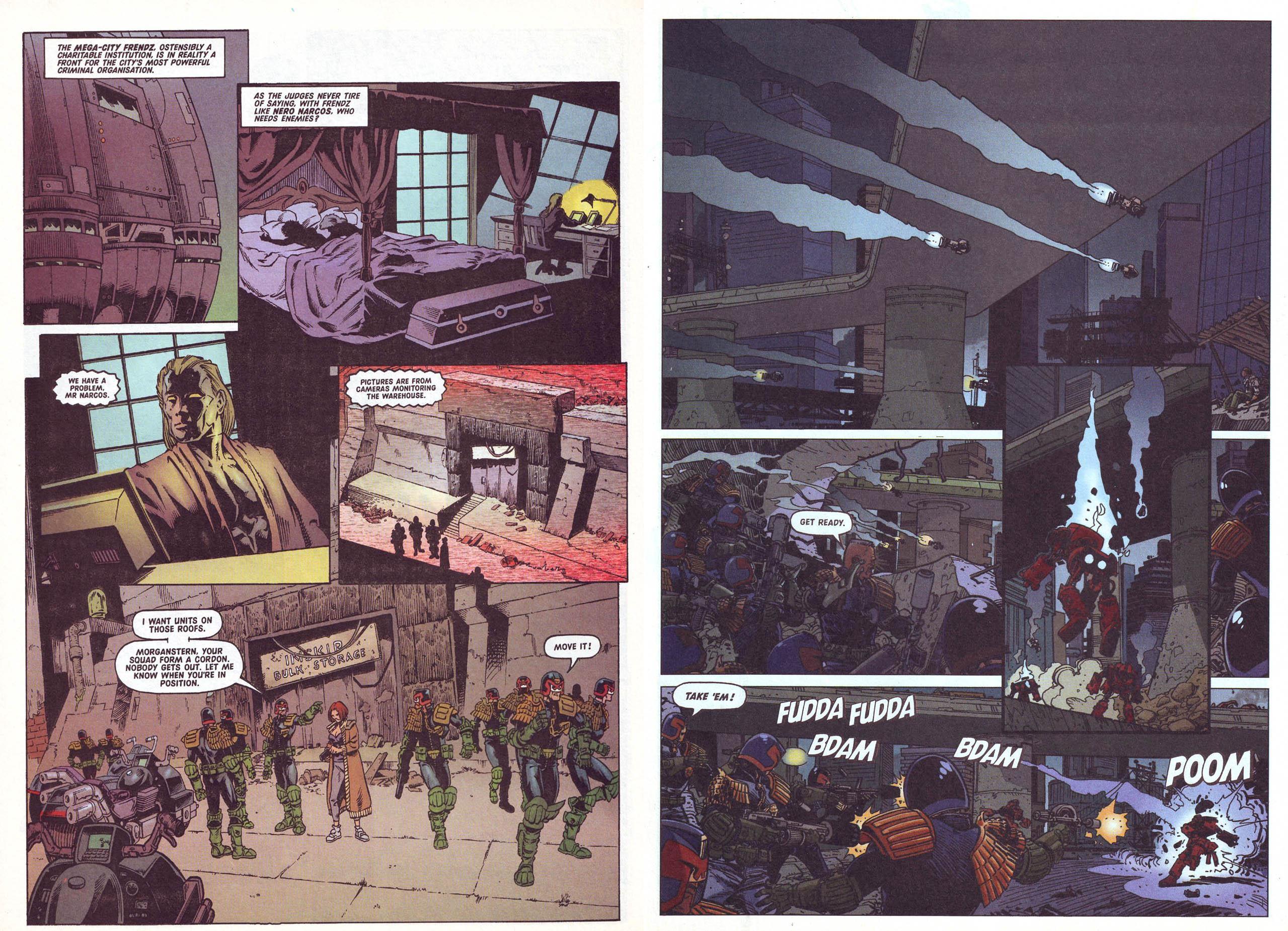 Judge Dredd had seen several previous epics, but the difference applied to Doomsday for Mega-City One was that it ran simultaneously with events in Doomsday for Dredd, John Wagner writing both. It was a two-pronged threat, with Dredd removed from the equation while Mega-City One fell under the control of a gangster.

Dredd is seen over the opening three episodes, visiting former Judge Galen Demarco (see The Pit), now a civilian he trusts, pointing her in the direction of a private investigator who needs some help. She takes to the trade, and it’s quite the understated opening to an epic as she’s hired to track down a missing factory worker. That takes three episodes, and they turn out to be the best of the book. Demarco is tenacious and likeable, and villain Nico Narcos has the means and money to enact a brilliantly conceived plan. Wagner, surely proud of his own plot notes “In essence it was brutally simple – a sudden, massive and sustained assault on every arm of the Justice Department machine”.

Wagner breaks his plot down into a prologue and the main course, which starts well enough with the Judges taken by surprise, their equipment all suspect, and the unusual situation of them having to behave like the perps they usually arrest. The first two chapters of this title section have the benefit of Colin Wilson’s art. He’s fine on his Doomsday for Dredd chapters, but here he’s amazing, taking the long view to draw page after page of sumptuous devastation, packing pin-up pages with detail and movement. Andrew Currie (sample left) and Mike Collins are both fine on the earlier and later chapters, but can’t compare with Wilson’s imagination. Collins also has the misfortune of working on the weakest section as Wagner tours around various pockets of activity in Mega-City One while everyone waits for Dredd’s return, and Demarco, star of the first three episodes, is reduced to lovesick bit player. As noted in the Doomsday for Dredd review, it doesn’t say much for the Justice Department as a whole that with Dredd away not one of them can muster effective resistance, let alone a solution. Having padded several episodes, Wagner’s then really keen to wrap things up quickly. He has one last surprise for the final page, and although it’s been set-up, it seems somewhat pointless sensationalism, and that’s it. Fade to credits.

That everything has to be down to Dredd is perhaps understandable when the feature bears his name, but it would have been nice if Wagner could have found some imagination and resilience within other Judges. The failings leave a middling Dredd graphic novel, still worth looking at for Wilson’s art and a tidy opening, but otherwise falling short.