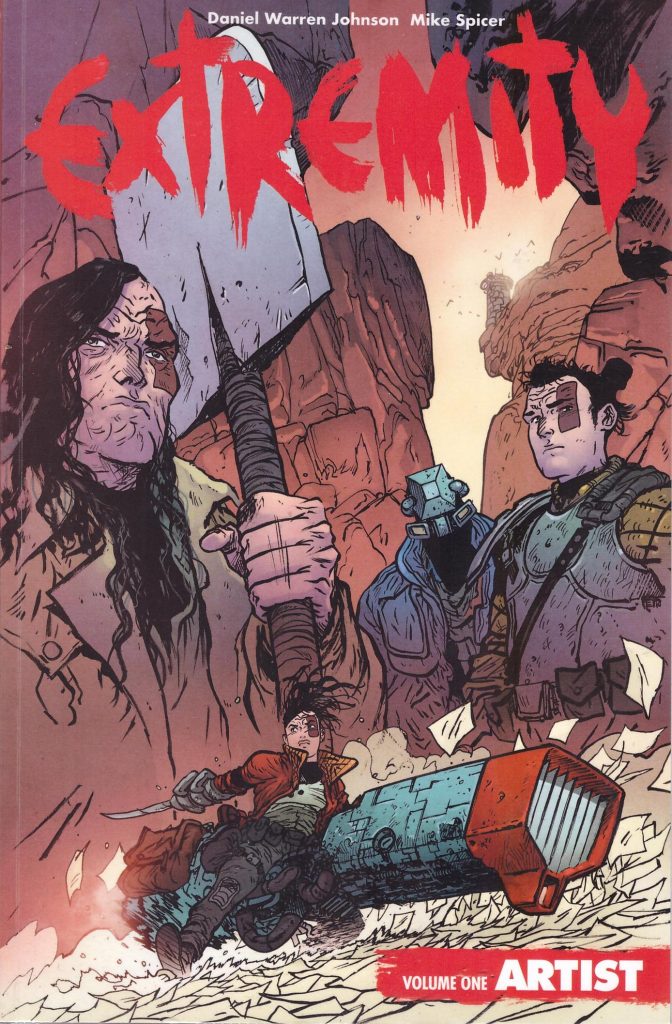 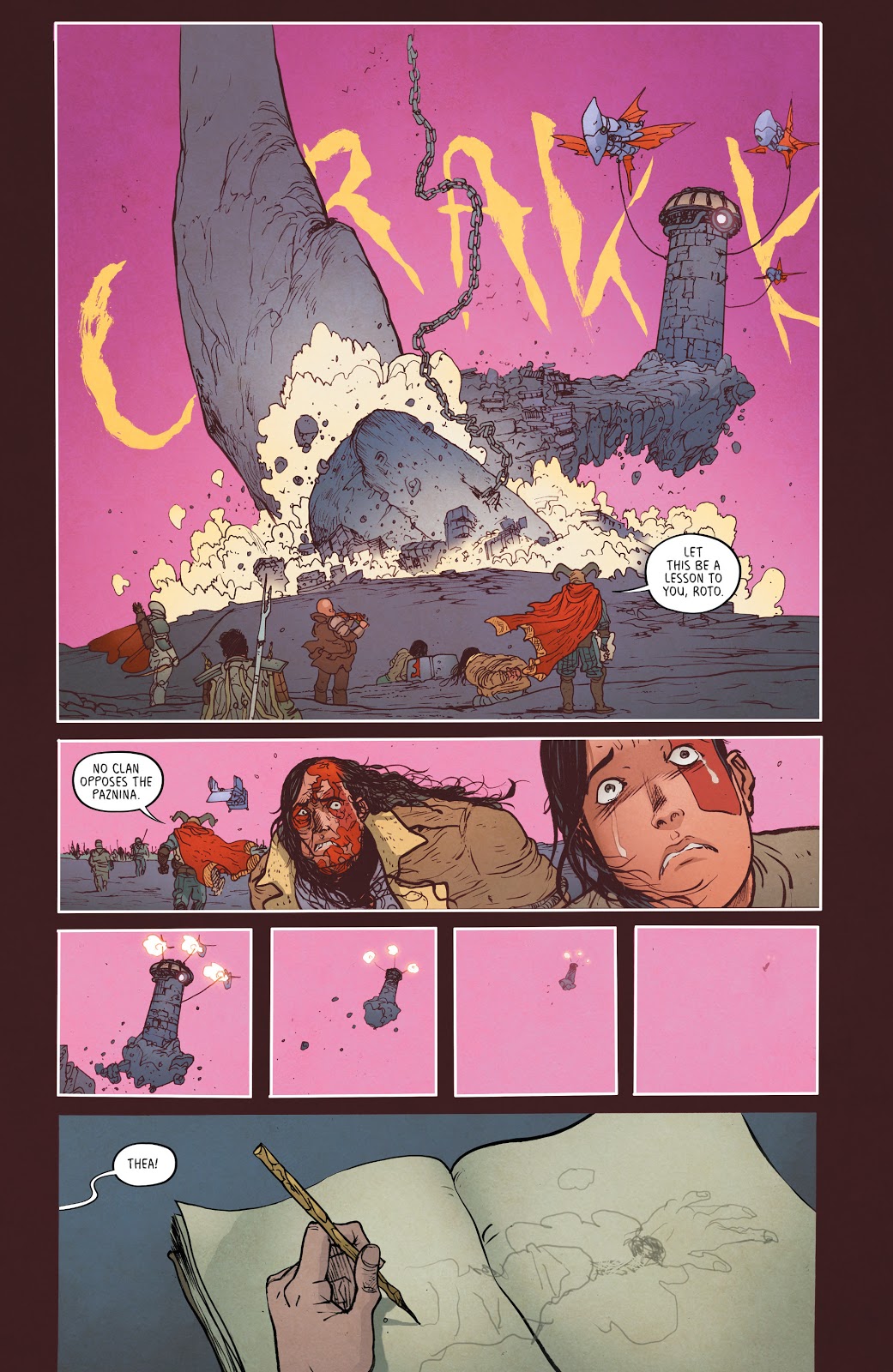 Thea and her brother Rollo were once part of a happy family unit until they were attacked by a rival clan, the Paznina, an apparent over-reaction to a border dispute. As an act of revenge, the always artistic Thea’s hand was removed at the wrist, and her mother was killed. Their father Jerome in turn vowed greater revenge and as Extremity opens, he, Rollo and Thea are part of that expedition. Although they live simply, this is a world where advanced technology exists, flying craft and cyborg attachements, and the story’s wild card is an unusual creature referred to as Shiloh, seemingly a robot, but with human parts.

Under a series title that could reference several aspects of this introductory volume, Daniel Warren Johnson brings us an immense new fantasy world of strange creatures and warring clans. The thought applied to Extremity’s background is world building of the highest order, conflicts, customs and creations completely locked in to create an utterly convincing way of life. Where Johnson is a step ahead of other such visions is that he never forgets the humanity needed at the heart of any good story, and the personalities of his cast and the way they connect has been given equal consideration. That’s combined with first rate art, Johnson as careful with his visual world building as he’s been with the background, and excellent at ensuring we know what his cast are feeling without any dialogue or narrative captions. His designs are imaginative and his spreads detailed and sprawling, creating a story that looks as good as it reads.

Many ethical issues run through Extremity, Johnson investigating the value of adhering to tradition, what constitutes loyalty, and the consequences of a revenge cycle among others, and he applies conflicting opinions to the cast. As Artist continues we look at people differently, some that appeared heroic, not so heroic after all, and the ways they deceive themselves entirely unappealing. Johnson makes the point that the road to Hell is one of small steps, and no amount of blood can replace a life, yet others find the hero within them. Johnson’s put so much thought into everything that it’s not coincidence that the small distinguishing feature between the two warring tribes is intended to parallel our own racial prejudice, but the message that we’re all human isn’t overstated.

Extremity is an extremely satisfying read, and also a series complete in two volumes, concluding with Warrior. 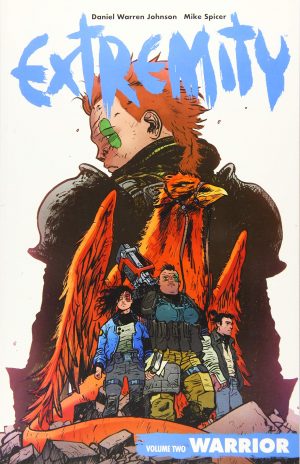