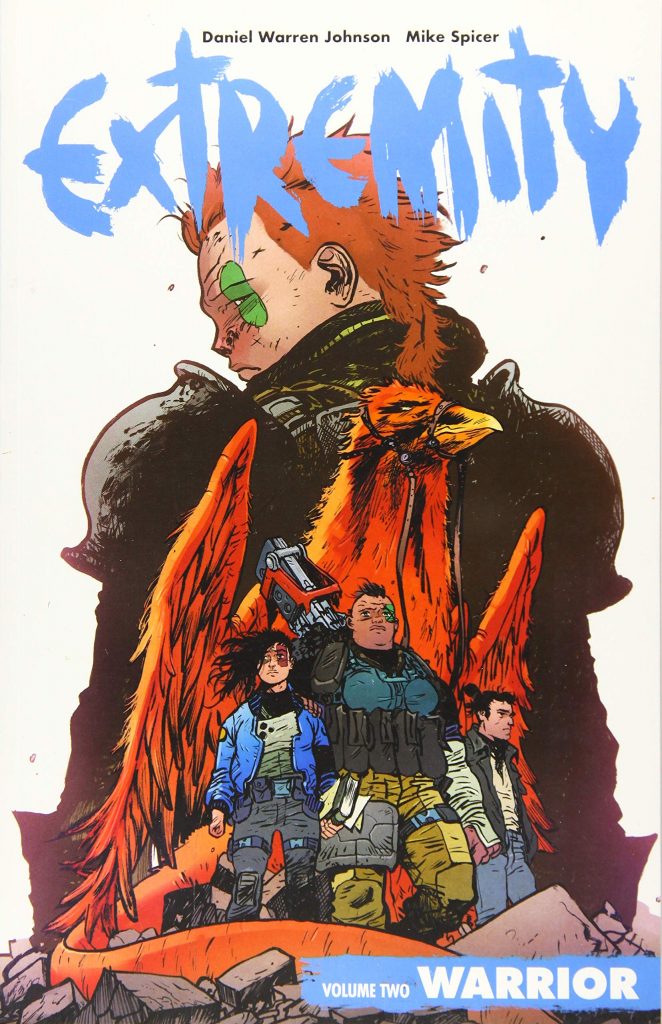 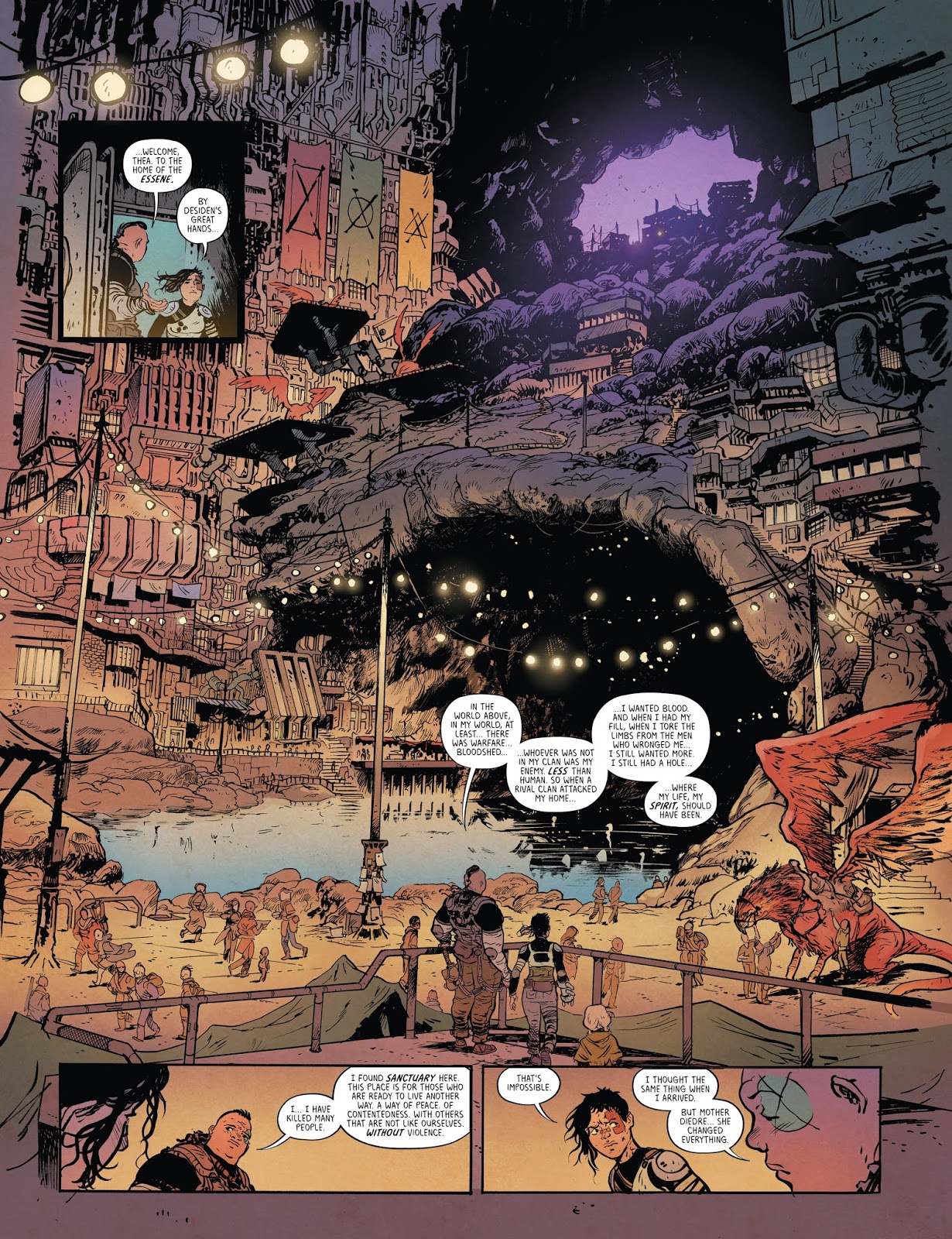 An amazing amount of world building impressed over Artist, the opening volume of Daniel Warren Johnson’s Extremity, as he introduced two warring tribes caught in a cycle of enmity that’s lasted for generations. As we learn in the opening pages of Warrior, there’s a certain amount of sadistic enjoyment involved in the actions of the current generation, and it provides a disturbing moment when this is nakedly revealed. Whatever qualms we may have previously harboured, it turns our sympathies definitively to Thea, Rollo and the Roto people.

Johnson’s mind continues to be a fertile source of expressive ideas, transmitted beautifully onto the page via imaginative layouts and impressively detailed spreads. How many artists would put as much effort into supplying the wonder as Johnson does on the sample page? The density of the story matches the art, with Johnson maintaining a fast pace as he continues to explore the world he’s devised, switching from one person to another’s activities and always maintaining interest, and frequently introducing new wonders.

Important to Extremity is Thea and Rollo’s discovery of a society that doesn’t want to be involved with the constant skirmishes causing death and injury, and important to that is a restorative ceremony where those who cause death and injury are confronted with the consequences to others. It’s indicative of the humane undercurrent to Extremity, which may seem to be about war, but actually isn’t. By the end there’s quite the spiritual conundrum to be solved, and it’s not just Rollo and Thea’s attitudes that are considered, but that of Shiloh, the battery powered being. Who he is and his possible redemption becomes a big issue by the end. In fact the longer Extremity continues, the more biblical influences can be spotted, but they’re never intrusive.

The one downside of Extremity is, sadly, the climax. Johnson’s going for the big cinematic finale, and it’s all spectacularly well drawn, but for the first time the pace changes. Instead of the previous density it’s like watching a movie on fast forward, cutting between scenes providing the chaos of war without the coherence of a story. The aftermath returns to the thoughtful optimism that’s prevailed over the rest of the series, and that works nicely. Extremity certainly doesn’t disappoint overall, but it’s a shame the final two chapters don’t match the remainder.