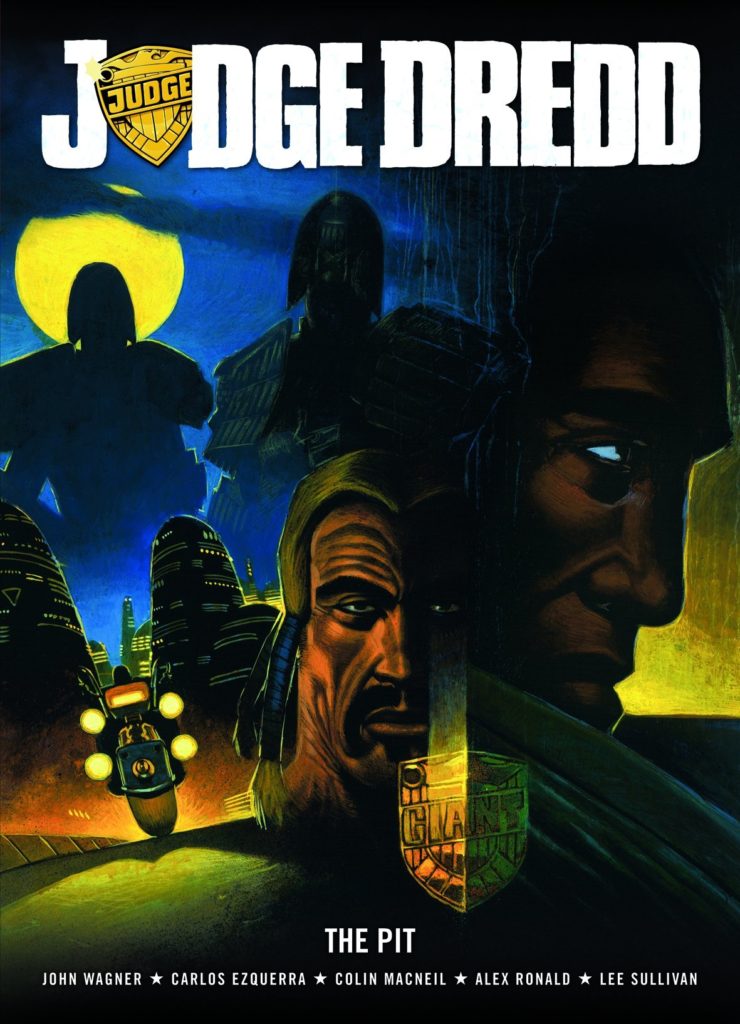 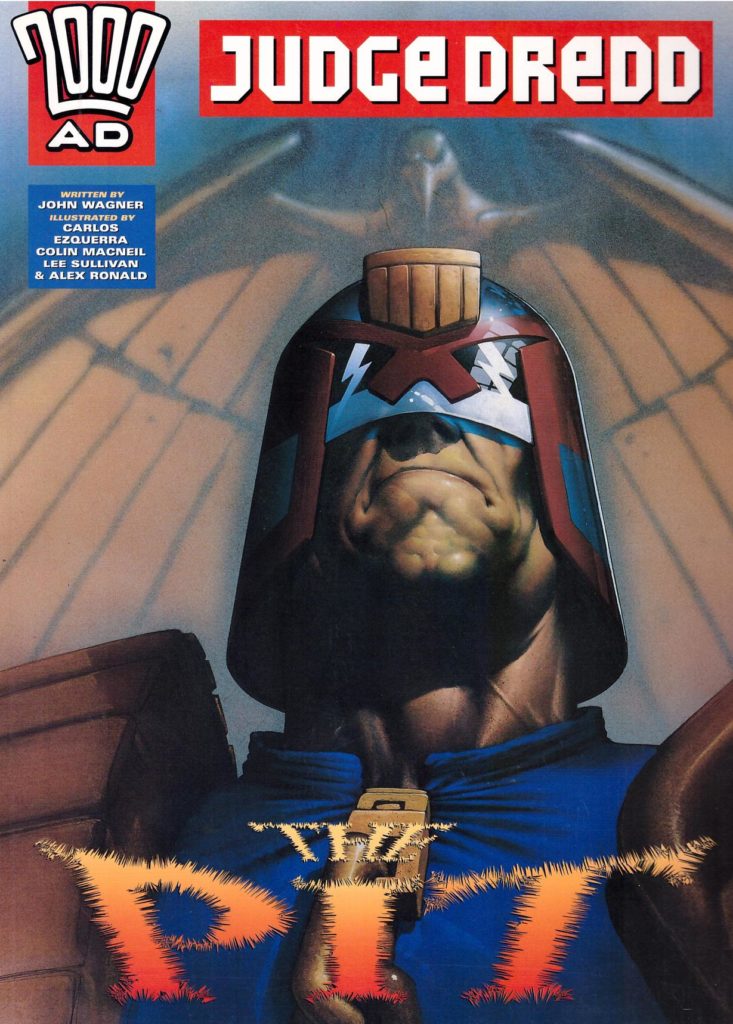 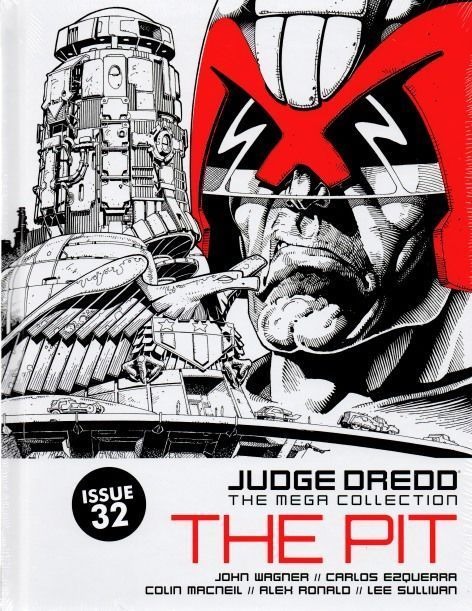 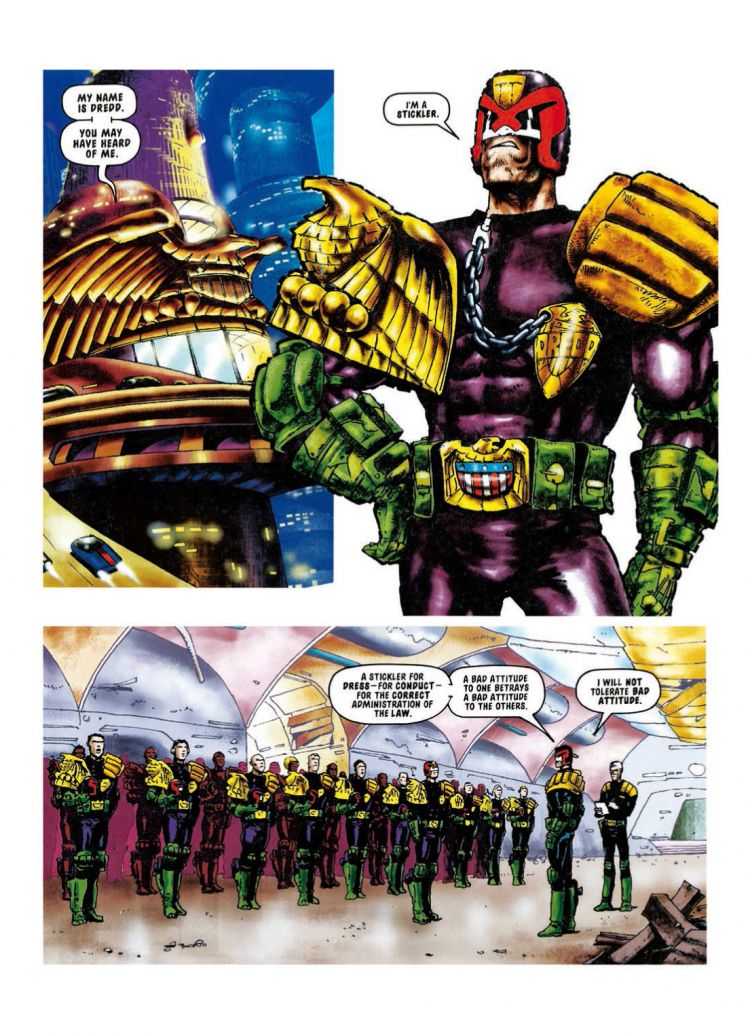 Known as The Pit, Sector House 301 is located on the isolated outskirts of Mega City One, and has previously been used as a dumping ground for underperforming Judges. There’s considerable irony in new Sector Chief Judge Dredd stating on arrival “I will not tolerate bad attitude” when as a package he’s bad attitude personified, but that’s with regard to anything other than the law. Years of experience enable John Wagner to introduce a whole new supporting cast and their personalities during a precise opening scene, revealing their foibles, failings and blindspots, while also establishing that there’s something rotten in The Pit. This is via an early encounter with an undercover judge alleging extensive corruption.

As indicated by the bulk of the book, Dredd’s reassignment was no in and out job, and this isn’t a collection padded by extra unconnected stories. In 1996 Dredd spent half the year’s adventures sorting out The Pit, although that’s broken down into shorter segments. It’s unusual to see Dredd the administrator rather than Dredd the man of action, but to compensate we see the other Judges going about their business, and Wagner ensures plenty of mystery with question marks hanging over most of the cast.

Around a third of The Pit is drawn by Carlos Ezquerra, still in the days before he discovered computer art programs, and it’s lively and thrilling, prime Ezquerra. It’s also interesting to see Colin MacNeil pencilling rather than painting, but a reminder of how good he is. Lee Sullivan’s pages feature the arrest of Roxy Music sax player Andy Mackay, and are posed in places, but there’s vitality when it comes to the action. There’s also a stiffness to then new artist Alex Ronald, but the talent is very obviously there.

An occasional dry comment, deed, or silly apocalyptic cult betrays Wagner’s commendably dark sense of humour, but for the most part The Pit is straight police drama, a futuristic version of The Bill not being wide of the mark. It was produced when new writers were tried on Dredd, few hitting the mark, and is Wagner showing how it should be done. Not everything is gold, three chapters for the Grot Pot joke stretching it thin, but it introduces a new legacy character who’d open some interesting doors, thrills 90% of the time, and produces a different perspective on Dredd who has to make decisions encompassing a broader range of input. For the ending Wagner reworks Assault on Precinct 13, but it’s not The Pit’s highlight despite the tour of redemption, revenge and repayment.

All Dredd’s continuity is now collected within The Complete Case Files, and The Pit is included with a lot of material nowhere near as good in volumes 24 and 25. It’s essential Dredd, so if a choice is available the 1997 Hamlyn collection is preferable for being in larger format. There’s also a hardcover combining The Pit with other material as part of the Judge Dredd Mega-Collection. 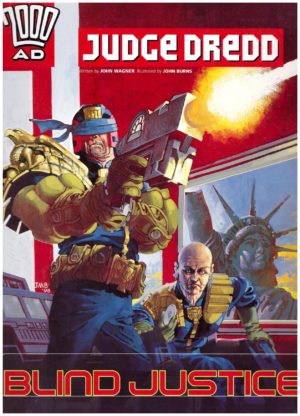 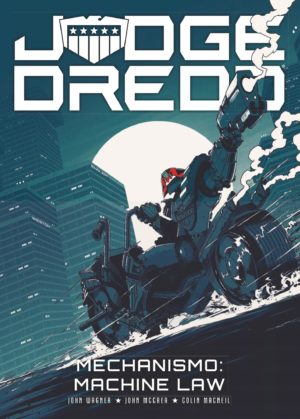