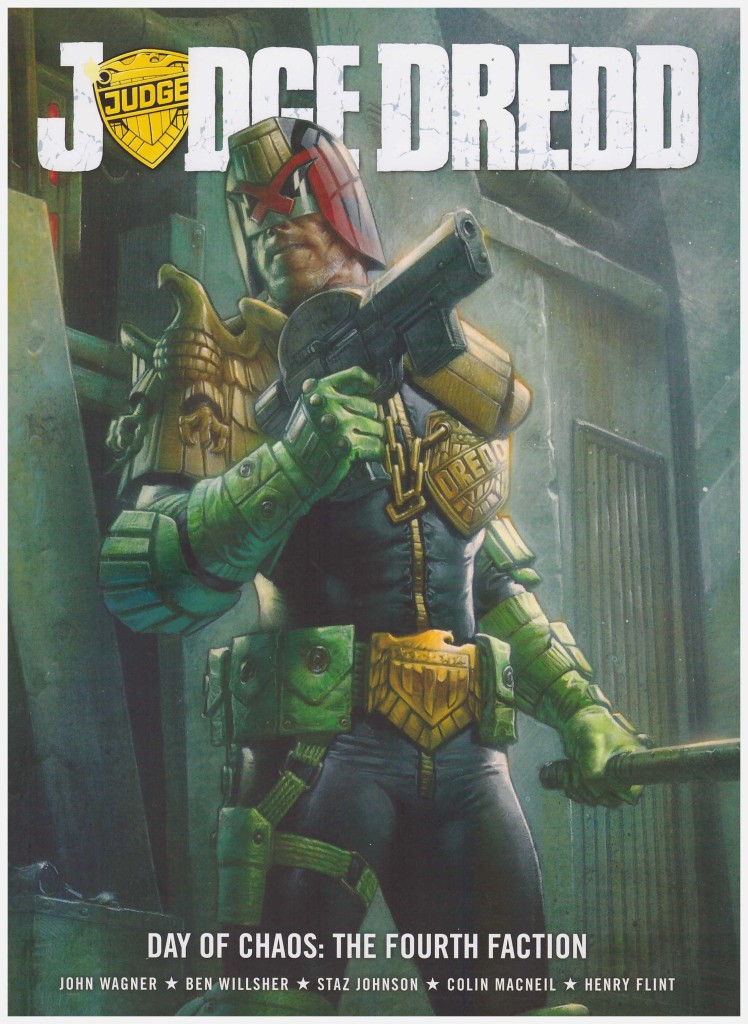 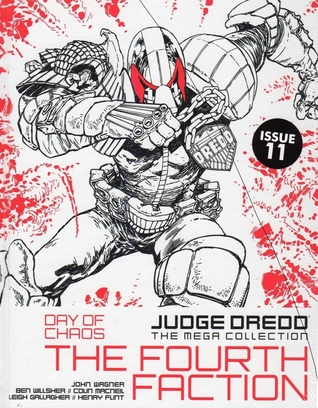 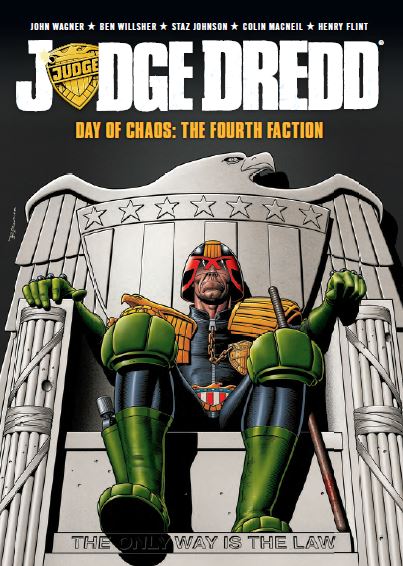 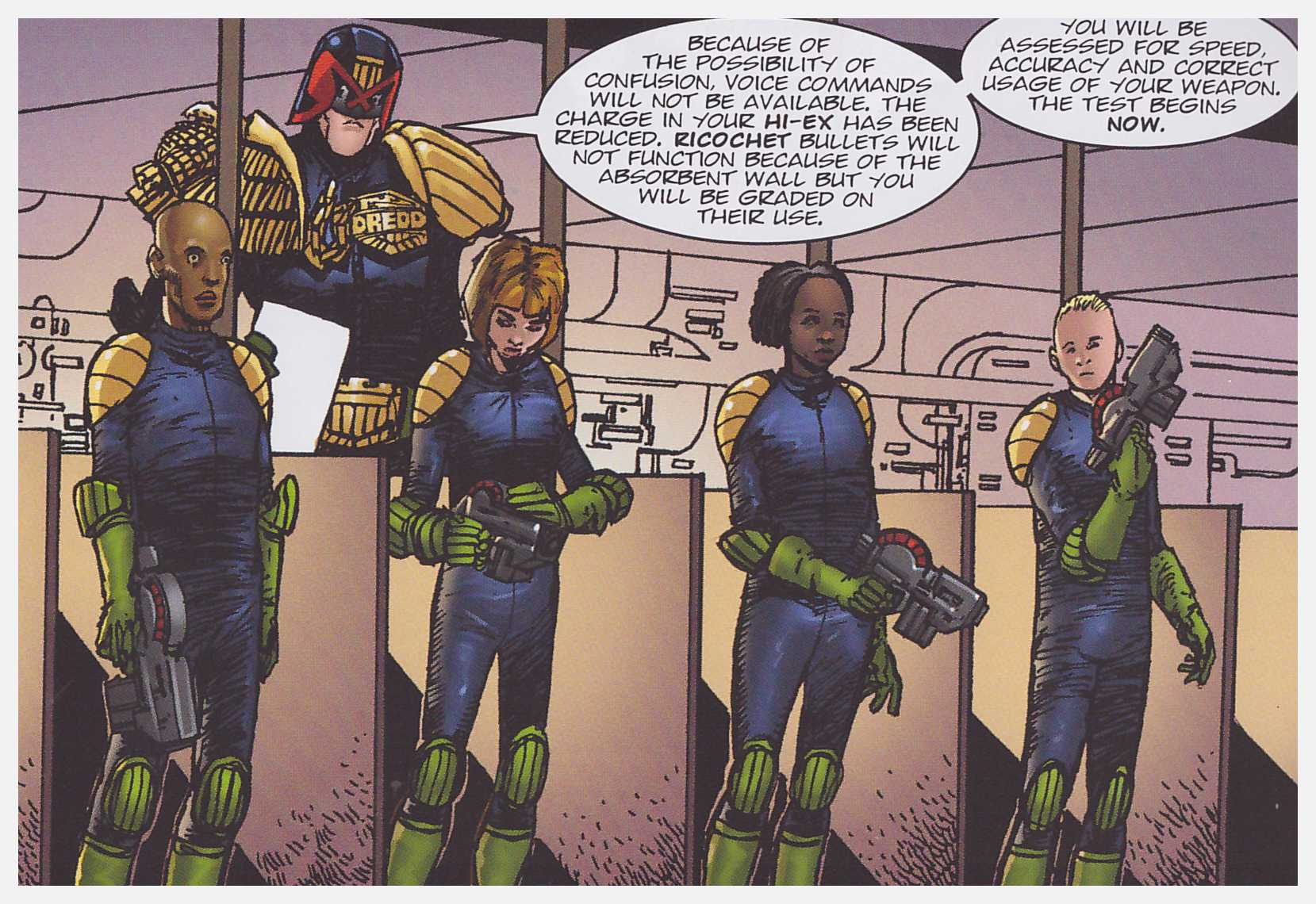 In the many years that he’s been writing Judge Dredd John Wagner has on several occasions been courageous enough to entirely demolish the status quo. The first occasion was with the Apocalypse War, and the threads of the two volume Day of Chaos (and aftermath) trickle back to that saga.

There’s actually little hint of what’s to come here, with three plots sustaining the book. What appears to be the most serious is the Judges’ continuing inability to deal with criminal genius P.J. Maybe, who plots on a grand scale, played a definitive role in Tour of Duty: Mega-City Justice, escaped execution despite Dredd’s advice, and is now intent on disrupting the forthcoming elections for Mayor. There’s also the problem of a missing scientist who’s developed a deadly virus, and disruptive terrorist attacks seemingly generated from East Meg.

Wagner unveils his plot at a leisurely pace, allowing plenty of time for the comic moments that leaven the best Dredd material. There’s the old standby of a gluttonous eating contest, still fresh after all these years, a hilarious pre-election broadcast, Maybe’s inability to spell in his diary entries, and Dredd’s frustration with policy meetings. Wagner also manages a moment of wish fulfilment at political candidate Tony Blore’s demise.

Best of all, Wagner can still slip in some killer comic lines: “Our wedding night? Well, a gentleman doesn’t tell. Let’s just say for a 97 year old she was lively.”, “Masters of Mastication: All-City Gorge-Out and Vomit Display”, “I am a notorius murdrer whos name is fEared the world over.”

Amid all this, Wagner’s savvy enough to include enough reminders of how abhorrent the Judge system is, and while he may be a man capable of great personal bravery, Dredd is the extreme end of the repressive scale.

The greatest disappointment here is that while Wagner is writing excellent material, the art fails to live up to it. Dredd was characterised by wildly disparate artistic styles, yet everyone here mushes into a homogeneous whole lacking any dynamism or individuality. That even applies to Colin MacNeil, previously responsible for what’s possibly the best Dredd story, America. Henry Flint, Staz Johnson and Ben Willsher deliver acceptable pages, with Flint at least having the wit to include an Edward Hopper pastiche, and the right touch with the comedy elements. There’s none of the verve and imagination, however, with which he illustrated Shakara or the individuality he brought to his earlier Dredd such as Total War. With more distinctive art this would be a far better book.

The Fourth Faction is very much set-up, albeit very entertaining, and the chaos breaks loose in Endgame. The book has been reprinted as part of Hachette’s hardcover Judge Dredd: The Mega-Collection partwork.