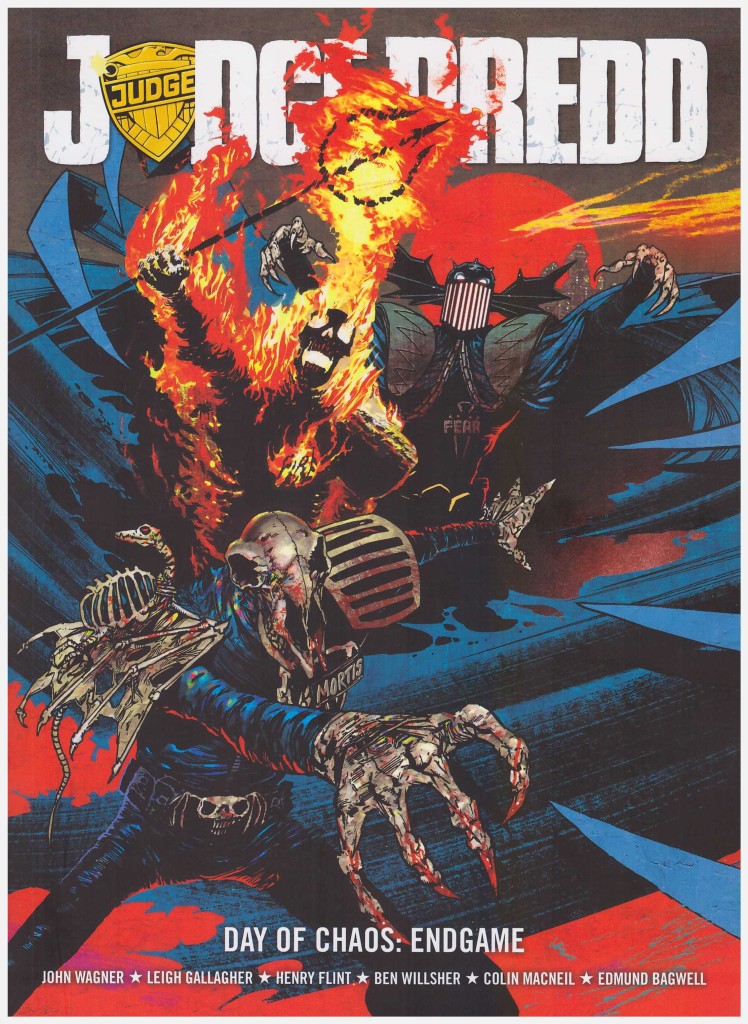 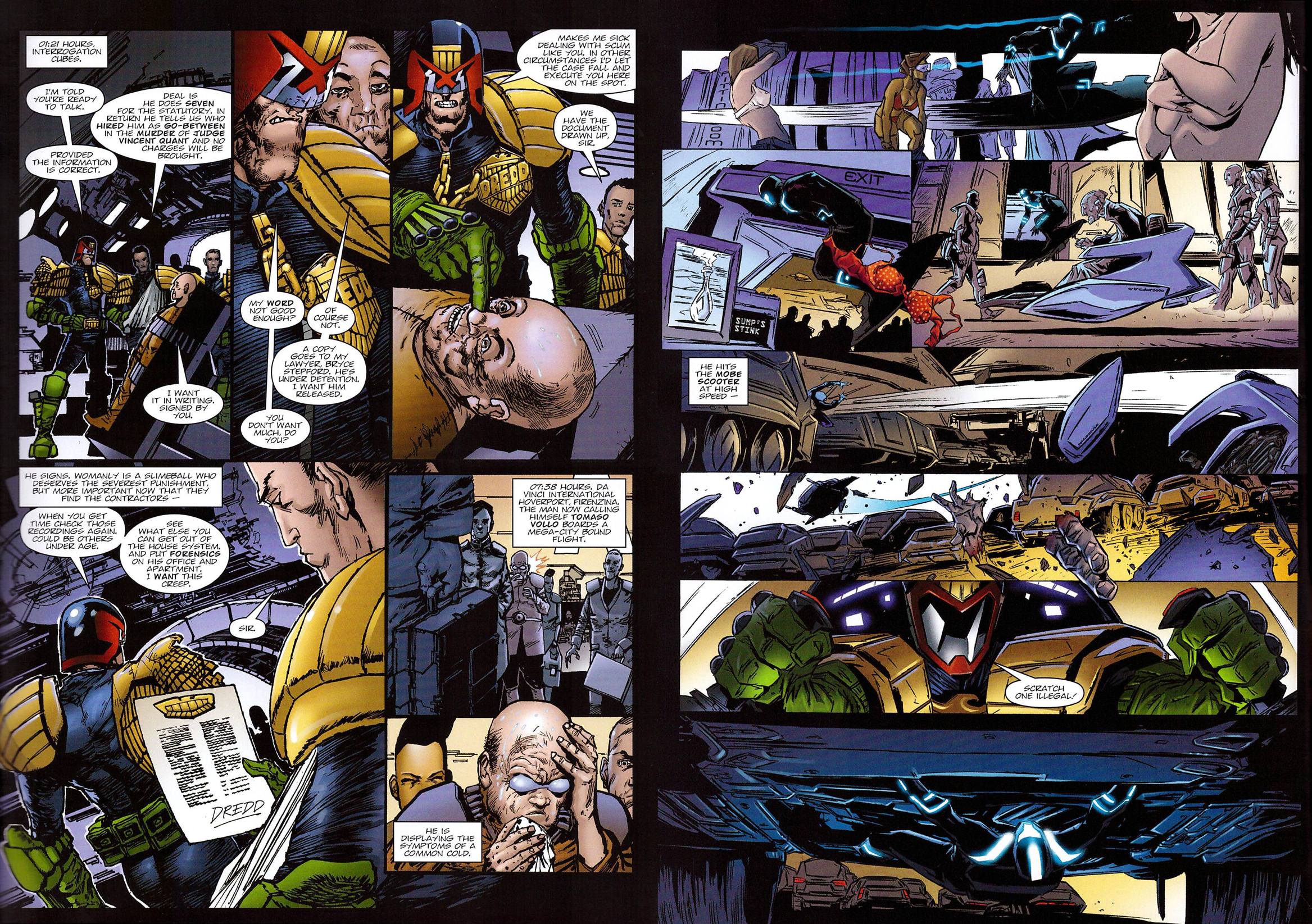 The Fourth Faction was an entertaining, if leisurely lead-in to the Day of Chaos, but events pick up in Endgame. Cadet Judge Hennessey has been experiencing precognitive visions about widespread mayhem to occur on the day of Mayoral elections in Mega-City One, but these are non-specific. As her predictions assisted in ending a case of East-Meg sponsored terrorism, Judge Dredd has faith in her, but he’s occupied by tracking down P.J. Maybe, scientific genius, who’s caused the city more than enough problems.

There’s also the puzzle of a missing scientist who’d previously conceived a deadly airborne virus, but refused to create it for the judges. That virus, as is very soon revealed, is the chaos bug, designed to spread rapidly and kill anyone it infects. And its creator has fallen into the hands of a vengeful former East-Meg Judge who holds the Judges of Mega-City One accountable for the destruction of his homeland thirty years previously. With Hennessey in a poor way, the judges are working to interpret a sheaf of notes prepared by her telepathic sister. Very soon the predictions begin to unfold.

The dull artistic tone of the previous Fourth Faction is moderately improved by the injection of two new artists with an individual style. Unfortunately their participation is brief. Leigh Gallagher has a very precise method and clean layouts, while Edmund Bagwell takes an imaginative approach to what’s fundamentally a talking heads interlude. Colin MacNeil is also on better form here, relishing the characters he’s allocated to illustrate, but his contribution is also small. It’s Henry Flint (sample left) and Ben Willsher (sample right) that carry most of the story, but their cluttered pages lack visual appeal.

The great pity of this is that Wagner’s on top form, unreeling the story in brilliant fashion, constantly perpetuating the tension by the knowledge of what can occur, and then dropping in bombshells, in some cases literally, to escalate matters. It’s unfortunate the cover gives away one problem that occurs, as it’s well concealed in the storyline, and then unexpectedly played out. As was the case with the Apocalypse War years previously, there’s not much levity here. Wagner’s in action-thriller mode, and any humour is very bleak indeed. There’s the replay of an old favourite, Dredd qualifying his language when making deal with a perp, and Judge Vass’ horrendous solution for dealing with a possible plague. Even a brief stop at the Stare-Off championship right at the start is only a prelude to atrocity.

By the time Endgame concludes things are as different as they’ve ever been in Mega-City One. “I’m very much looking forward to seeing what other writers do with what I’ve left them”, revealed Wagner. The clean-up begins in Day of Chaos: Fallout.