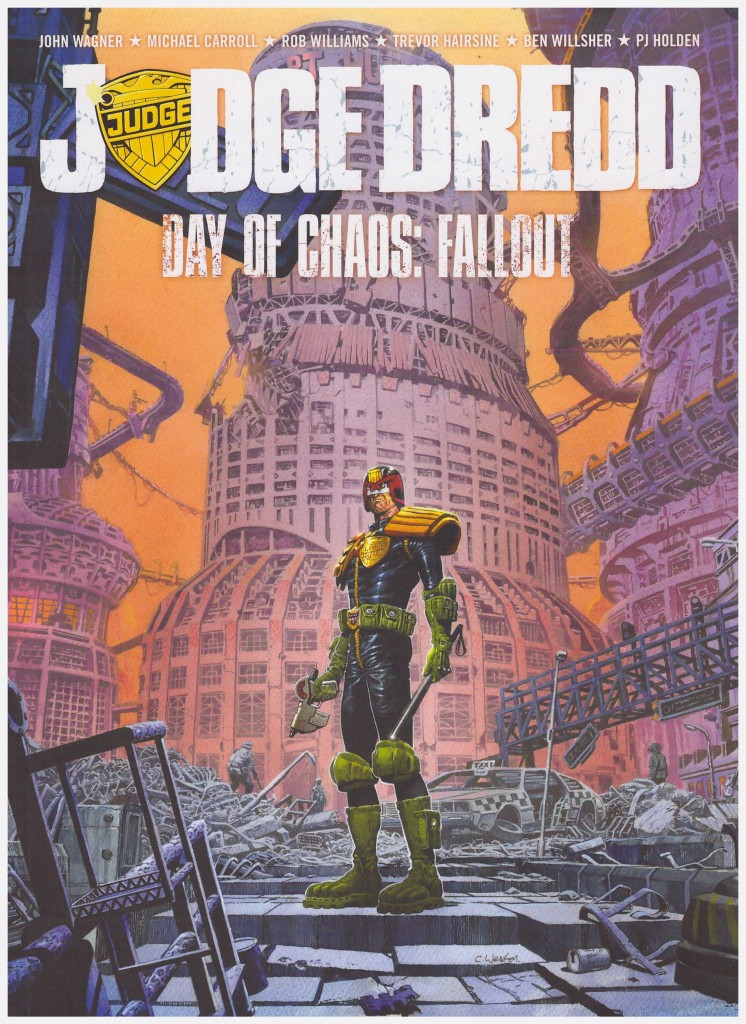 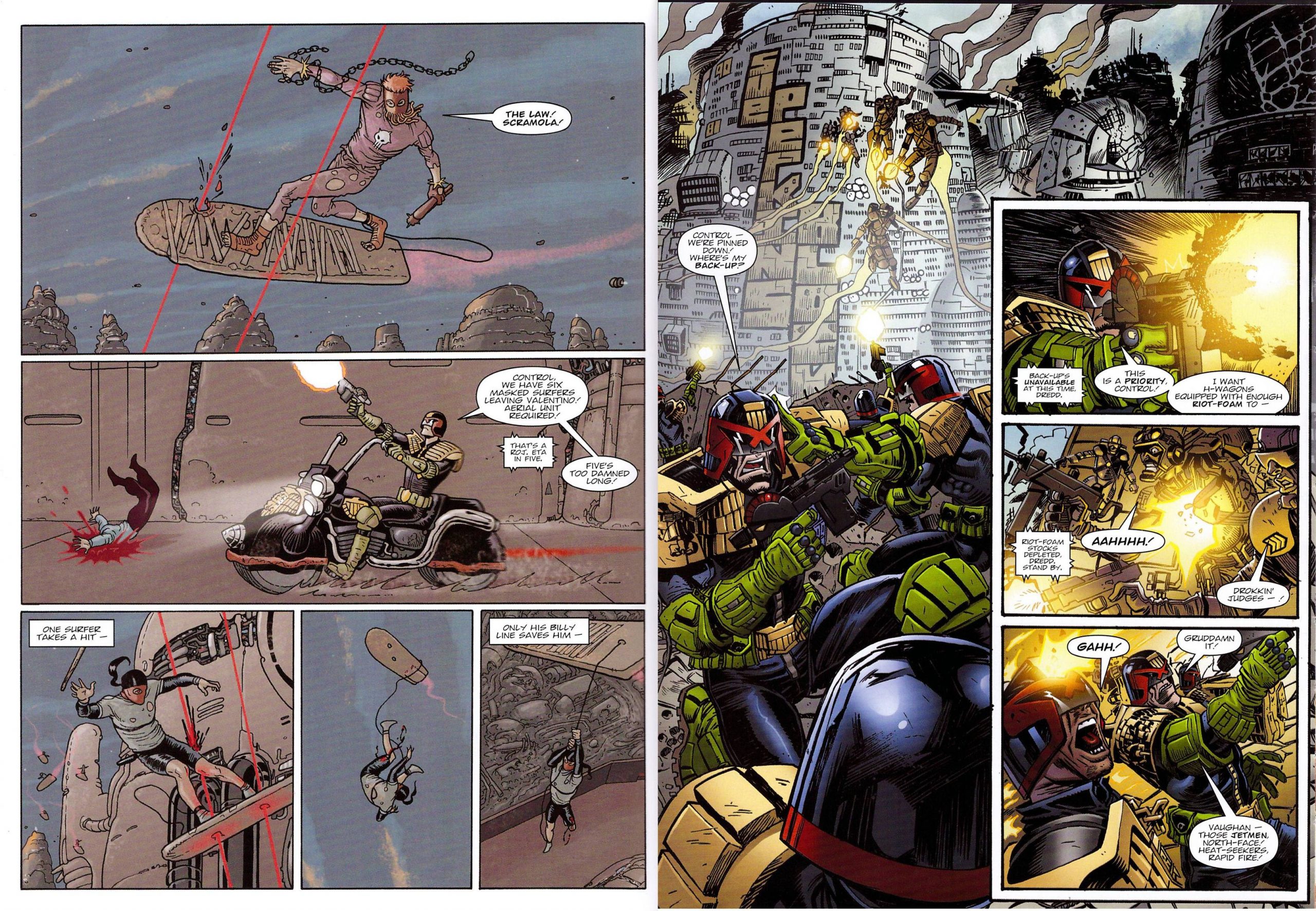 John Wagner used the Day of Chaos story for one of his periodic winnowings of Mega-City One, and after events had played out, the remaining population numbered an eighth of its previous total. Unlike previous disasters that befel the population, the results of the chaos bug were explored long and hard over almost a year’s worth of stories in 2000AD.

The writer contributing the most chapters here is Michael Carroll, and he’s been a real boon to Dredd. Even in its reduced state he understands the dynamics and the possibilities of Mega-City One, and his material makes use of the structures set up over the years. His best story concerns a group of cadet Judges abandoned during the chaos, now being tracked down again. Carroll plots a trip from one to the next, learning the fates of others as they’re located and leading to a surprise. His material also accentuates the appalling aspects of the Judge system, with pragmatism always trumping humanity.

As good as he is, the element Carroll’s writing lacks is the whimsy, the humorous eccentrics with whom Wagner populates his content. He’s back for the closing tales and in his first of the book delivers a masterclass, tying in a crucial element with what appears a throwaway moment. He supplies a pair of capable comedy assassins, and a seemingly untouchable slimy businessman: “There’s the doers, people like me, and there’s the little people. An’ the little people don’t matter. They’re just grubs crawlin’ around the dungheap.” It helps that this story is drawn by the best artist in the book, Dave Taylor (sample left). It’s not quite Moebius on Dredd, but it’s very atmospheric with similar sensibilities.

There’s a far greater artistic variety to this collection than either of the two preceding volumes, with P.J. Holden contributing the most pages (sample right). His thick-lined cartooning has the occasional touch of Ian Gibson, but lacks the delicacy and the imaginative storytelling. John Burns is technically excellent, if cluttered, and other good work over several chapters is supplied by Anderw Currie and Inaki Miranda. Newcomer Jon Davis-Hunt shows promise, despite an overwrought conclusion to his contribution. There are, however, too many pages lacking any distinction or spark.

Rob Williams is the other writer of note here, but two of his stories have people behaving in a manner that defies logic given the information they have to hand.

This collection doesn’t match Day of Chaos – Endgame, but that was landmark material in Dredd’s long history. Anyone who likes Dredd will find enough to please them, but this isn’t the book for first time readers.