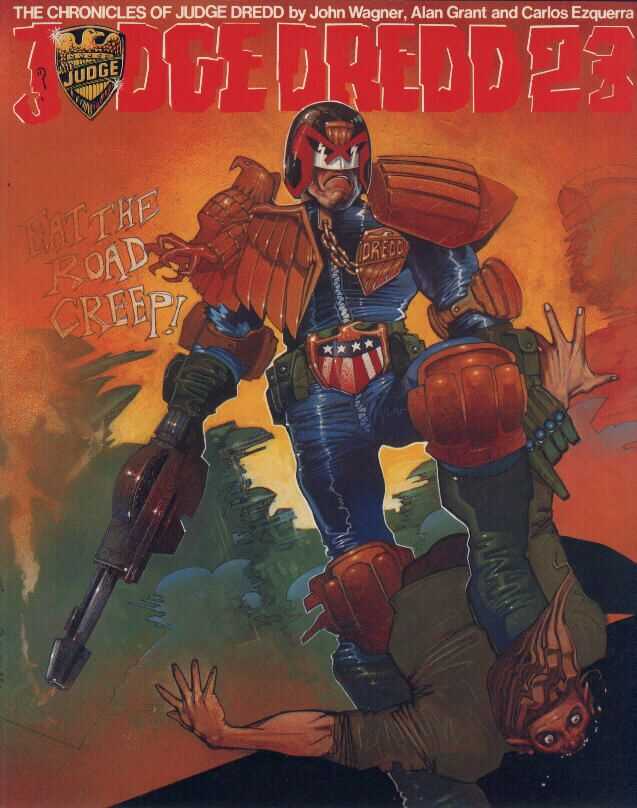 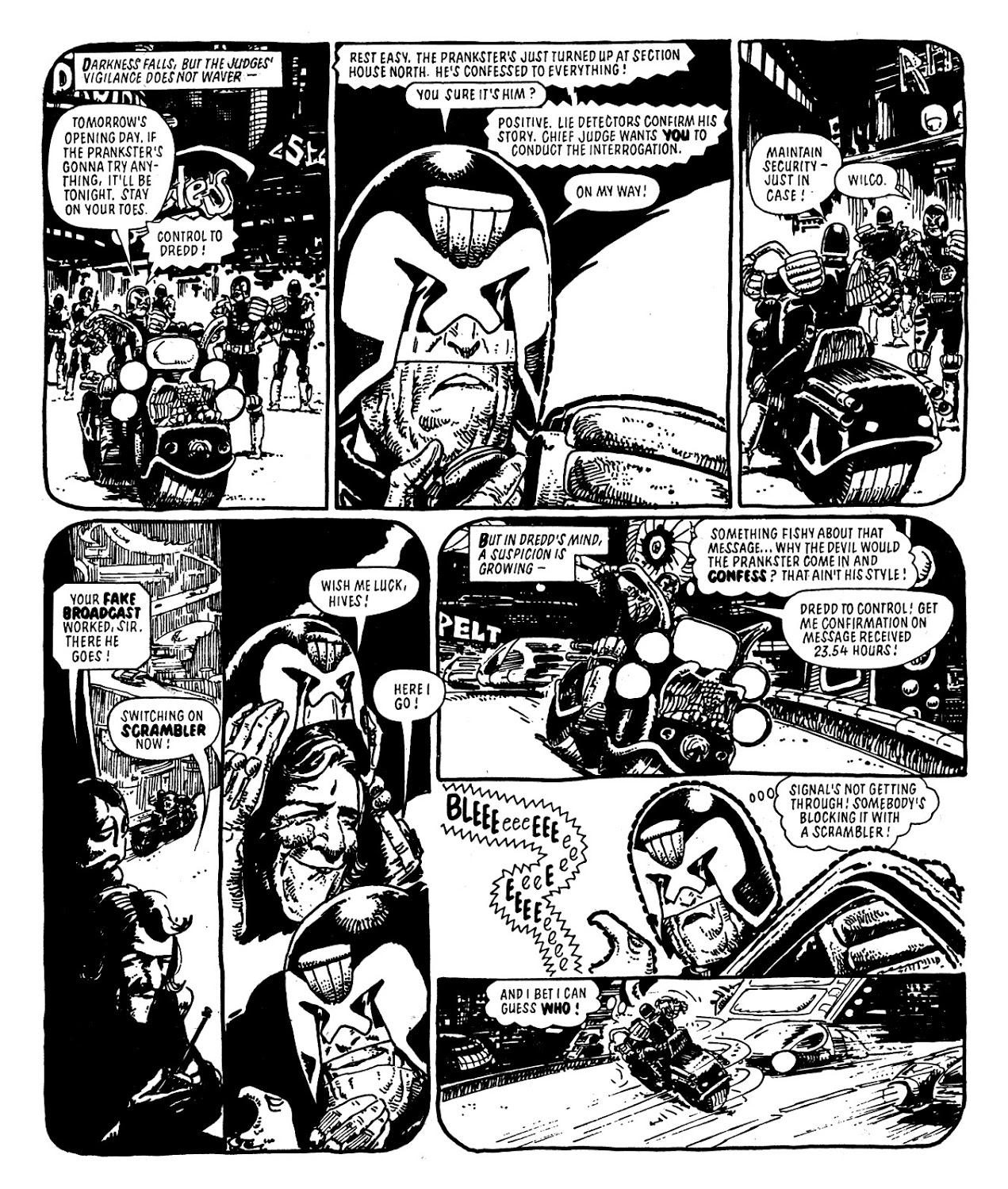 This is the final of the 1980s Titan numbered black and white collections featuring the work of Carlos Ezquerra, and surprisingly only the third. That’s down to Ezquerra visually creating Dredd and his world, and then being occupied on other work for several years. In Titan collections he drew the entirety of the separately issued Apocalypse War.

What surprises about the opening story is the sheer conceptual energy of writers Alan Grant and John Wagner, throwing in ideas for one panel jokes that lesser mortals would construct their entire story around. The Prankster works on an ambitious scale, and his demolition of the newly reconstructed Grand Hall of Justice is the final straw for the Judges. It’s the type of story that wouldn’t work several years down the line when Wagner established just how much information the Judges held about ordinary citizens. The Prankster would be quickly captured under those circumstances, but here he’s trouble. Ezquerra designs a suitably smug individual, and there’s a good chin joke.

There’s little variation in Ezquerra’s art for the thrill of the Starborn Thing arriving on Earth, which is the meat of the collection, occupying six episodes largely played straight by Grant and Wagner. It begins as a 1950s SF pastiche and a homage to the monsters that featured in them, as an alien life form crash lands in the Cursed Earth, and then rather smartly moves into a different type of danger. It’s a clever plot, yet all-but forgotten from the days when Grant, Wagner and the artists were maintaining an incredibly high quality level week after week. Read here, not surrounded by other gems it’s pretty awesome, and the compact nature also impresses.

The closer stems from the days before Wagner instilled Dredd with a vague conscience, and is one of those stories he and Grant turned in every now and then to remind people what complete bastards the Judges are. A reporter is in the right place and the right time to put two and two together regarding one of the unsavoury techniques used by the Judges. Will he be able to go public with his discovery?

While the binding on some of these Titan paperbacks is now showing its age, the crisp paper and oversize format still make for a nice package even if the stories can now be found in Judge Dredd: The Complete Case Files 06 and 08. 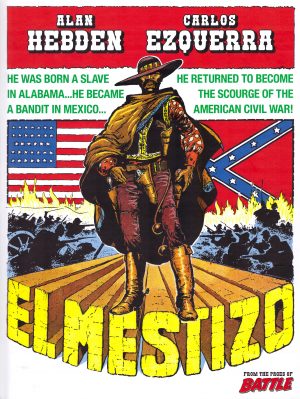 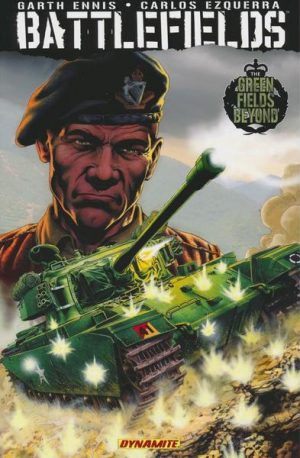