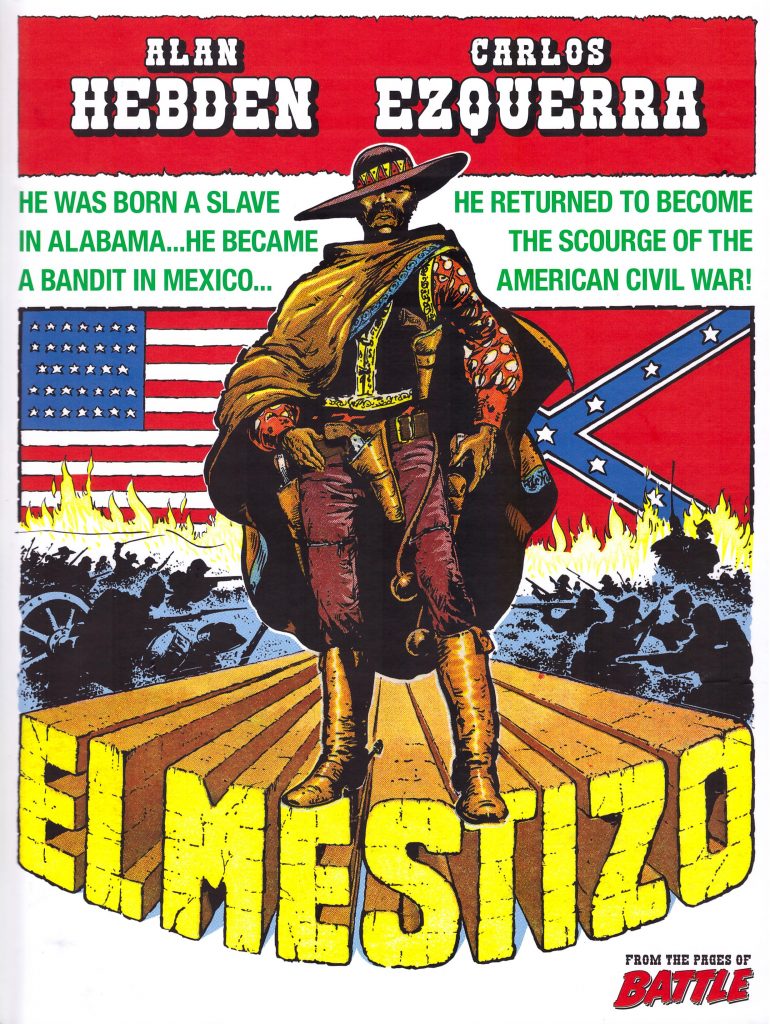 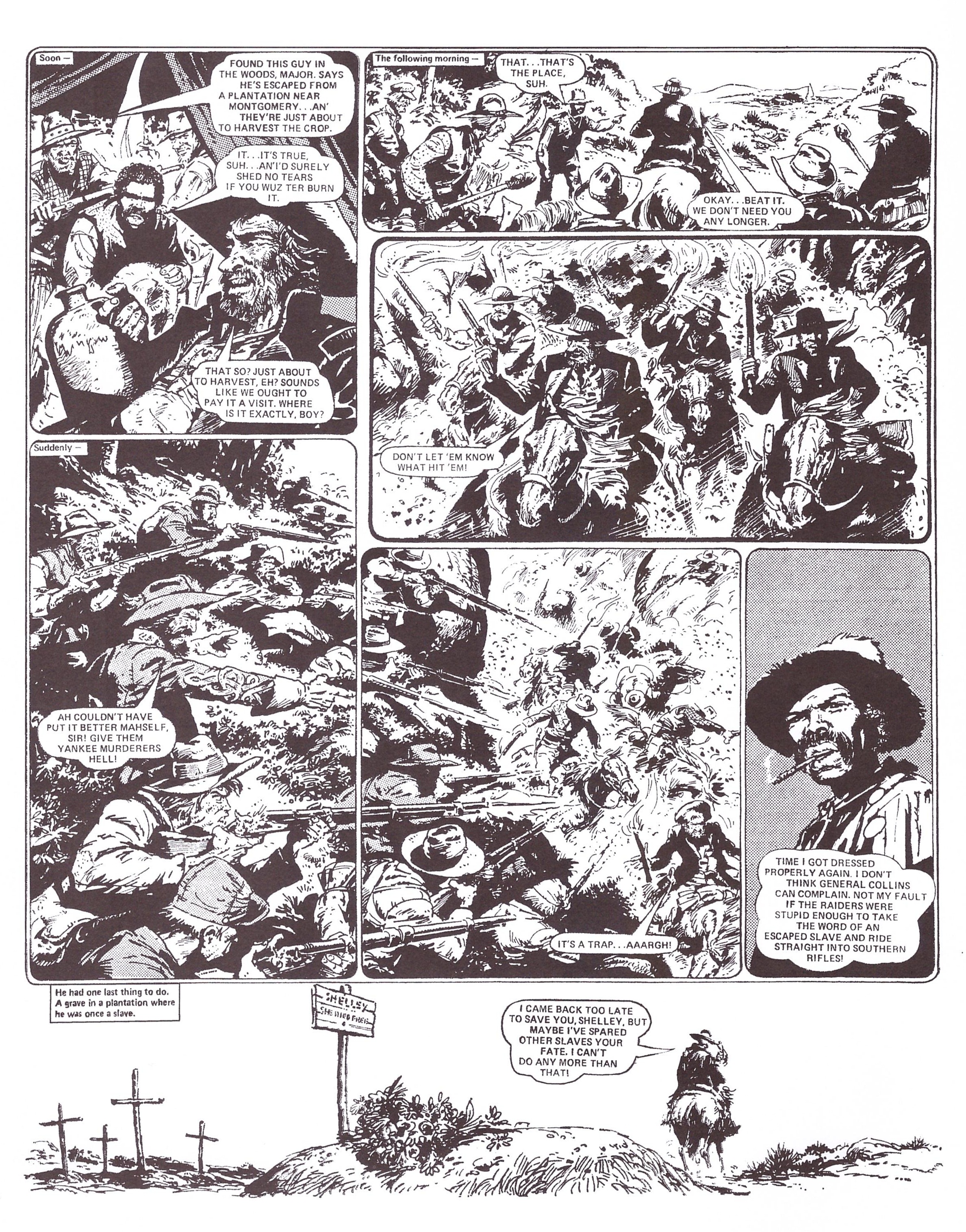 As noted in Alan Hebden’s introduction, El Mestizo was heavily influenced by the Westerns of Sergio Leone, a loner with no allegiance to anyone but himself. However, Hebden says he considered a Western setting too limiting, so involved El Mestizo in the US Civil War, although the feature being scheduled to be serialised in war comic Battle must have played a part. “They think their war has two sides, North and South,” announces El Mestizo to conclude his first episode, “but they’ve forgotten the third, El Mestizo”. So, ego not a problem, then. What possibly is now is that El Mestizo translates from the Spanish as “half-breed”, a derogatory term in use at the time to describe anyone of mixed parentage and now considered an offensive racial epithet. One of El Mestizo’s parents was African American, the other Mexican, and it enables Carlos Ezquerra to ensure he’s visually distinctive, and provide a nobility matching his self-confidence.

Ezquerra’s art is consistently fascinating. It was produced at the same time he created the lumpy style that defined Judge Dredd, but this is art influenced more by classical European adventure storytelling, compact, detailed and flowing, and at times the layouts also have the look of Neal Adams about them. Ezquerra has never lacked imagination, but seeing it applied to an illustrative style is a revelation, and as the strips are only three or four pages, he has to pack them with detail. Unfortunately, the source material available seems to be old printed comics, and much of the fine detail disappears into black.

At the brief page length Hebden’s scripts are of necessity shorthand. Early on El Mestizo meets a woman on the plantation where he was once a slave, but any attachment would mess with his loner mystique, so she’s unceremoniously murdered off panel a page after being introduced. Despite the extreme contraction, Hebden’s plots show plenty of creative touches. At one point El Mestizo uses rattlesnakes to evade capture, and while plenty of episodes feature outlaws, troops and guns, there are also some dealing with the threat of bubonic plague or set at sea. El Mestizo operates in an elastic area contested by Union and Confederate forces, but moves between them having earned the respect of both commanding generals, and the stories are frequently generated by a danger to both sides. A nice aspect is that Hebden ensures it’s never known how El Mestizo will act in any given situation. While he has no objection to killing, he has a very individual moral code, and in one good strip he helps two brothers who’ve found themselves on opposite sides of the civil war, blood taking precedence over any national loyalty.

The name apart, El Mestizo still stands up as an imaginative adventure strip, rarely predictable beyond the certainty that the title hero will live to appear in the next episode.