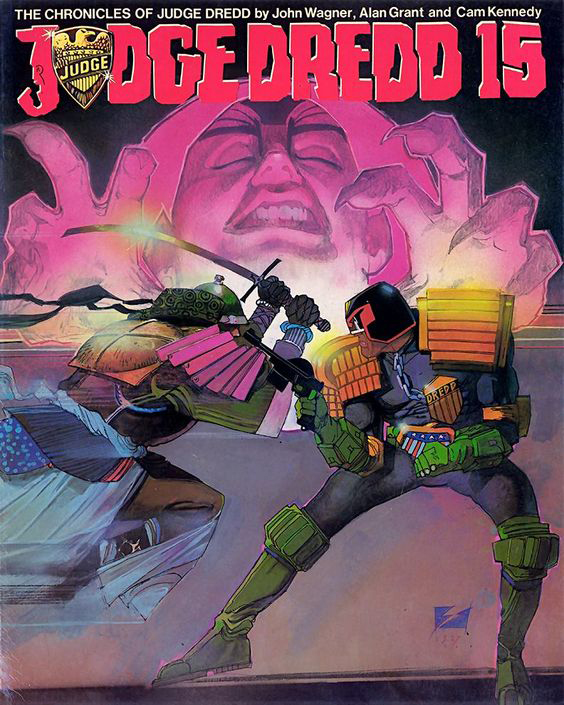 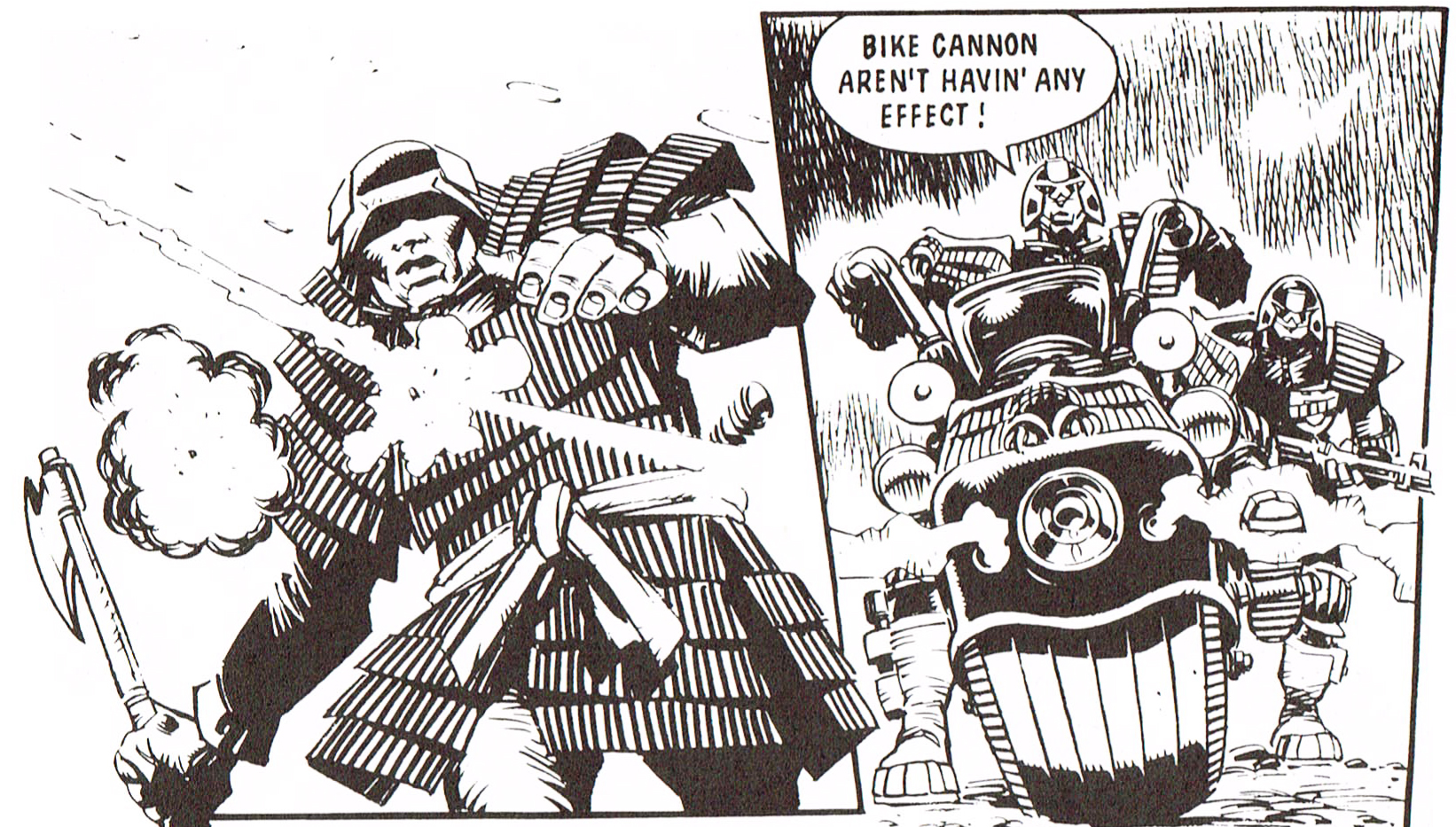 Judge Dredd 15 features the artwork of Cam Kennedy, and includes three stories, all written by T. B. Grover (Alan Grant and John Wagner using a pseudonym to try to disguise how much of 2000 AD was being written by a few writers).

The first, and longest story in this collection, ‘Warlord’, is a five-part tale of a visiting Japanese warlord magician who wreaks havoc in Mega-City One. It’s a solid chunk of Dredd, both in terms of artwork and story. Kennedy’s work is similar to Mike McMahon’s best work on the character: high praise indeed. His Dredd is very imposing and solid, an impression heightened by the bold and skilful application of blacks in his artwork. And his samurai are also impressively bulky and massive, though they’re effectively the same character drawn over and over again. The tale ends with the resignation of Chief Judge McGruder, though this aspect of the story feels tacked-on and has little relation to the events that have gone before. McGruder, the only Chief Judge to have retired rather than dying horribly, would of course return time and again. But really, one can’t go wrong with a story featuring giant samurai warriors in a fight with the judge’s flying Manta Tanks.

‘Magnificent Obsession’ is a two-part tale that’s a bit of light relief between the mayhem that has gone before and the story that concludes this volume. Featuring the return of the Fatties, and introducing Two Ton Tony, this delightful piece of fluff shows the lighter (and more relaxed) side of Dredd in a story that features no criminal activity as such. Though a couple of people are arrested, this being a Judge Dredd story after all.

The final story, which is untitled, appeared in an issue that was intended to capture new readers, and is a slice-of-life tale that ably demonstrates what Dredd does best: arresting and blowing away bad guys.

This collection’s front cover is by Bill Sienkiewicz, who goes un-credited, and it also includes five Kennedy covers, as well one by Brett Ewins for ‘Warlord’.

This is a strong bunch of well told stories that demonstrate the range of genres that Dredd is able to work in, whether it’s light-hearted whimsy and social satire, straightforward crime stories (with a futuristic twist) or magical ‘nine-foot nips in fancy dress’ (to quote one of Dredd’s best lines from this book). Kennedy hasn’t drawn a lot of Dredd, but all the stuff he produced is confident and dynamic, with beautifully clear storytelling in every panel, and he’s undeniably one of the better artists to have lent his talents to Dredd.

The stories in this collection can also be found in the Judge Dredd: The Complete Case Files 09.