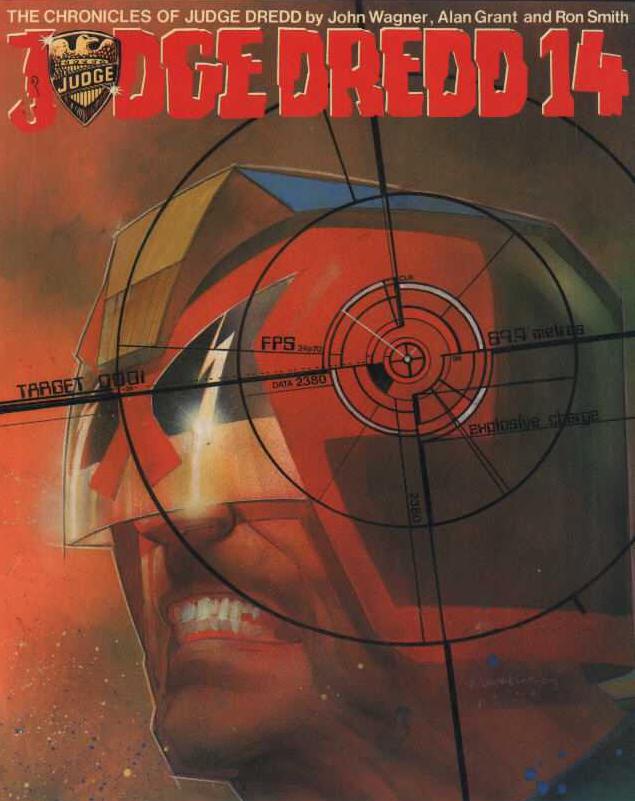 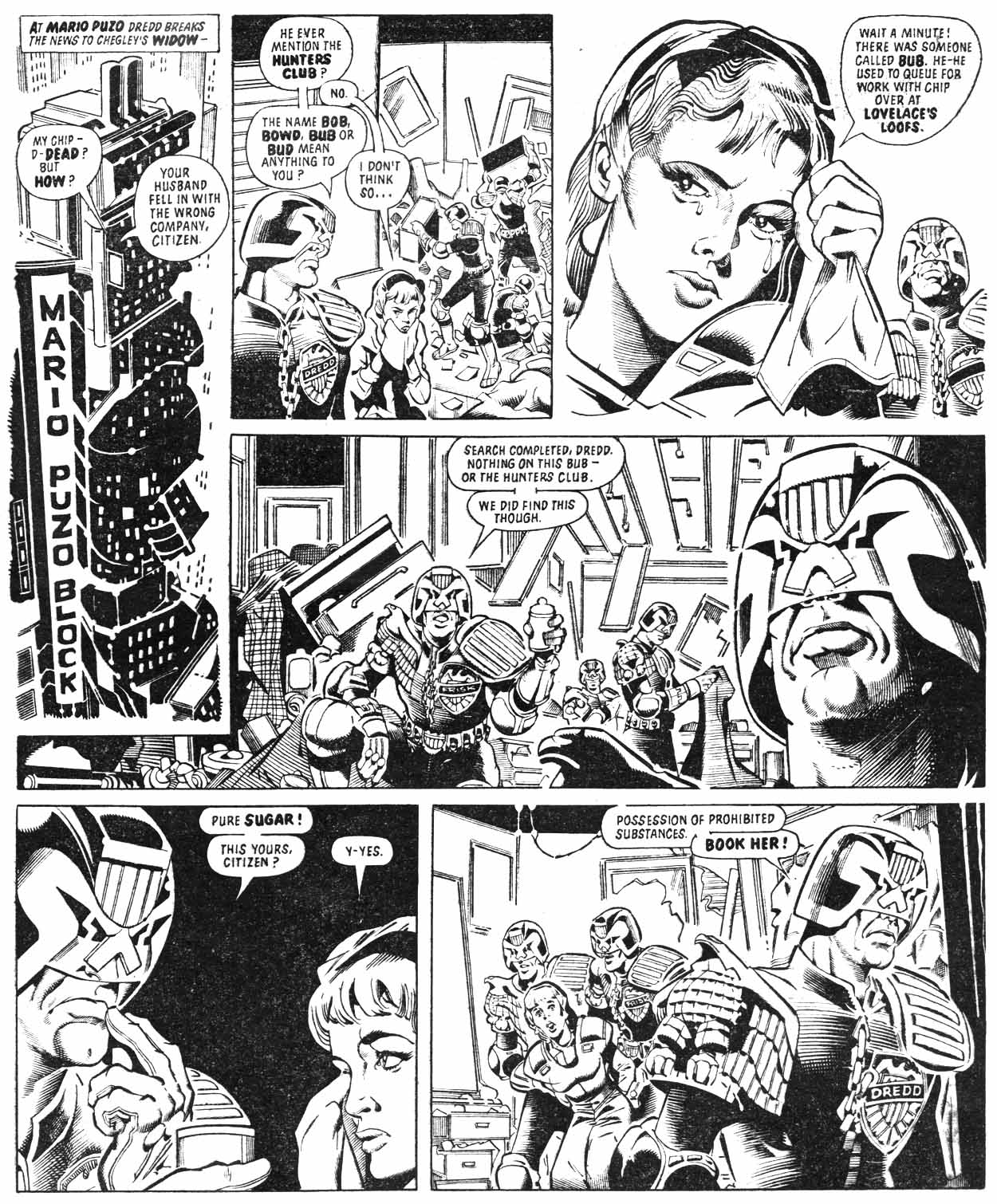 If you’re keeping count, this is the sixth of Titan’s black and white reprint editions to feature Ron Smith’s Judge Dredd art, and another two would follow. Smith was phenomenally prolific, so popular with editors, and packed his pages with detail and movement, which made him popular with readers as well. It’s another solid collection, with the five episode opener backed up with four stories complete in a single chapter.

John Wagner and Alan Grant spend a fair number of pages setting up the elite members of the Hunter’s Club over the opening chapter of the longest story. They’re seen through the eyes of a reluctant new member, a slimy bunch thrilling to the idea of killing a random member of the public. It’s a pattern followed throughout, with the reluctant killer and victims seen more than the Judges. who’re aware the club exist, but they’ve always been smart enough to avoid capture. Unusually for such a prolific artist, Smith draws the opening chapter, with Steve Dillon and Cliff Robinson then filling in for the next two episodes. As Robinson would hardly be a go to artist for a short notice fill-in perhaps it was Smith who stepped in at short notice, and the way the story’s structured supports that idea. The viewpoint is neatly handled, as is the ending, with the Hunter’s Club as an organisation remaining a problem for another day.

It’s the first of the four shorts that’s the best. Smith always draws a nice ugly Otto Sump, who this time is peddling sweets claimed to make people smarter. We see early that Judges have tested them, and knowing that, the later pages play out beautifully. Wagner and Grant never had much time for superheroes, and the Megaman strip has a clever ending, but is otherwise ordinary, transmitting as their idea of Dredd meeting Superman. ‘The Squadron That Time Forgot’ begins with the nice idea of World War II fighter planes transported through time, but there’s not much to be developed from it. Block Wars have been seen before, most obviously in Block Mania, so the twist here is the latest outbreak being used for observation purposes by a bunch of cadets. Dredd gets to deliver some pithy putdowns, but it’s otherwise an ordinary piece.

The Hunter’s Club story is also reprinted in Judge Dredd: The Complete Case Files 08, while the remaining stories feature in 09. 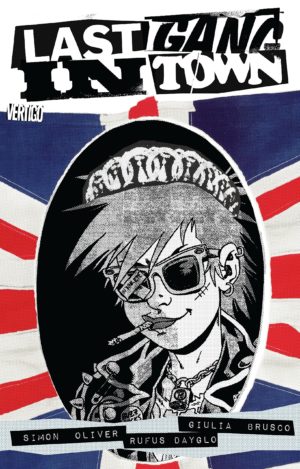