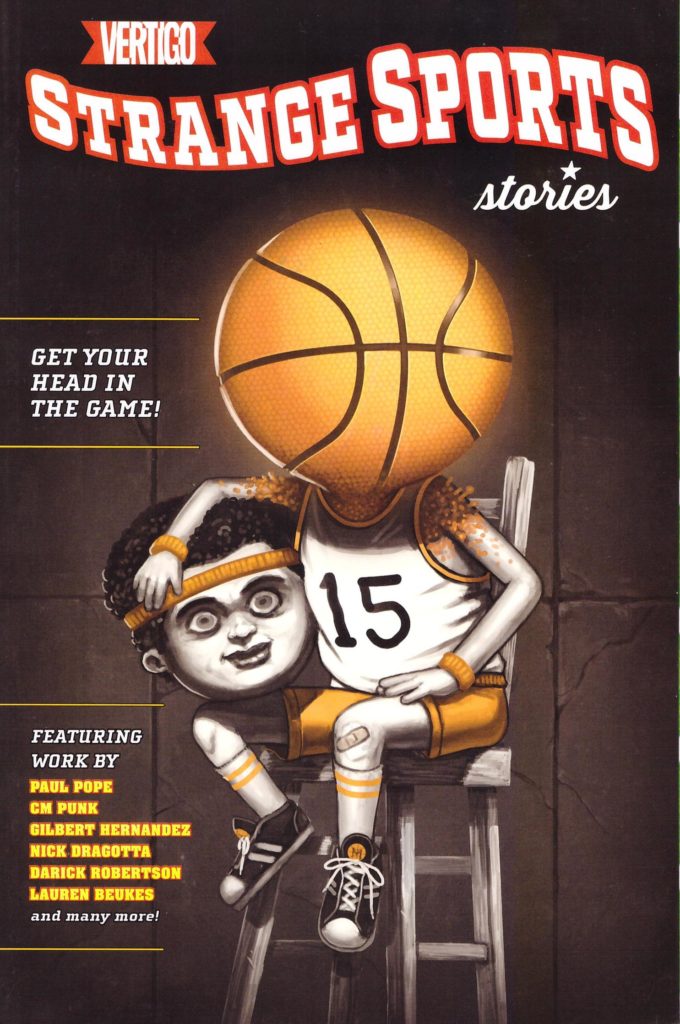 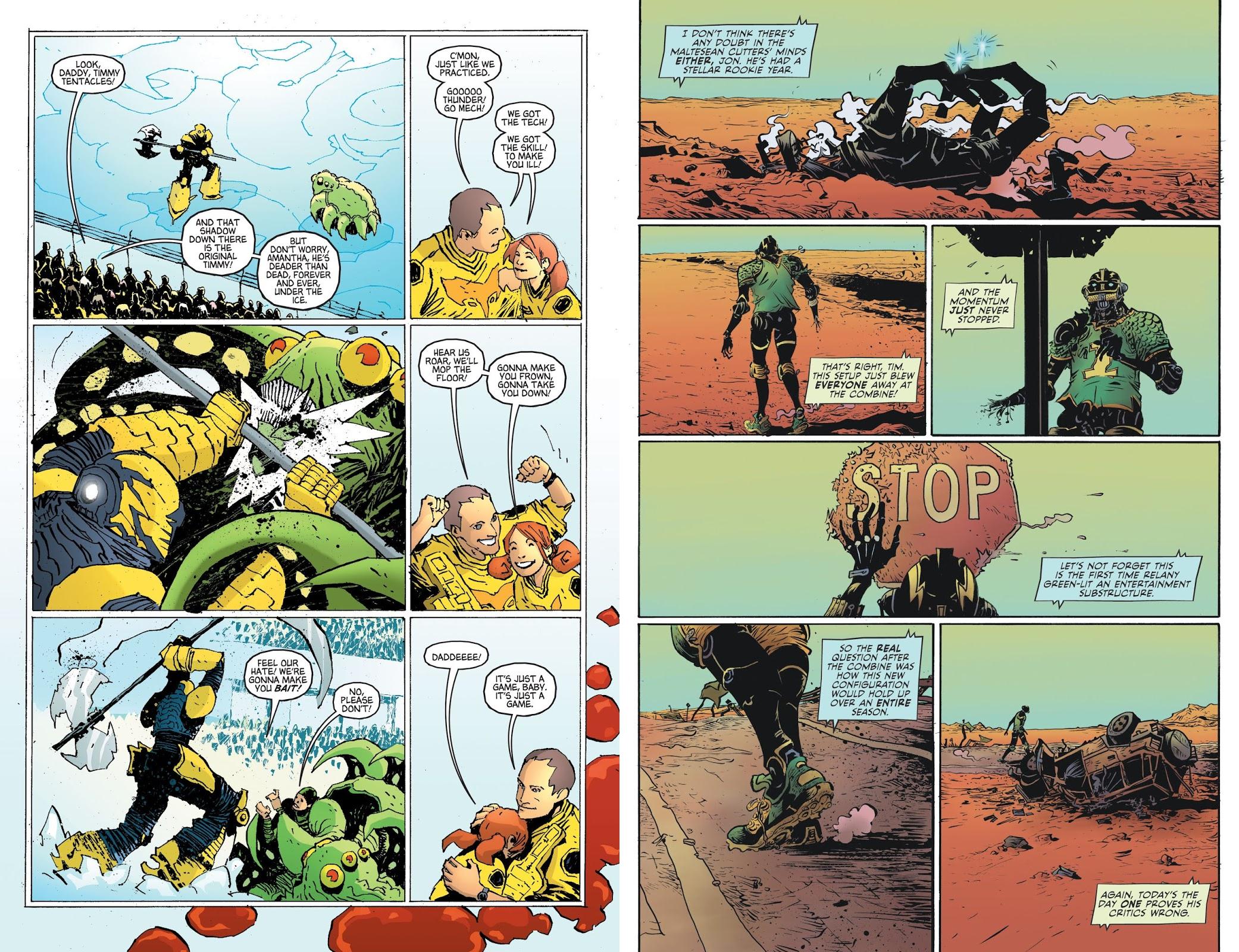 In its first incarnation Strange Sports Stories was a short run 1950s comic that mixed science fiction with sports. Despite DC using the prime artists of the era, the writing lagged well behind, and the contrived material now inhabits the realm of kitsch fun, often with twist endings. Updating the concept was always going to stretch creativity, even with the broader parameters of the Vertigo imprint, and while it slots thematically into Vertigo’s other anthologies using the titles of old genre comics, it remains the runt of the litter.

Part of the problem is creators hanging on to the idea of looking to the future and considering they have to invent some kind of futuristic sport, most results being unimaginative and violent, and requiring intrusive explanations before any story. Credit here to Lauren Beukes and Dale Halvorsen for just hyper-exaggerating the violence of today’s ice hockey on a strip also featuring nice art from Christopher Mitten (sample spread left). Almost all the more engaging strips work with current sports and slot their twists into that. The idea of any sport is redundant to Gilbert Hernandez’s smart opening strip, as it’s just a means for gathering the characters, but he uses soccer, while Ronald Wimberley and Gabe Soria pretend pétanque is a major sport in an imaginary French quarter of Brooklyn. It’s funny, and adapts an old legend well in dealing with the irresistible lure of temptation, also explored in Michael Duggan and Natacha Bustos’ sumo piece, which is atmospheric, but a journey to a predictable ending. That comment also applies to CM Punk and Andy McDonald’s exploration of baseball curses and runs of bad luck, but the opening set-up and the joke that follows when the page is turned ranks as the funniest moment of Strange Sports Stories. The rest of the strip has moments, but can’t match that.

It’s a good joke, but resonates so well because so little else does. It’s surprising how many writers find themselves lacking an ending, so a spirited piece ends as a cheesy or predictable damp squib. The most imaginative contribution is the closer in which we follow a battered robot in football gear trudging through a desolate wasteland as Paul Pope and Chris Hunt’s narrative captions are mundane TV colour commentary setting the mood for a game (sample spread right). It’s a lesson in dramatic storytelling, the contrast between captions and illustrations dragging readers on their own mission of discovery. Also deserving credit for imagination are Monica Gallacher and Michael J. Dimotta, whose undersea race begins as Disneyesque and whose surprises succeed in twisting expectation. By those criteria Amy Chu and Tana Ford’s strip works as well, although with a very different mood.

Strange Sports Stories passes the time, but most is nothing you’ll ever want to look at again, making it a compilation to avoid at anywhere near full price. 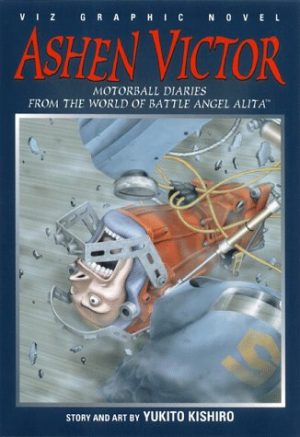