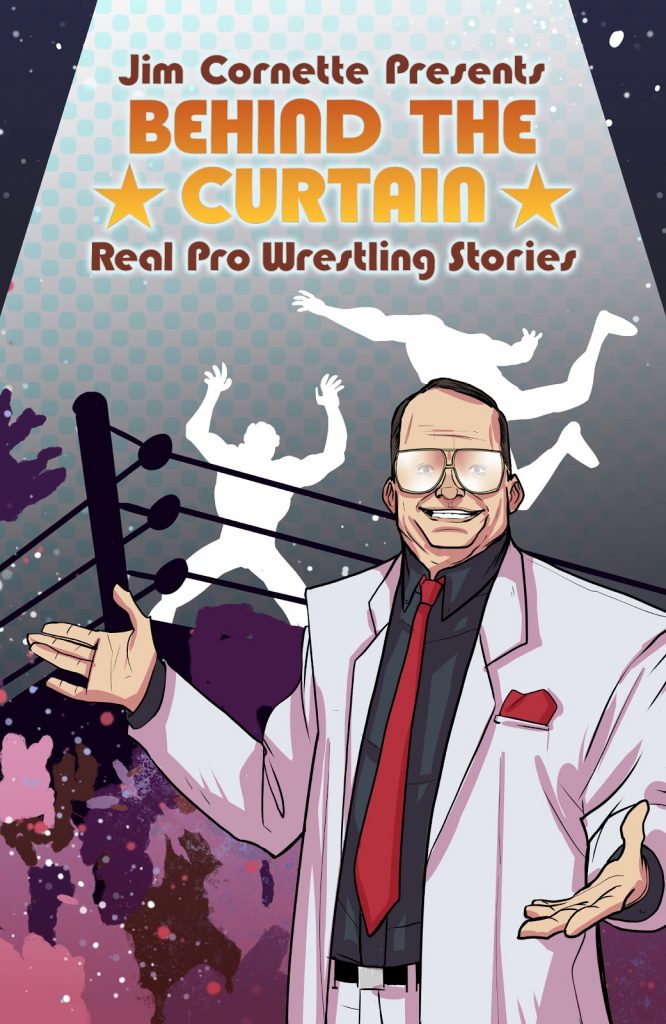 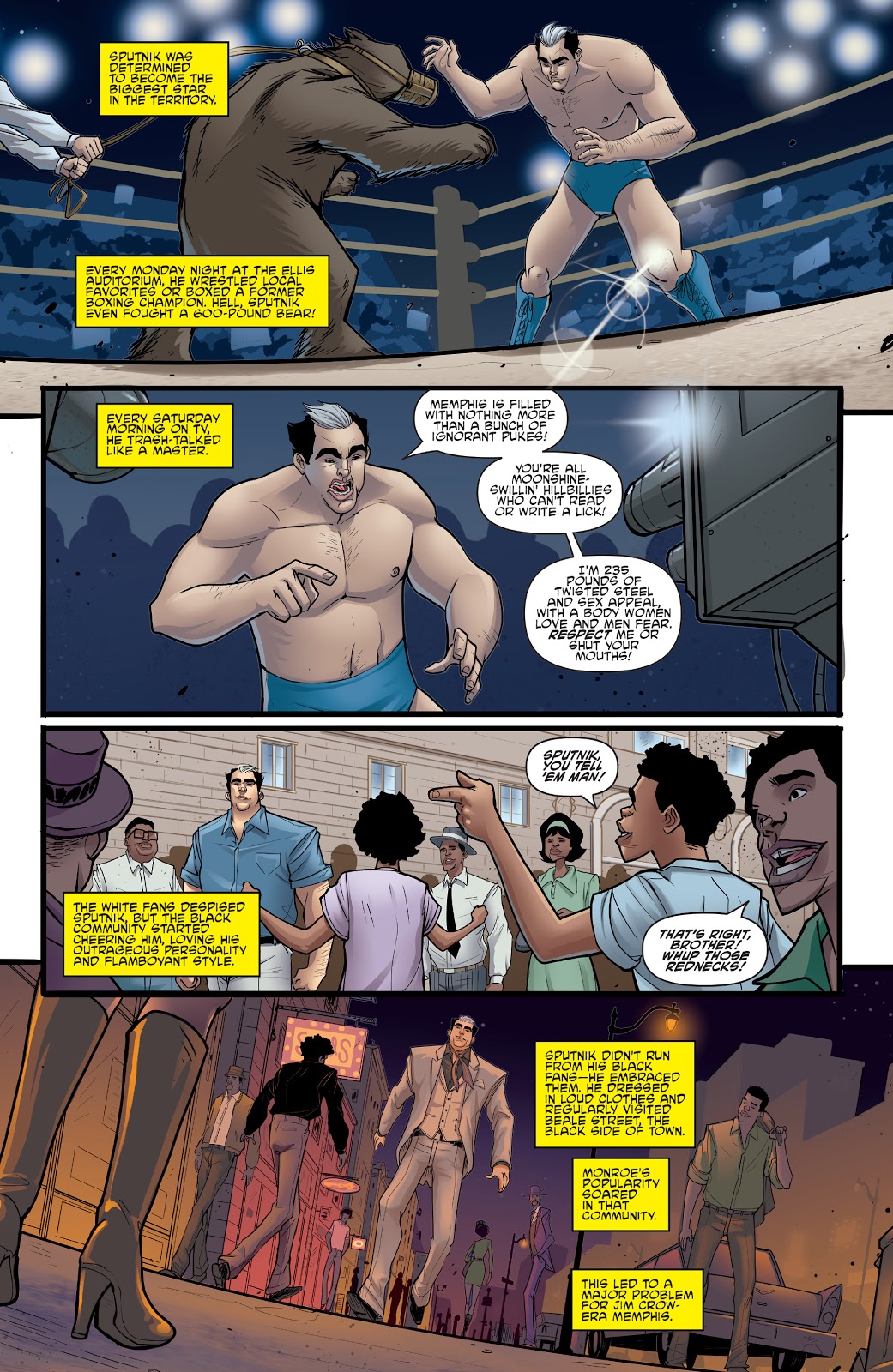 Wrestling hardly lacks for larger than life characters, so it might be assumed that revealing some for who they really were, can’t hold a candle to the pretence, but that’s a theory given the piledriver from the start.

There’s barely a job associated with professional wrestling entertainment that Jim Cornette hasn’t filled at some stage, and beyond writing several books he’s always been a keen student of the anecdotes and history sustaining the sport and reputations. His research and recollections are adapted by Brandon Easton and Denis Medri, and for wrestling fans what a selection they are. For decades before the internet wrestlers were able to keep secrets, and keeping them from the general public was referred to by the term “kayfabe”, the feeling being that far more tickets would be sold to regional events if the punters believed feuds and vendettas were genuine. Perpetuating this meant that close friends were never seen in public together, and the spilling of secrets led to people being ostracised. In public Ed Farhat never spoke in English, maintaining his pose as Arabic wrestler the Shiek for over forty years. It was the name used at his funeral service. The importance of kayfabe to the wrestling world is underlined by several other stories in which wrestlers maintain a silence or inaction in circumstances that might seem insane to people whose income wouldn’t be decimated by reality being disclosed. Then there are occasions when the wrestlers have their own demons and come to believe in their faked personalities.

Most of Cornette’s stories pre-date the modern WWF/WWE wrestling era, some heading back to the 1920s, and with one exception the best known is the 1970s/1980s feud between comedian Andy Kaufman and wrestler Jerry Lawler. Kaufman used his TV celebrity status to boost wrestling, which he’d always loved, and his comedic mind to do so in the most flamboyant manner. The only better known story, to wrestling fans at least, is the enmity between tag team partners Bret Hart and Shawn Michaels in the 1990s, and how that ended kayfabe once and for all.

Behind the Curtain would have benefited from an artist better at capturing likenesses. Medri is polished, and great when it comes to light aircraft or defining a location, but people aren’t his strength. Some leeway regarding lesser known personalities is excusable, but when titans of the squared circle like Ric Flair wouldn’t be recognisable without being named in captions, then there’s a problem.

It’s not as big a problem as it might be, however, because these are great stories that grab the attention whether or not you have any interest in wrestling, bookended by two of the best. The opening tale is of Sputnik Monroe, a man who managed to strike a blow for Memphis’ black population in the 1960s. It’s likely he was motivated more by the money to be made from an untapped promotional angle than civic responsibility, but he nevertheless made a difference, and was remembered and admired in the city long beyond his wrestling days. The closer is a great practical joke. If you like wrestling it’s a no-brainer that you’ll enjoy Behind the Curtain, but Cornette’s material is good enough for a wider audience.