Judge Death: My Name is Death 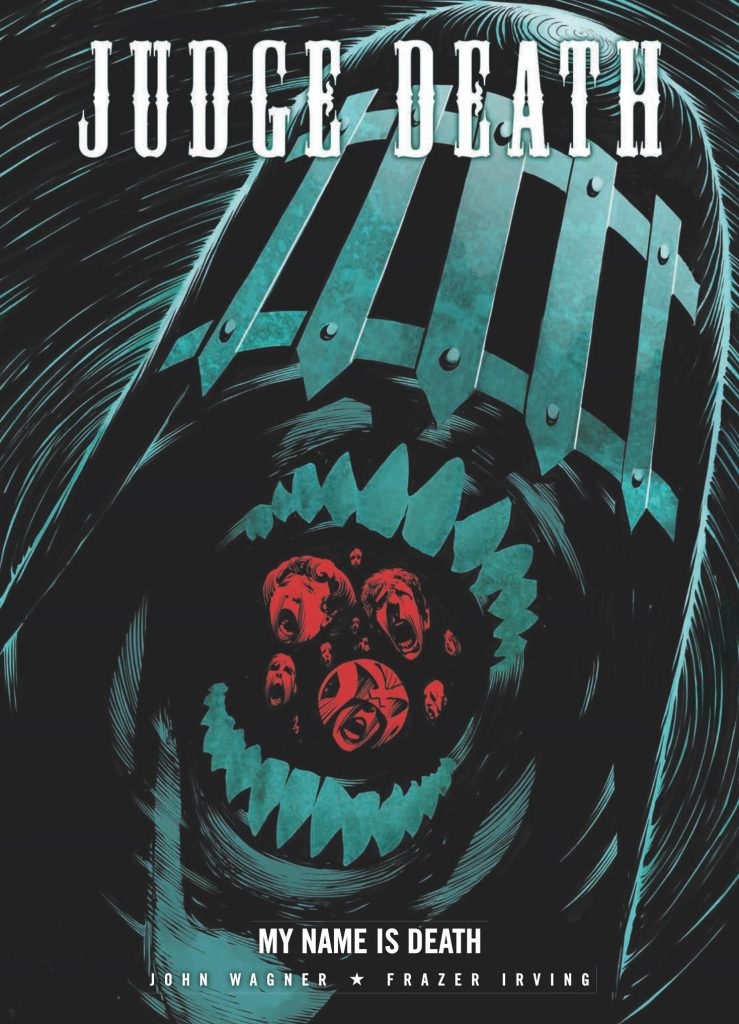 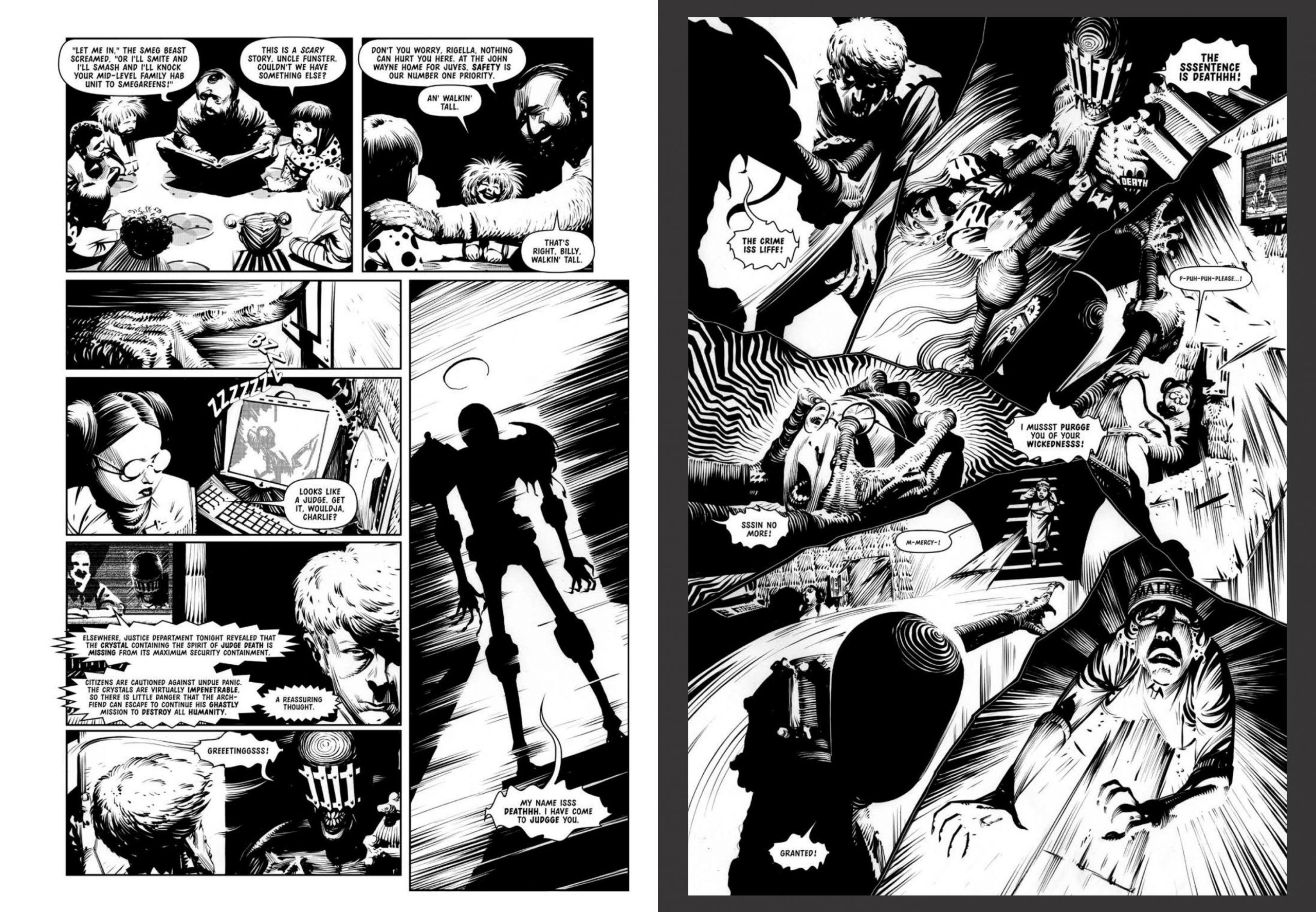 Judge Death may largely operate via a method of a few murders at a time, but as his relentless purpose is to eradicate all crime by eradicating all life, he’s the most dangerous threat Mega-City One faces, and he’s on the loose again.

Given that Death’s first appearance and most iconic moments were drawn by Brian Bolland, any artist working on the character immediately has that comparison hanging over them, but it doesn’t appear to have intimidated Frazer Irving. His art is outstanding, drenched in black ink and as seen by the sample pages, silhouettes are a speciality. He draws an almost gleeful Death leaping from the page, or inhabiting shadowy tunnels. As if that’s not enough, Death makes his home among memorabilia, and Irving draws that in detail as well, while supplying a change of style to grey wash for flashbacks or the memories Psi-Judge Anderson draws out.

Anderson appears, as does Judge Dredd, in what John Wagner breaks down into two distinct episodes. This was presumably a practical matter as there’s no way Irving’s artistic quality could be maintained over a weekly schedule, but Wagner uses that to his advantage by ensuring each batch of chapters has different tone and purpose. The opening section is beautifully drawn, but it’s Death as has been seen several times before, killing around Mega-City One. The second section is a dark night of the soul for Death set in the Cursed Earth, but eventually becomes bleakly funny in a way the opening section wasn’t as Death tours the madness and sucks it all up. Ever imagined Judge Death prize-fighting? Well this is the moment.

Eventually, though, both Wagner and Irving run out of steam. The art becomes looser and Wagner plots toward a finishing point, but it seems pegged on, a way of bringing the story to an end, but not a great ending. It shouldn’t put anyone off. Some first rate horror is followed by good comedy horror, and it’s only over the final dozen or so pages that the predictable displaces the terror.

As of yet, My Name is Death is only available digitally. 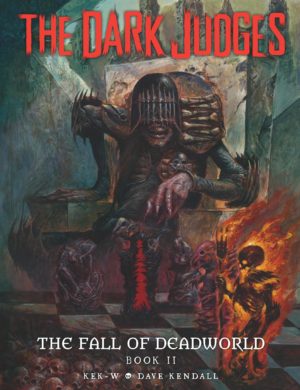 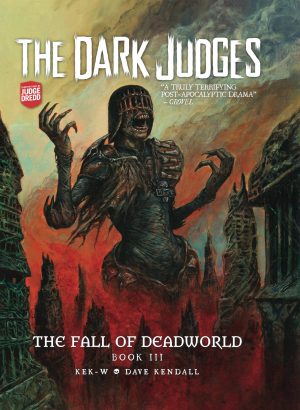