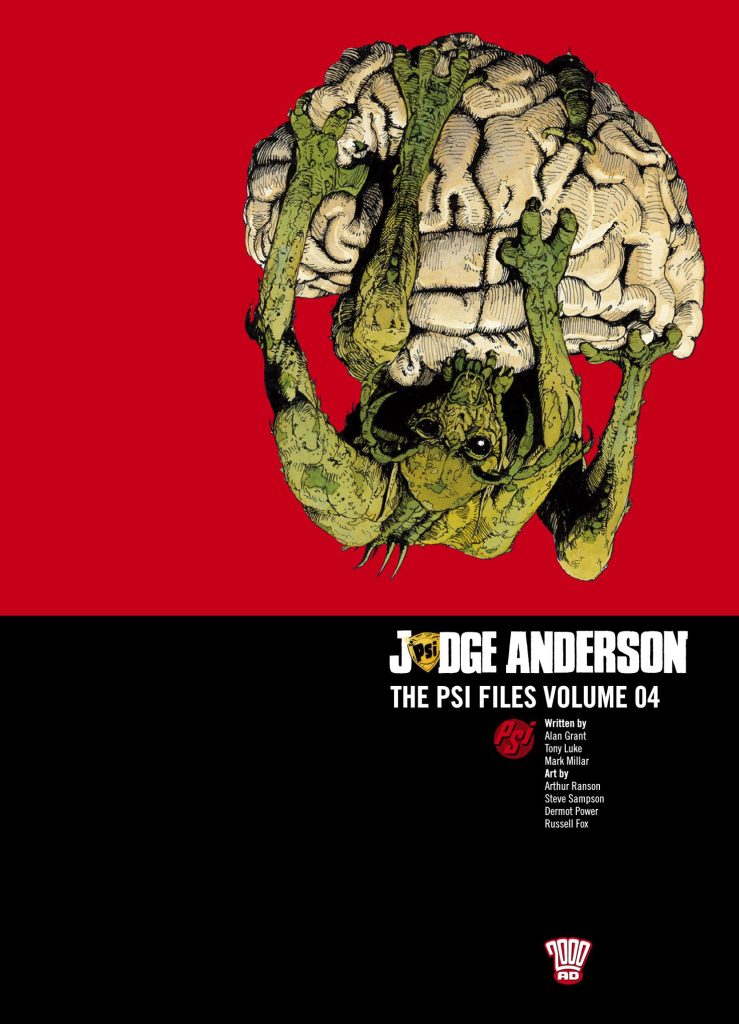 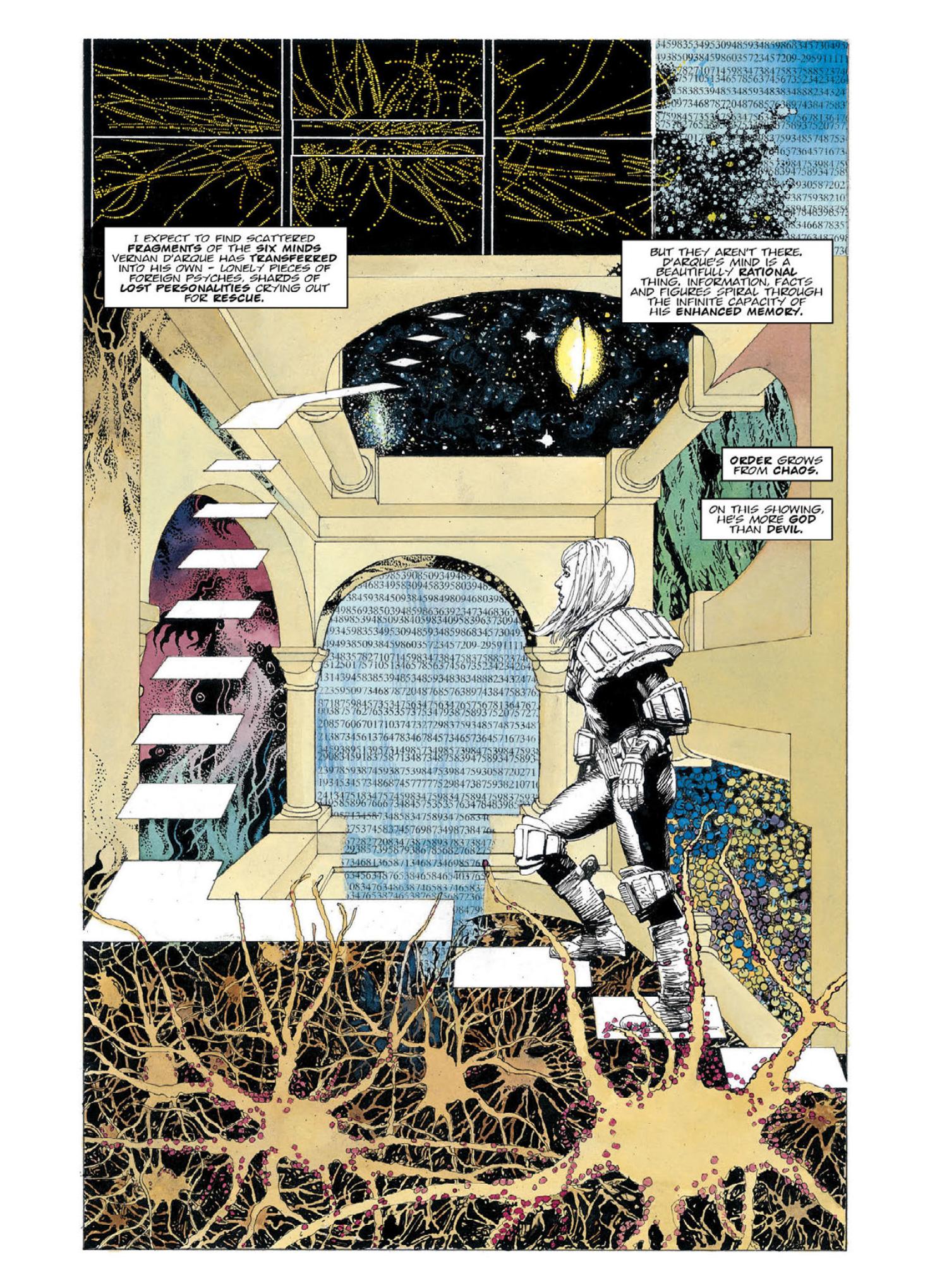 Over previous volumes Alan Grant has taken Cassandra Anderson on a journey even those with a Judge’s fortitude wouldn’t have survived. She spent much of Psi Files 03 away from Earth, but is now once more a Judge in good standing, and evaluating a rookie as this selection begins.

The earliest way of differentiating Anderson’s solo material from Judge Dredd was to embed her in horror scenarios, and as if to stamp a restoration the opening six chapters form ‘Horror Story’. Via continuity implant it supplies a terrifying new enemy, and it challenges artist Steve Sampson to move beyond his preference for static images, which isn’t always successful.

He and Arthur Ranson are the primary artists, and Sampson’s work is cruder when placed alongside Ranson’s astonishing technique, a realistic illustrative naturalism applied to the fantastic. He’s equally astonishing looking inside a hive mind, supplying apes in space, or a normal domestic scene. However, the editors could have done better when separating his individual stories, which run together.

Grant varies the forms of horror, although with powers of the mind being Anderson’s speciality, they’re always involved, such as her being trapped in the body of a young women in Judge Death’s world before he devastates it. Grant collaborates successfully with Tony Luke on that, and continues the use of disorientation for the follow-up, with Anderson not in the spotlight for some while. The monster seen on the cover is pivotal to much of the content, cleverly introduced and infinitely menacing, but even smarter is the use of unconventional methods in ascertaining the truth. ‘WMD’ is phenomenally good, making surprising and disturbing use of a selection of psychic specialities along with returning, if briefly, characters from previous Anderson stories. Perhaps the smartest aspect is how Anderson is everywhere and nowhere.

There’s a sequel of sorts, although as with the other stories, Grant keeps something concealed for a while, although this time Anderson’s active from the start, confined to a headquarters under strange attack. The threat running through all four Ranson-drawn stories is connected, although subtly, allowing Grant to switch tone. Their final collaboration is more action thriller than horror, although certainly with horrific moments, and there’s a greater injection of dark humour, a dog show sequence grisly, but hilarious. They’re part of a plague of death cults hitting Mega City One, almost a throwback to the action comedies Grant wrote with John Wagner for 1980s Judge Dredd. “Ain’t she beautiful Sol?”, says one cult member “A hundred thousand tons of high technology. 50 tons of highly volatile fuel”. What could possibly go wrong?

The cover gives Mark Millar equal writing credit, but his only contribution is a seven page text story illustrated by Dermot Power, who draws a nice demonic Harry Lauder, but the idea of cloned Scottish celebs facing off against English counterparts runs rapidly dry. Russell Fox draws two filler strips at the end, talented, but very much style over content.

Surely a couple of hundred pages of Ranson’s art is worth £20 of anyone’s money, and Grant’s creative plots do those pages justice. Grant and Ranson’s final collaborations are found in Psi Files 05.