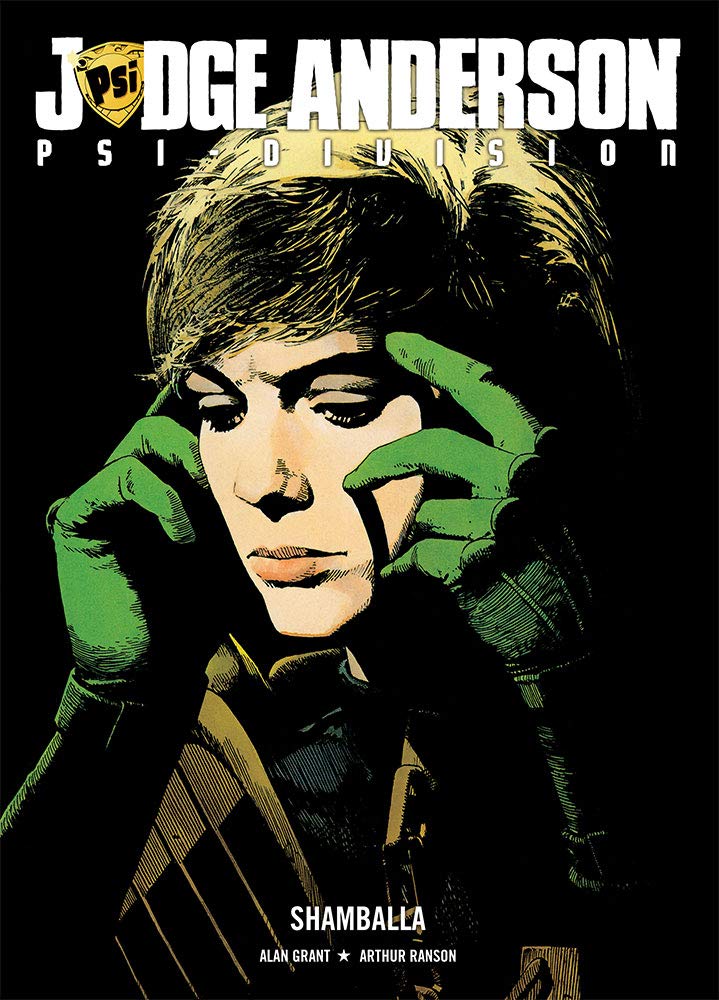 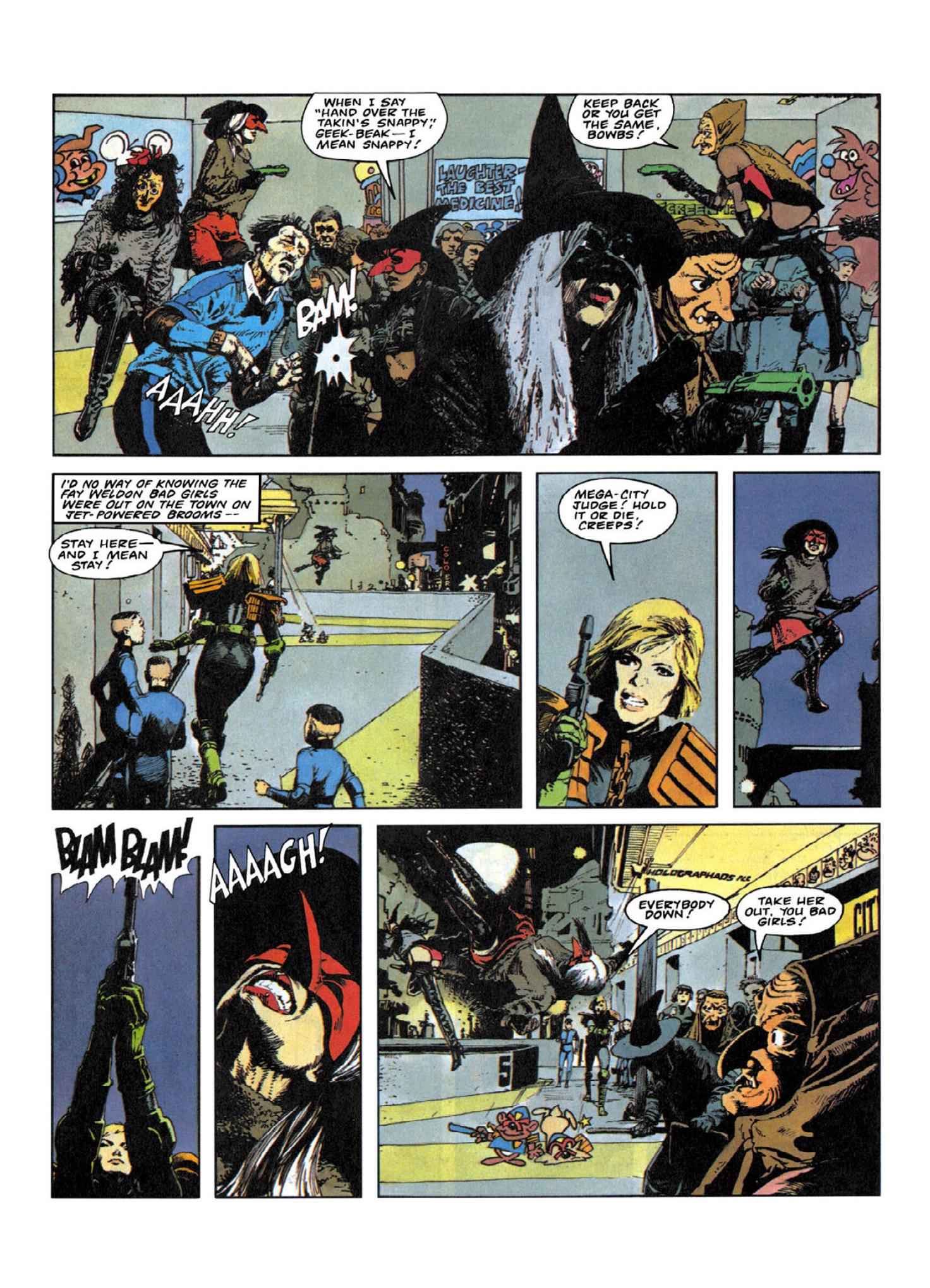 Shamballa collects Judge Anderson stories produced by Alan Grant and Arthur Ranson over roughly twelve years from 1990. There’s both bad and good to this. Grant plotted Anderson’s stories as a continuing journey, and other artists contributed to that journey, which means there’s a jerky continuity. However, while it might be expected that other artists weren’t up to Ranson’s astonishing standards, some were considerably below, and this is nothing but prime art.

The title story is where Grant pulls Anderson away from just being a Judge with psychic abilities into a questioning character with a spiritual side. Amid a trip to the Himalayas to investigate a threat she learns there’s more to life than she realised, and it sets her on a path where she begins to ask about the legitimacy of her career as a Judge. The ramifications rumble through the remainder of these stories. Grant varies the tone well, the mysticism of ‘Shamballa’ is not really revisited in this collection, although Anderson having a philosophical debate with Satan is not far removed. Beyond an occasional dry quip, the lack of humour distances the strip from Judge Dredd, and if there is a joke, it’s bleak. The best example is what the Judges concede as a solution intended to offer hope after an outbreak of citizens setting themselves on fire during ‘The Protest’.

As good as Grant is, what makes the collection so memorable is Ranson’s art. There’s page after page after page of detailed splendour, real craft, technique and elegance present in the rendering and seemingly nowhere that Ranson doesn’t show a willingness to supply infinite detail to sell the illusion of reality. He goes well above and beyond what most artists would provide, and you could frame almost any page. It’s a real surprise on one occasion where he briefly uses washes of colour as backgrounds, but it services the story, and Ranson’s also good with the conceptual needs of ‘R*Evolution’, the final and most convoluted outing, always beyond predicting.

Each of the tales has its own memorable strangeness, be it Satan, crooks masquerading as witches or a melded personality of seven former individuals, and during each of them Grant asks thought-provoking questions. Furthermore, given the topics at hand, the writing can be more descriptive, sometimes almost poetic, in a way the standard Dredd outing can’t be. “His voice in our heads… a broken fingernail on raw silk” describes Satan’s communication. Best of all Grant really gives us an understanding of Cassandra Anderson the person, courageous, adaptable and far tougher than she looks. Anderson’s solo outings are overlooked and under-rated when it comes to the best of Dredd’s world, and this is a great collection.

‘Shamballa’ and a combination of ‘The Jesus Syndrome’ and ‘Satan’ can be found in earlier, slimmer collections, but album-sized, so better showing off Ranson’s art. They’re also available as a hardcover volume forming part of the Judge Dredd Mega Collection: Shamballa.