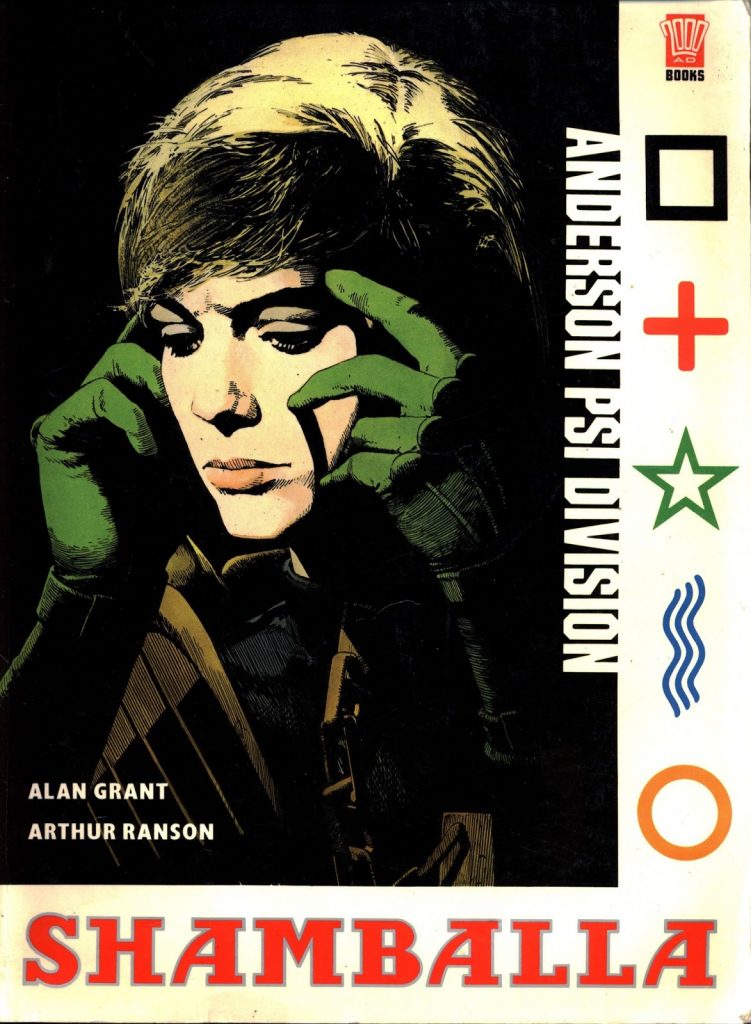 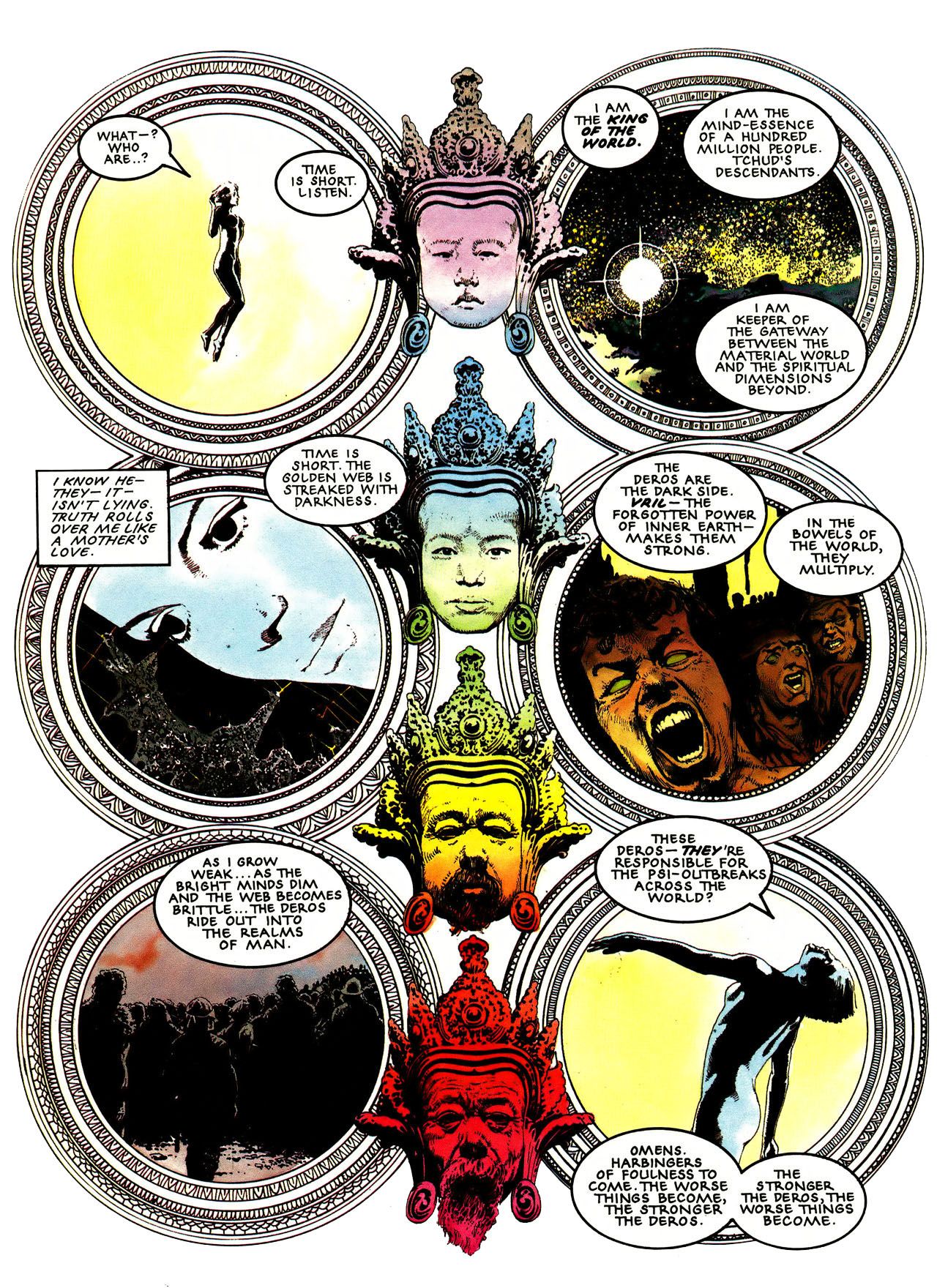 In Mega-City One citizens are attacked by giant cats with distinctive green eyes who then vanish, their paw prints stopping dead. It’s a process repeated in other places, the attacks much the same, only the form of animal different. In East Meg it’s bears, and in other parts of the world more mythical creatures. Judge Anderson’s psychic talents enable her to tap into what’s going on, while East Meg psychic Amisov manages the same. Their search leads them to the mystical Himalayan city of Shamballa.

Judge Anderson’s earliest solo outings were in effect Judge Dredd stories with some psychic content, set in Mega-City One and utilising its surroundings and history. Shamballa is when Alan Grant started to draw Anderson away from that into something altogether more ethereal and spiritual, asking bigger questions about life and the universe. He involves the hitherto unseen Department of Fortean Events, named after Victorian investigator Charles Fort, who wasn’t inclined to believe something just couldn’t happen, and looked into it from that mindset.

The location serves to further free the strip from its past, and so does artist Arthur Ranson, whose astonishingly good naturalistic portraits and wide open spaces couldn’t be further removed from the cluttered mania of Mega City. As seen by the sample, his pages can have a sophisticated design, and are astonishingly decorative. While emphasising space, and the smallness of humanity in comparison with nature, his art is also incredibly detailed when it comes to technology, and there’s a stunning full page illustration of a building carved into cave.

That’s the first we see of Shamballa, an underground community that’s existed since ancient times and which has spread beneath the world over centuries, never again engaging with humanity. Their choice of separation, however, can’t survive mind-readers locking in. Grant characterises Anderson well, suffering a loss and reconsidering her priorities, and becomes quite poetic in doing this. “Inside it feels like a mausoleum”, she muses, “Like, once something beautiful lived here, something that worshipped gods we never heard of, lived lives we can’t even dream about”. All the while Ranson compliments the contemplation with perfect pictures of Asian statuary and artefacts. There’s also the subtext of the deep psychic bond Anderson and Amisov share leading to love, further pulling Anderson away from the sterile Judges.

Shamballa is a slim book, but the compactness is a virtue. Not every story needs to be an epic. This has a mystery, drama and action, amazing art, and from here on Grant would consider Anderson’s experiences a journey.

As it’s a landmark story, ‘Shamballa’ has found its way into other collections. It’s part of Anderson: The Psi-Files Volume 02 along with other Anderson earlier solo outings, and the 2015 Judge Anderson: Psi Division – Shamballa includes it as the title story, but accompanied by a bunch of other material from the same period. Shamballa was also an early release in Hachette’s hardback Judge Dredd Mega Collection, including most of the stories from the 2015 paperback. These editions are reviewed separately.