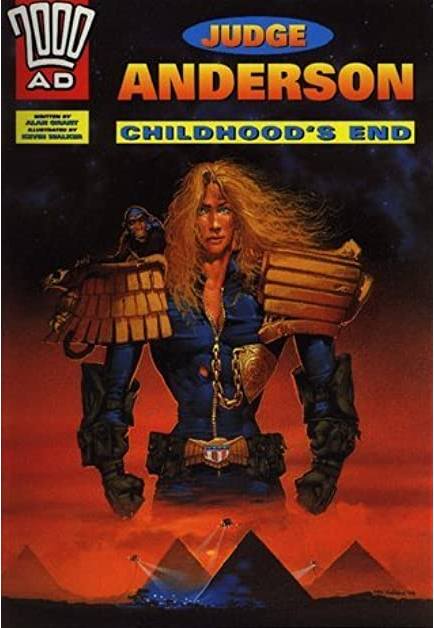 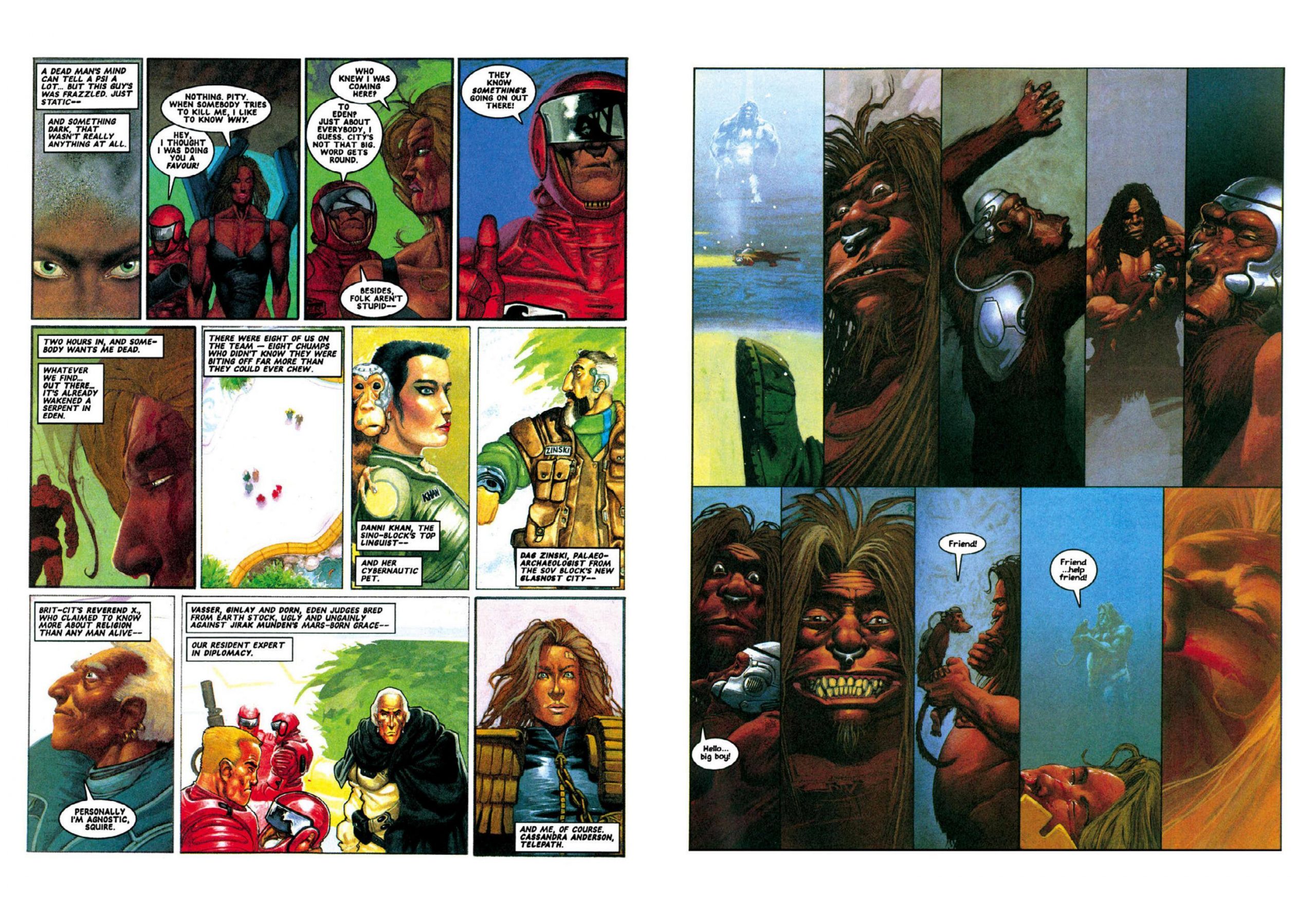 In the early 1990s Alan Grant entirely transformed Judge Anderson’s worldview, thereby distancing her from the authoritarian Judge system running Mega-City One. However, following her continuity via her 1990s graphic novel release schedule was a tricky business. The transformative moment occurred in Shamballa, but Anderson finds herself on Mars in Childhood’s End due to the events of ‘The Jesus Syndrome’. This is collected with a later story in Satan.

It’s best just to consider her conflicted, with the necessary background moments mentioned by Grant if affecting the plot. Her dilemma is summed up very neatly in the opening captions, one of which is Anderson thinking “How do I feel when I know there’s a God? Do I really want to kill him?” She’s on Mars because it’s anticipated that the age-old sculptors of the Martian face seen on the real world pictures beamed back by the 1970s Viking probe are believed to be returning. From this Grant introduces notions about the origins of mankind being not chance, but genetic boosting, and connects ancient and unexplained sites on Earth.

Childhood’s End appeared at a time when many artists were being encouraged to paint their stories for 2000AD, which produced mixed results. However, there’s no doubting Kev Walker’s talent even if his Anderson is Amazonian with the sculpted muscular structure of a bodybuilder, unrecognisable as her slim earlier version without her uniform. A bold use of colour for imaginative design, and unconventional, yet clear storytelling methods ensure Walker’s art remains distinctive, and the better pages are stunning.

As a group of scholars investigate the ancient culture in less than ideal circumstances, Grant throws in an unpredictable wild card from Mega-City One’s past, seemingly only to satisfy the action thriller demands. Otherwise he treats events as a homage to the wild sci-fi imaginings of mid-1970s French creators like Druillet and Moebius who expanded minds and asked questions about humanity’s origins and validity. The narrative purpose of Grant’s wild card is neatly achieved, and while the underpinning of his plots might have deep roots in SF novels, he exploits those themes well, while ensuring events have a personal effect on Anderson is thoughtful. The result is another memorable Anderson outing.

Childhood’s End is now more easily found incorporated in the second volume of Judge Anderson: The Psi-Files, but for fans of Walker’s art, this 1990s album sized edition is the better buy. However, it’s also hard to resist the hardcover of the same title issued as part of the Judge Dredd Mega-Collection, which is reviewed separately as it contains considerable additional material. 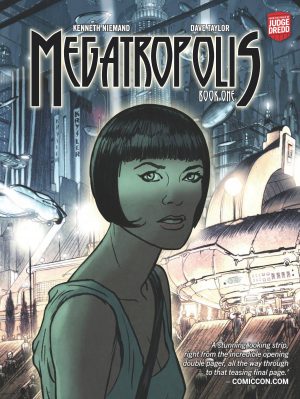 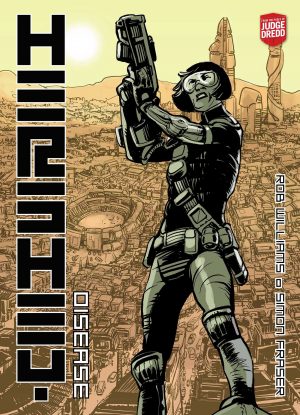 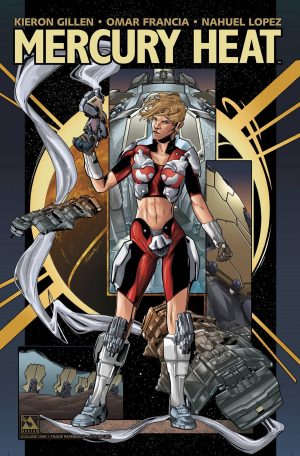