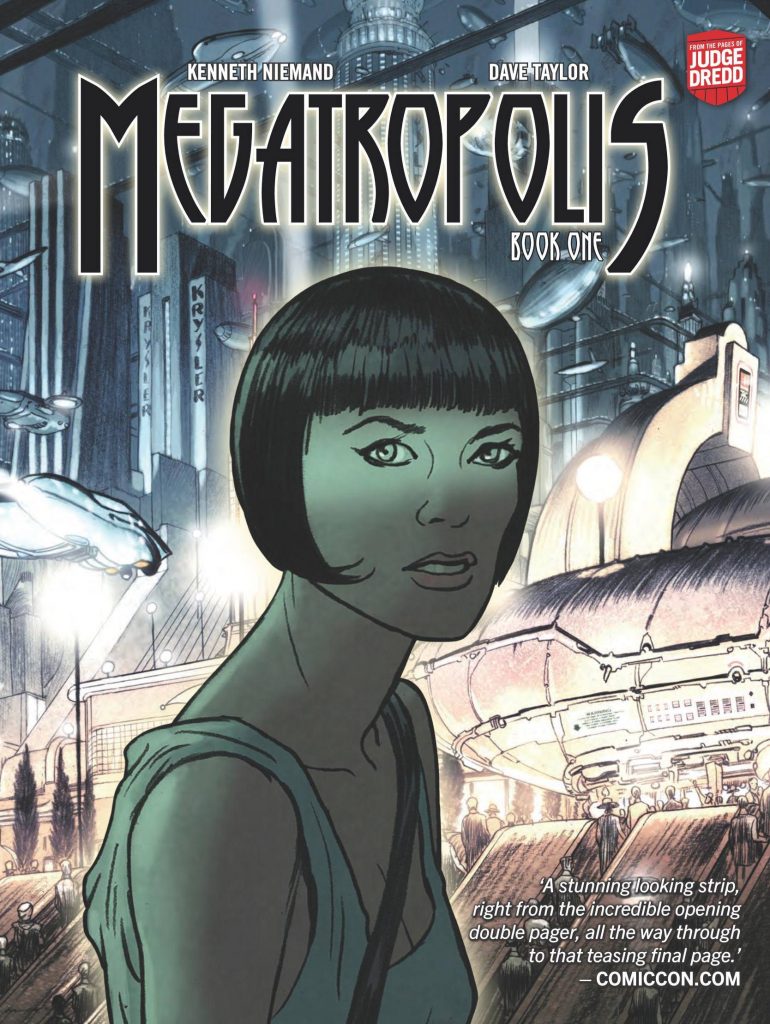 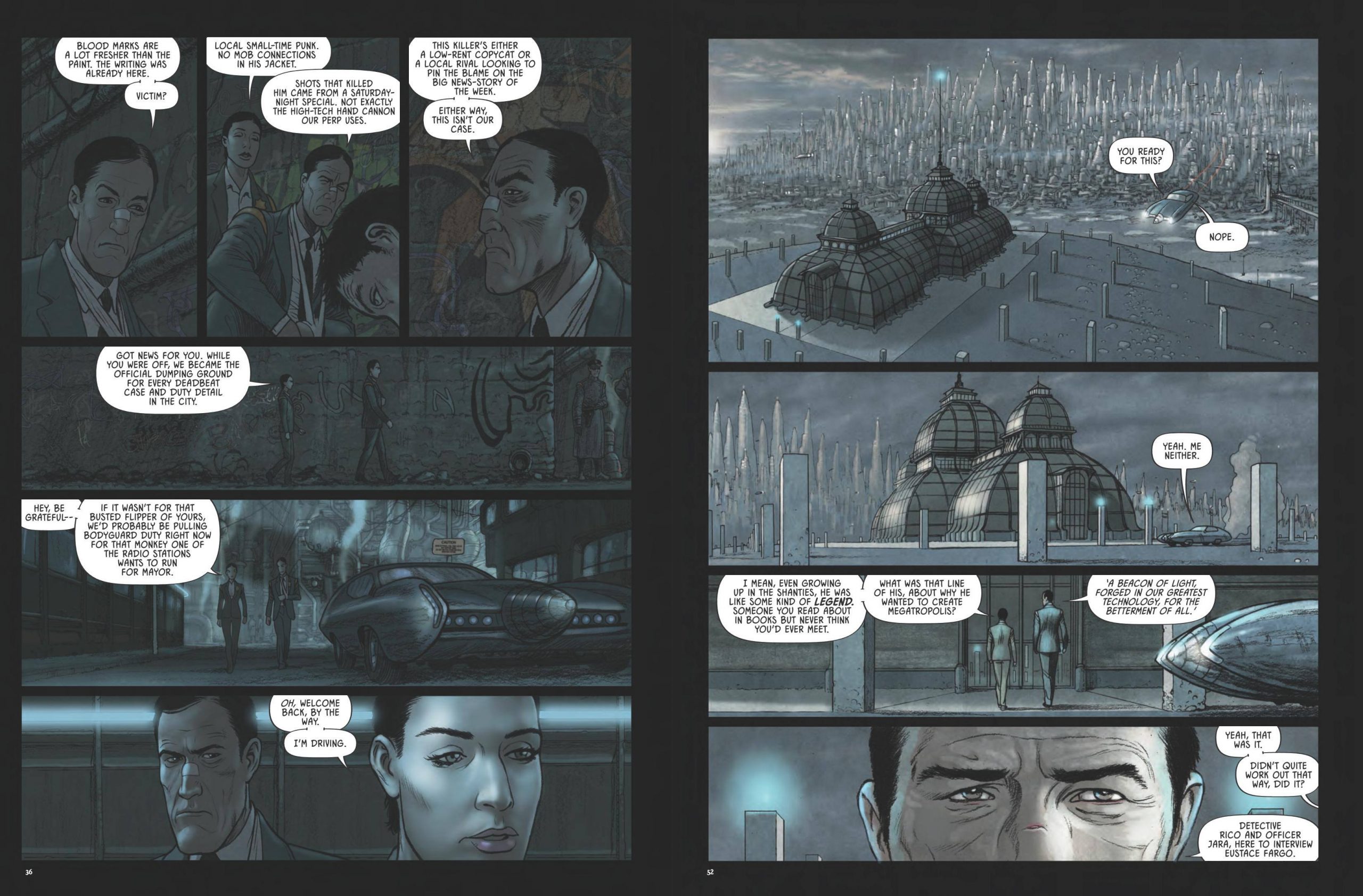 Megatropolis hinges on an idea so obvious in hindsight one wonders why no-one thought of it before Kenneth Niemand. That’s so often the case with good ideas. The concept is looking back to the early days of an alternate Mega-City One where there’s a vast police department, but not Judges in a very different looking city. Niemand emphasises the differences via an opening page news report dropping many known names, but under different circumstances.

That opening spread is also gloriously designed by Dave Taylor, revealing Megatropolis as having a retro-future look where decorative architectural curves predominate instead of concrete blocks. Elsewhere he provides a steamy underbelly in tunnels strung with cabling and impossibly complicated machinery, and easily distinguished, but deliberately not glamourised people. While bikes are seen, the police use car-like skimmers to fly about the city, and although there are some obvious nods to the designs of Fritz Lang’s Metropolis film, Taylor takes his own conceptual journey, with particular attention to colour. It’s a very rare scene that’s bright, and generally associated with a particular character, while the remainder of the pages are supplied in various shades of dull blue.

Our way into Megatropolis is via recently transferred officer Amy Jara, who in the line of duty killed the child of one of the area’s richest families, possessing a name that resonates. It’s plain that almost everyone in the police department resents her for it. She’s partnered with Joe Rico, wily, honest and single-mindedly gathering evidence on police corruption. Just as Taylor’s designs echo the past, so does Niemand’s dialogue, the terminology redolent of 1930s gangster movies. While he’s dealing with the future Neimand also sifts in contemporary real world issues, although only in passing, along with more and more names those who know Judge Dredd’s history will recognise. But where is Dredd’s equivalent in all this? And just who is that mysteriously capable gunman in a distinctive helmet riding a bike?

Niemand is an extremely intuitive writer, on several occasions delivering reveals at just around the time readers will be asking “but what about… ?” He’s also aware that for all the initial novelty, alternate world homages can rapidly wear thin, skating too close to the already known, and he avoids the obvious traps. There’s enough to intrigue because it sounds familiar, but while those names are being dropped Niemand’s introducing the primary portion of his own plots. Megatropolis is a success on every level as SF crime drama, and how the plots developed here play out is something we should all look forward to. 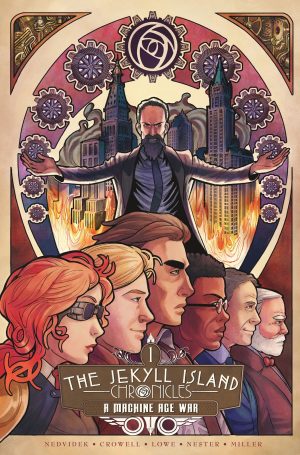