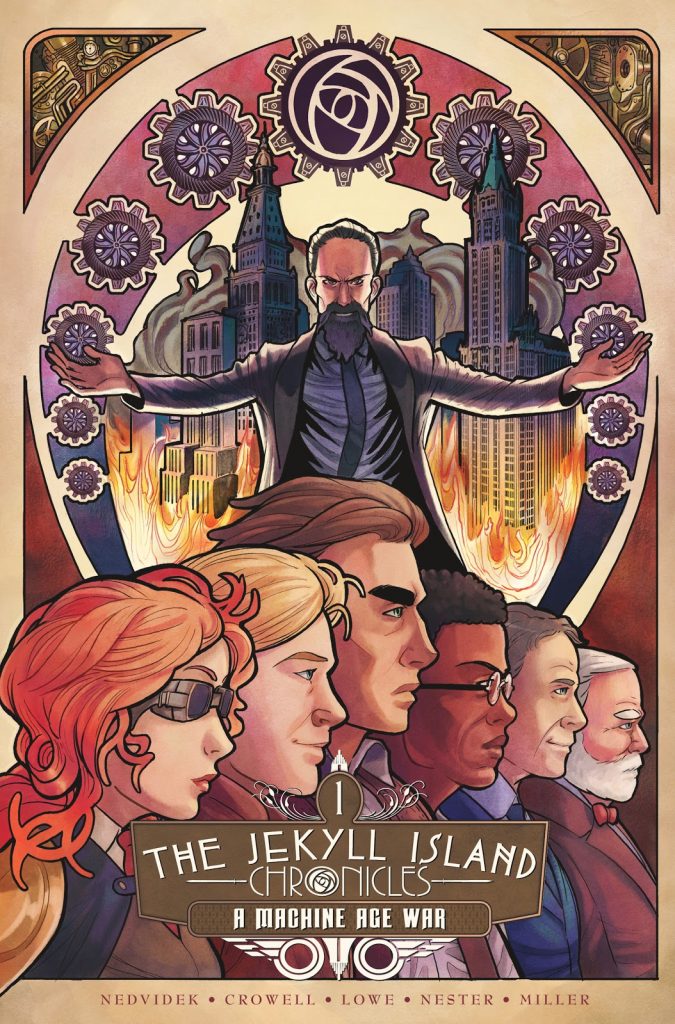 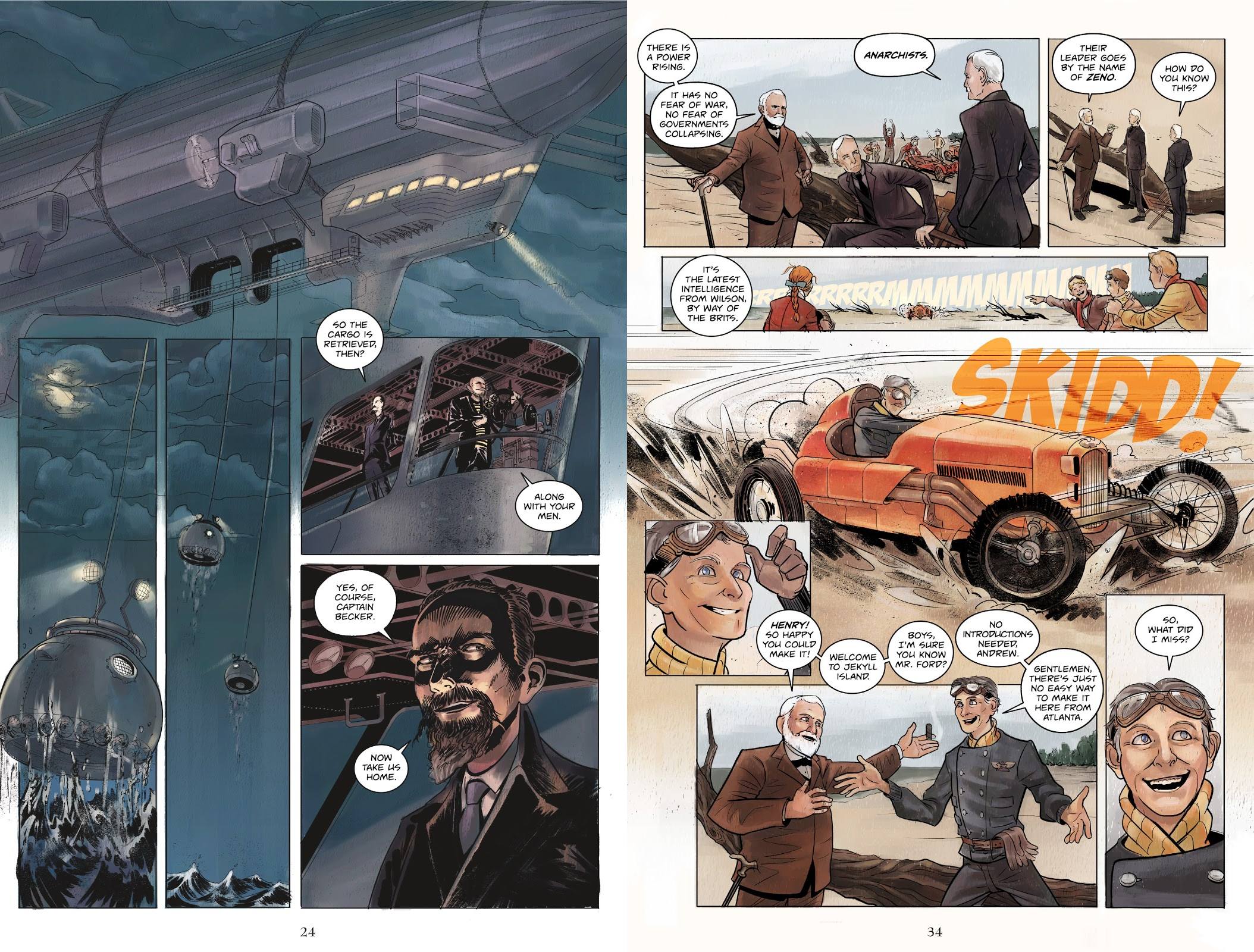 Jekyll Island is located just off the coast of Georgia, and it’s where in the early days of the 20th century many of the USA’s richest industrialists maintained properties. Momentous financial decisions were taken in discussions held there, and the writing team of Steve Nedvidek, Ed Crowell and Jack Lowe (billed in that order) use that as the basis for their alternate world history picking up at the end of World War I. US President Woodrow Wilson doesn’t believe the 1918 armistice will end problems in Europe, and fears anarchist agitators toppling dominoes leading to changes in the USA. What can be done?

Much of the writing is in broad strokes, the fictional villains only a cackle away from cliché and the real industrialists presented as fine upstanding gentlemen. A considerable amount of time is spent with the likes of Andrew Carnegie and Henry Ford as they puzzle how they can keep America safe from a vague threat able to strike rapidly and without fear at the heart of capitalism. This involves the actual anarchist mail bombs of 1919.

Artist J. Moses Nestor picks up a lot of slack. The extremely leisurely pacing is to some extent disguised by the effort he puts in, this his first big gig after graduating from art school. He cultivates a belief in the lifestyles of the rich and famous by surrounding them with opulence, but never scene stealing. When a laboratory is seen, Nestor supplies a wondrous miasma of tubes, valves and dials, and he’s spent a lot of time staring at pictures of American cities to reproduce them so confidently.

There’s a brief disappointment when it seems the writers are just going to introduce versions of superheroes to their story, but they skirt around familiarity, and when those characters are used in the big set piece there’s a naturalness to their involvement. A Machine Age War weaves the story well around known events, and dramatic licence enables those taking place in secret to slot well around them. The only real problem is the pacing. Too much time is spent explaining what’s not really required at the expense of some zip, but this is nevertheless a fun romp, and the story continues in A Devil’s Reach. 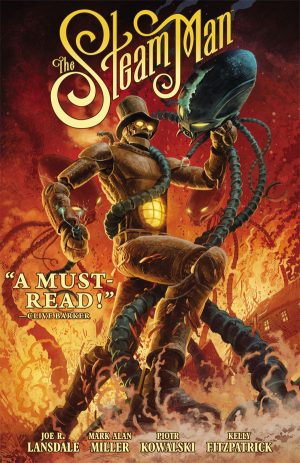 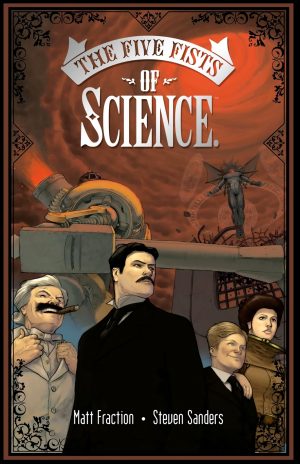