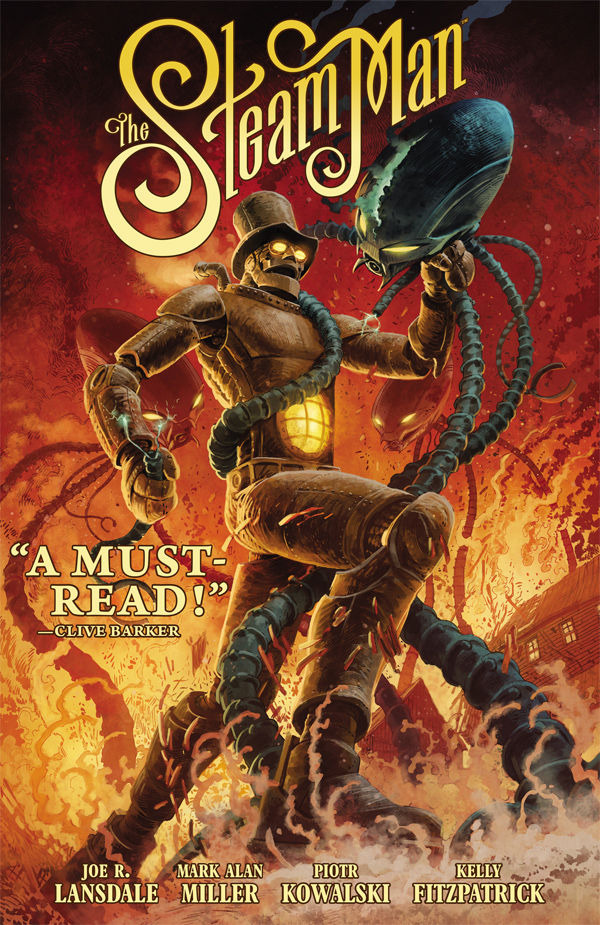 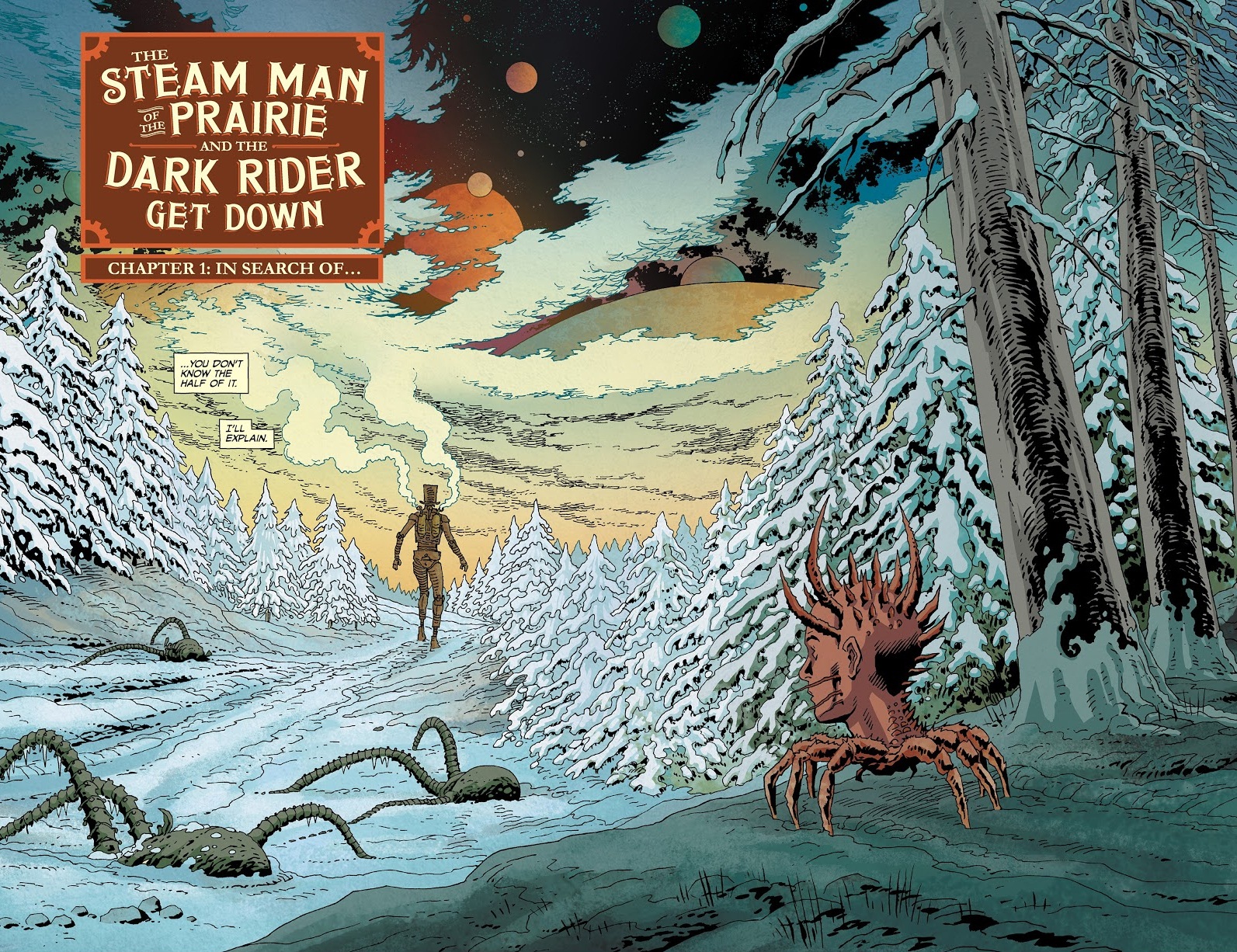 The Steam Man is an almost complete genre mash-up. Joe R. Lansdale is known for his horror tinged Westerns, but this also throws in steampunk science fiction, as Captain William Beadle and his crew transport their giant steam controlled robot through the USA in 1899. Beadle constructed the Steam Man as a response to the skies opening up and an invasion of tentacled creatures, a sly reference to War of the Worlds, but they’re not the real menace. Beadle has identified a creature he calls the Dark Rider as the controlling intelligence, and as the story continues further references to the vintage science fiction of H.G. Wells become the sparks that fire the plot.

Superlative design work by artist Piotr Kowalski goes a long way to creating a great first impression. The Steam Man towers over the forest trees, and at that height it provides wonderful visuals as it trudges across the countryside. In keeping with the turn of the 20th century setting, Kowalski uses crosshatching and feathering to create an appropriate look, and the thought of the design extends to the complicated internal workings of furnace, ladders and levers. The Steam Man itself isn’t the only piece of great design. Look for the horse deep into the story.

Landsdale keeps his plot relatively simple in exploring the ideas introduced in the opening chapters. What we expect will happen largely does, but because what we expect looks spectacular it’s no disappointment. Unless you’re of a sensitive disposition, because Lansdale doesn’t hold back when it comes to sadism and torture, pandering to lowest common denominator desires. That’s also reflected in the dialogue of Mark Alan Miller, who’s very free with the gratuitous swearing, writing Beadle as the Reed Richards of 1899, but as if afflicted by Tourette’s Syndrome.

Ultimately The Steam Man looks fantastic, but there’s not much to commend it beyond that.