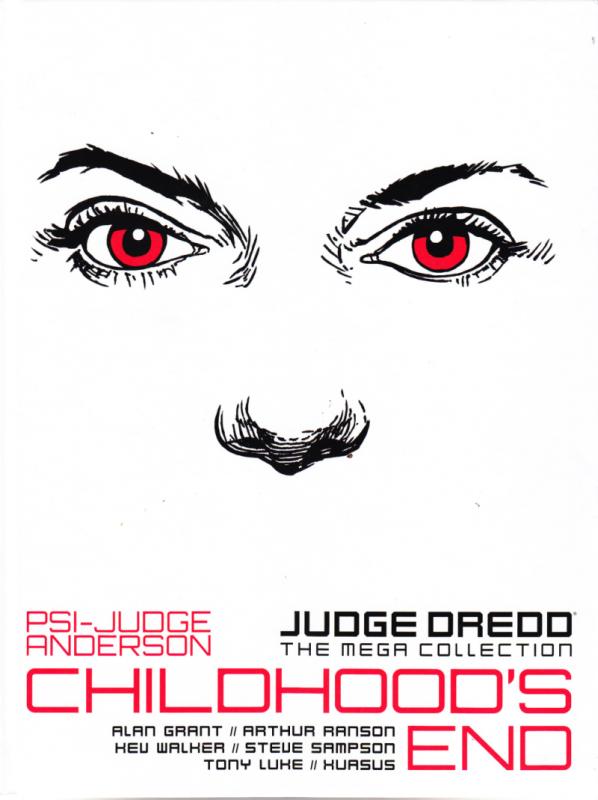 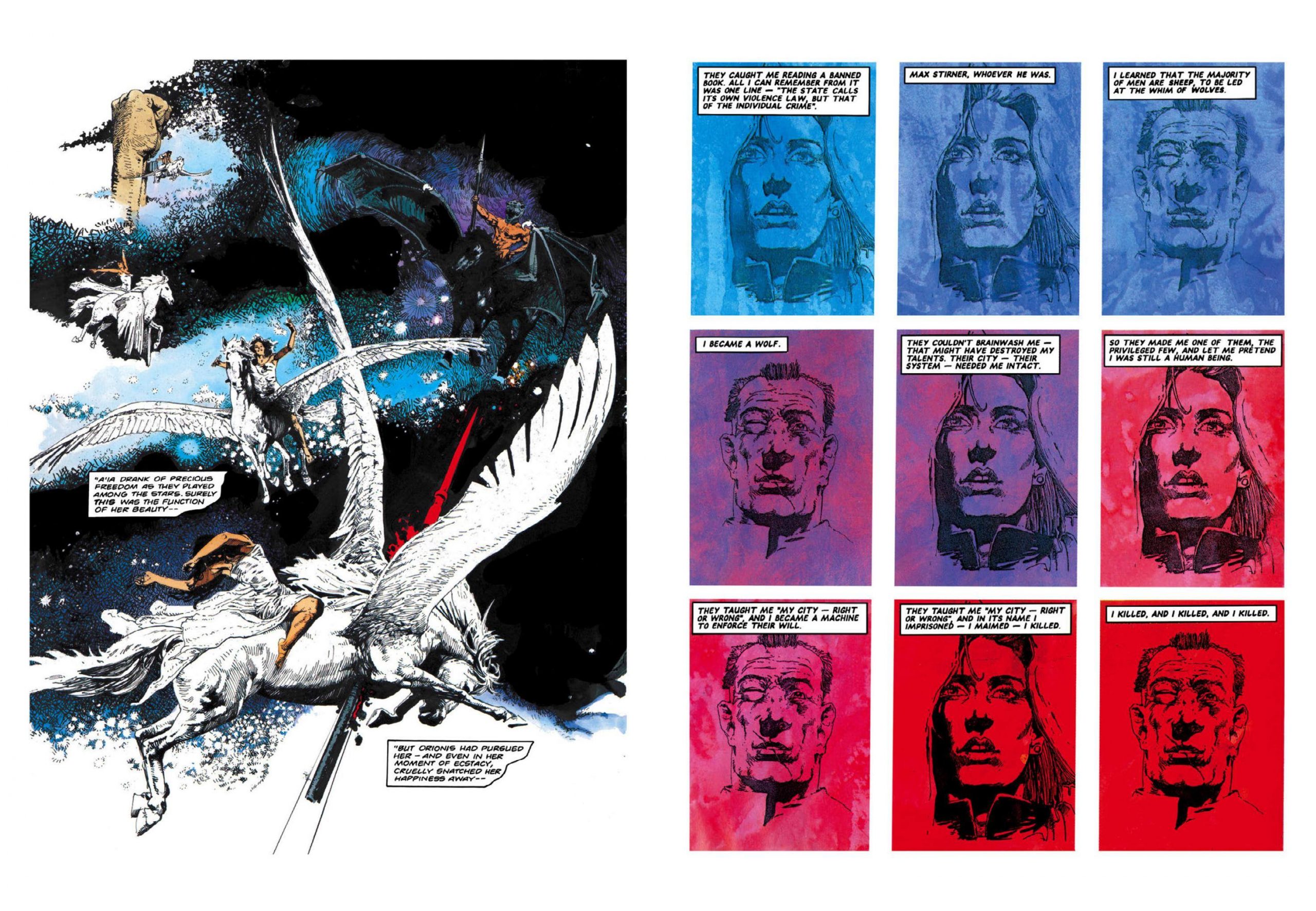 After her first few solo outings, collected in The Possessed, Alan Grant became the sole guider of Cassandra Anderson’s destiny, and the way Mega-Collection content is selected somewhat messes with the continuing spiritual journey Grant conceived for her. Childhood’s End may miss some stories, but at least supplies the continuity in order. Unfortunately, ‘The Jesus Syndrome’ had already been consigned to the Shamballa selection and ‘Engram’ to a later volume with that title, when both are instrumental in deciding what happens here.

The volume begins with Anderson still in Mega-City, having undergone a spiritual revelation, and experienced the death of a good friend. Two short stories are beautifully drawn by Arthur Ranson, Grant giving Anderson a form of celestial vision in the first, intriguingly underground, and a more commonplace threat in the second.

We next see Anderson heading into space, having been shipped off Earth. Her dilemma is summed up very neatly in the opening captions, one of which is Anderson thinking “How do I feel when I know there’s a God? Do I really want to kill him?” She’s on Mars because it’s anticipated that the age-old sculptors of the Martian face seen on the 1970s Viking probe pictures are believed to be returning. From this Grant introduces notions about the origins of mankind being not chance, but genetic boosting, and connects ancient and unexplained sites on Earth, while returning an old enemy with their own dangerous agenda.

The title story was previously issued as a seperate album, and is the longest in this collection by some distance. It’s very imaginatively drawn by Kev Walker, whose liking for bold acrylic-style colour adds atmosphere. For some reason, though, he chooses not to draw the slim Judge Anderson seen in every other story to date, but a woman with a body builder’s physique. It’s a strange decision, but an acceptable price for the creativity and vision he applies to the remainder.

Once that’s over Anderson chooses to stay off Earth, and Grant supplies a selection of entertaining shorts about the various places she visits. They showcase his ability to write across several genres, and the best of them follows up on a character from the title story.